Accessibility links
Bush's 'Art Of Leadership' Puts Putin And Others On Display : The Two-Way The 43rd president has taken up art since leaving the White House. The Bush center in Dallas is showing some of his portraits of world leaders. His favorite: that of his father, the 41st president.

Bush's 'Art Of Leadership' Puts Putin And Others On Display

Bush's 'Art Of Leadership' Puts Putin And Others On Display 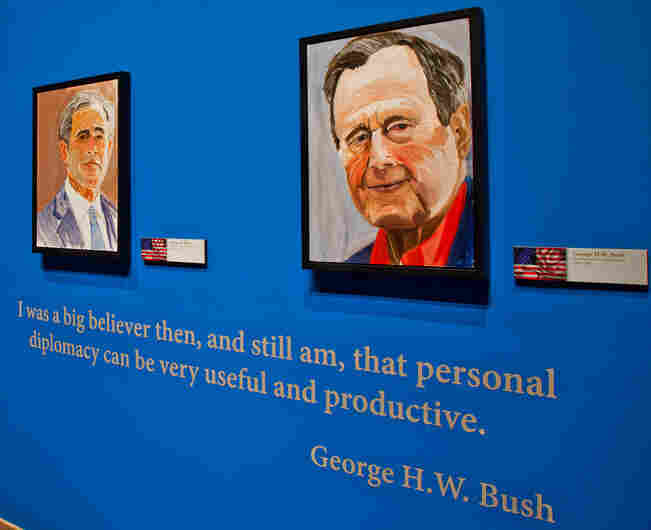 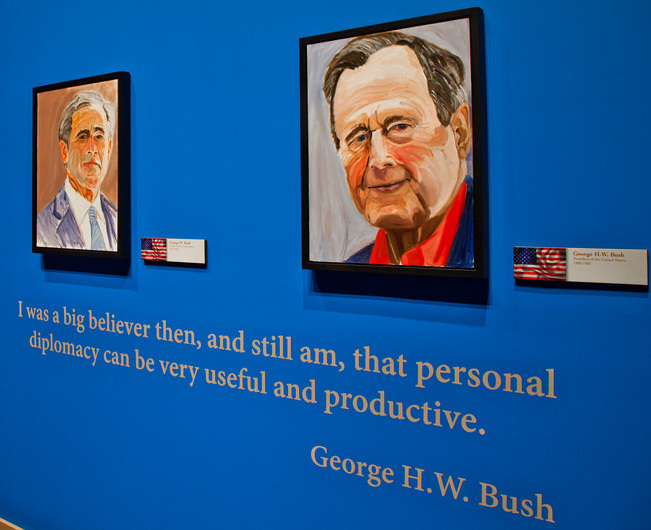 "The Art of Leadership: A President's Personal Diplomacy" officially opens Saturday at the George W. Bush Presidential Center in Dallas.

As the nation's 43rd president says: "Who woulda thought it?"

Talking with his daughter Jenna Bush Hager during a pre-recorded interview on NBC-TV's Today show, the self-deprecating Bush says:

Bush, who as we've said before took up painting after he left the White House in January 2009, has put more than two dozen portraits he's done of other world leaders on display. The subjects include Russian President Vladimir Putin, former British Prime Minister Tony Blair and Afghan President Hamid Karzai.

Also on display: "artifacts, photographs, and personal reflections to help illustrate the stories of relationships formed on the world stage," according to the center.

Bush says his favorite from among the paintings is that of his father, the nation's 41st president. "I painted a gentle soul," he tells Jenna Bush Hager. 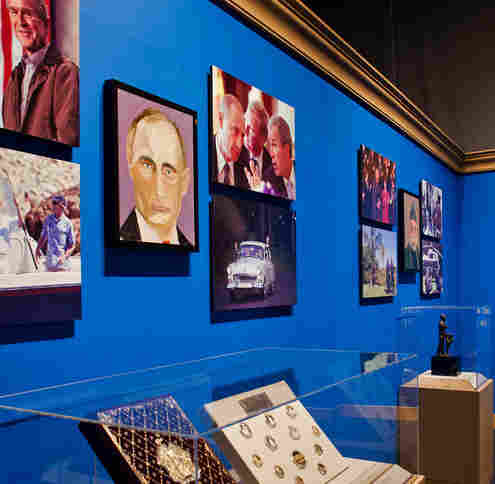 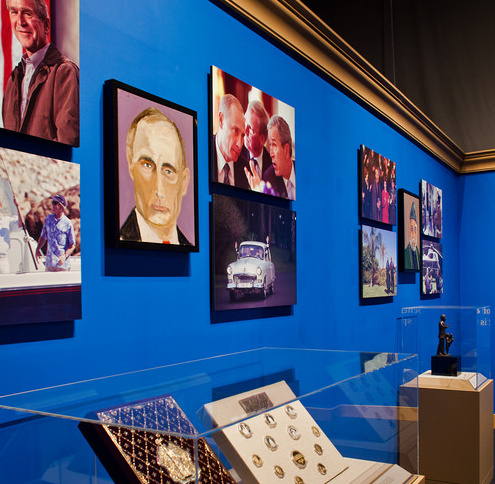