Accessibility links
Kerry: 'Reality Check Time' In Middle East Peace Talks : The Two-Way The secretary of state says both Israel and the Palestinians need to "spend some time thinking about making some very difficult decisions." 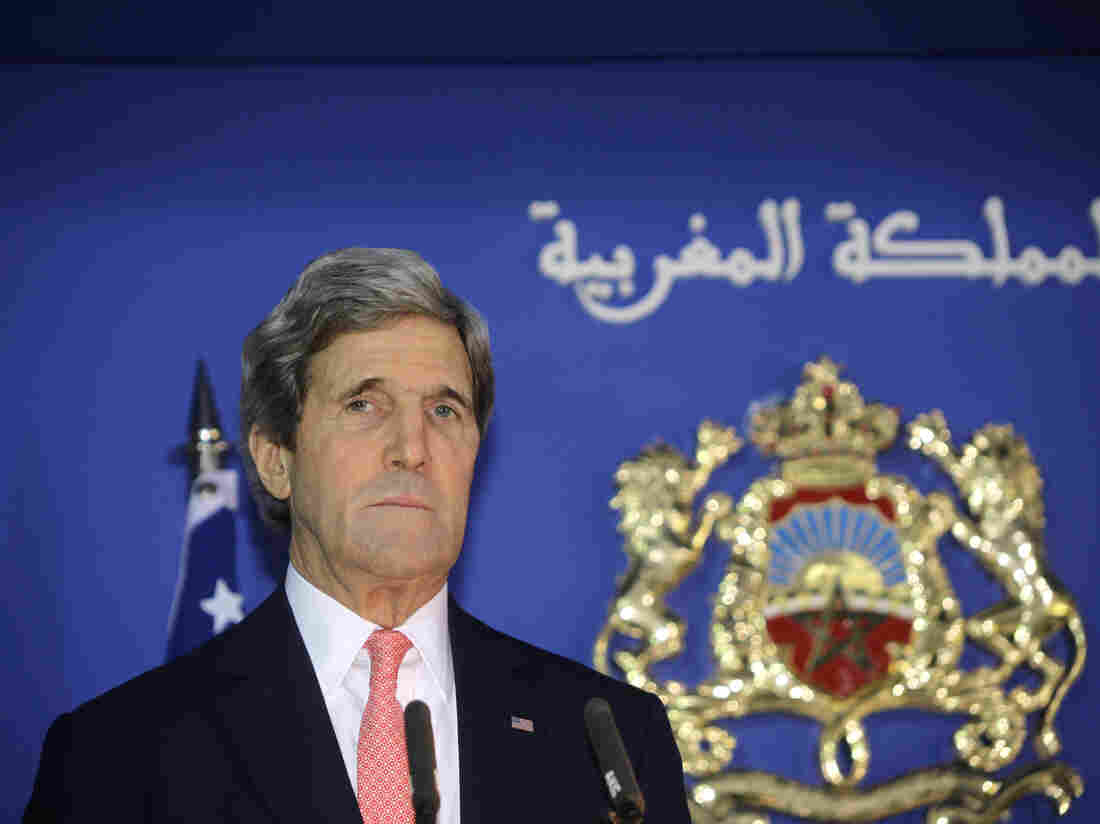 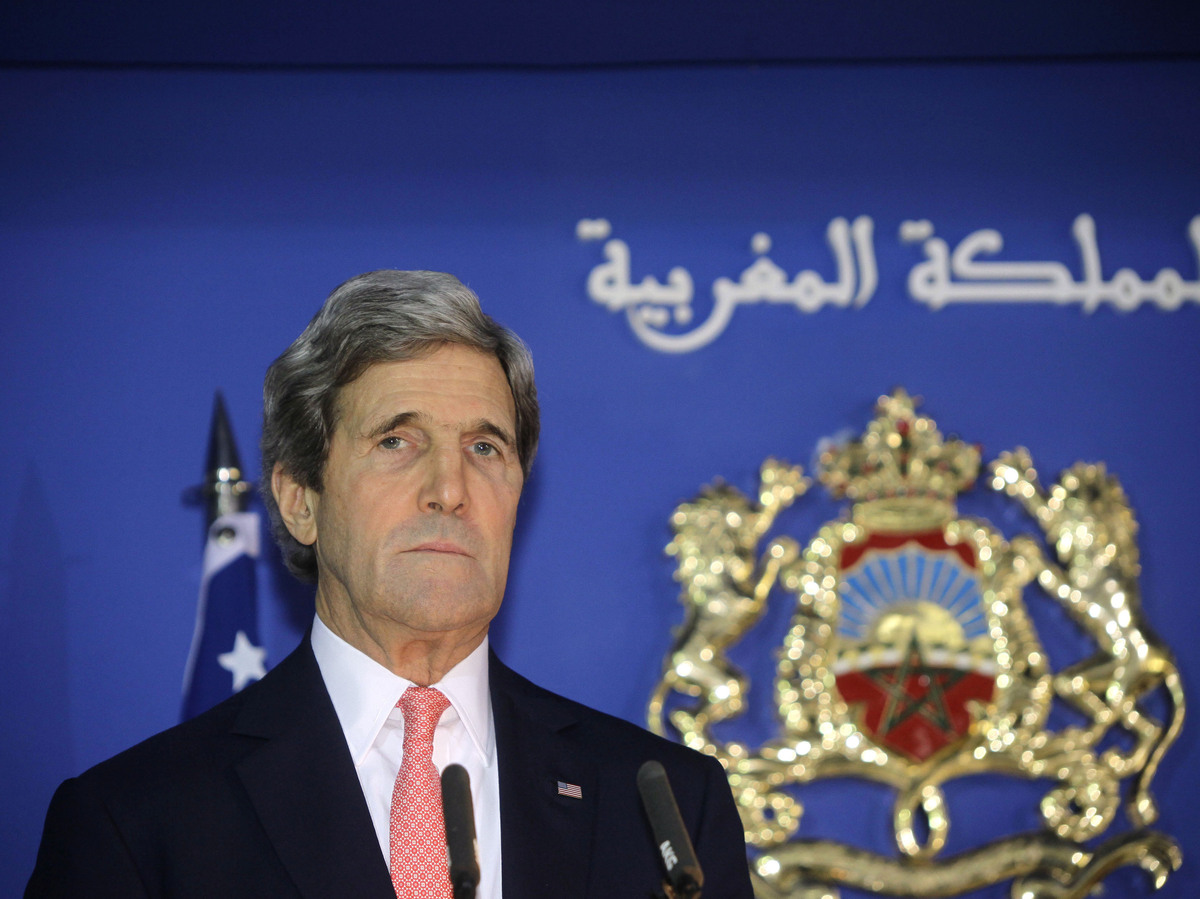 Secretary of State John Kerry speaks at a news conference with Moroccan Foreign Minister Salaheddine Mezouar following a bilateral strategic dialogue at the Foreign Ministry in Rabat, on Friday.

Frustrated by obstacles encountered in talks between Israel and the Palestinians, Secretary of State John Kerry said Friday that the White House was re-evaluating its role in the process, and that the time had come for a "reality check."

Speaking at a news conference in Rabat, Morocco, Kerry said the dialogue that the U.S. has been mediating is "not an open-ended effort, it never has been.

"There are limits to the amount of time and effort that the United States can spend if the parties themselves are unwilling to take constructive steps in order to be able to move forward," Kerry said, adding that it is "reality check time."

"There's no doubt that we have reached a point where the Palestinian leaders and the Israeli leaders need to spend some time thinking about making some very difficult decisions," he said.

As we reported earlier this week, the main stumbling block is over a Palestinian threat to walk out of the talks if Israel doesn't fulfill a commitment to free 26 Palestinian prisoners in exchange for the Palestinians not seeking United Nations recognition.

In addition, Israel has insisted that the U.S. release spy Jonathan Pollard, who was convicted in 1987 of espionage on behalf of the Jewish state. He is serving a life sentence in the United States. Israel says it will extend the peace process until 2015 if Pollard is freed.

"The secretary's goals have gradually receded as his Middle East team tried to coax the two sides to negotiate over issues that have bitterly divided them for decades.

"After securing a full treaty seemed too daunting, Mr. Kerry's team focused on securing a 'framework' within their nine-month target date that would outline the main parameters of an agreement.

"More recently, just persuading the two sides to extend the talks beyond April has been Mr. Kerry's all-consuming mission.

"Even then, Mr. Kerry has clung to his ultimate vision of completing a comprehensive accord that would resolve the Israeli-Palestinian conflict once and for all."