Accessibility links
Mickey Rooney, Actor Who Charmed Audiences For More Than 80 Years, Dies : The Two-Way The legendary pint-sized actor got his first Hollywood role at the age of 6 and became a box-office powerhouse in the 1930s and '40s with his work in the Andy Hardy series. 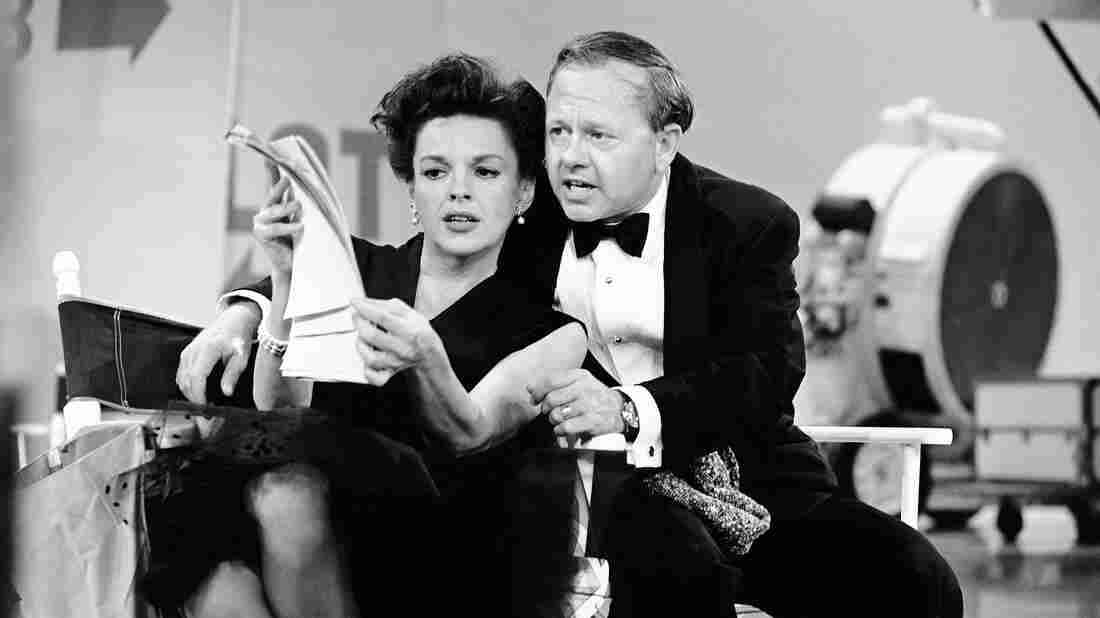 Judy Garland and Mickey Rooney put their heads together over a TV script for their first onstage reunion in 18 years in this 1963 photo. AP hide caption 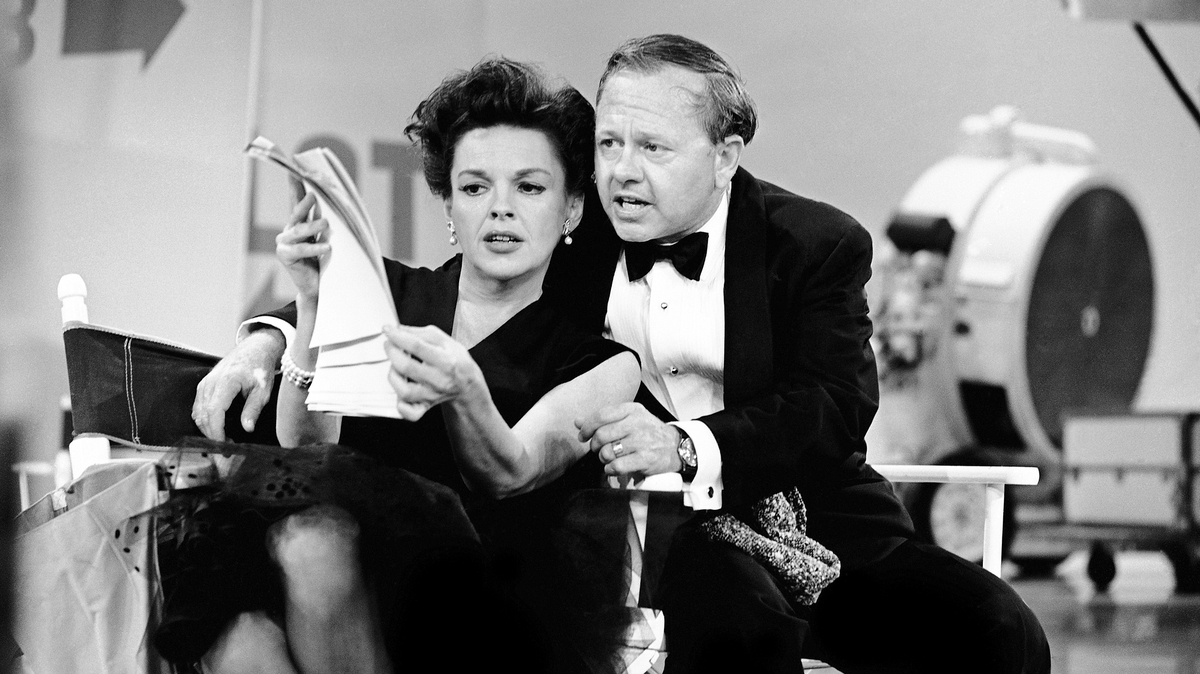 Judy Garland and Mickey Rooney put their heads together over a TV script for their first onstage reunion in 18 years in this 1963 photo.

Mickey Rooney, the legendary actor who got his first Hollywood role at the age of 6 and starred in more than 200 films over the course of a turbulent career, has died. He was 93.

Charlene Rooney tells the Los Angeles Times that her father-in-law died of natural causes Sunday at the Los Angeles home he shared with her and her husband, Mark Rooney.

The actor was a box-office powerhouse in the 1930s and '40s. On Morning Edition, Becky Vlamis says it was Mickey Rooney's work in the Andy Hardy series that showcased his "youthful, wholesome appeal and catapulted him into stardom. He starred in 16 Andy Hardy pictures altogether. During that same period, MGM dreamed up another teen franchise — starring Rooney and the young Judy Garland as a plucky song-and-dance act."

"He stood only a few inches taller than five feet, but Mr. Rooney was larger and louder than life. From the moment he toddled onto a burlesque stage at 17 months to his movie debut at 6 to his career-crowning Broadway debut in Sugar Babies at 59 and beyond, he did it all. He could act, sing, dance, play piano and drums, and before he was out of short pants he could cry on cue.

"As Andy Hardy, growing up in the idealized fictional town of Carvel, Mr. Rooney was the most famous teenager in America from 1937 to 1944: everybody's cheeky son or younger brother, energetic and feverishly in love with girls and cars. The 15 Hardy Family movies, in which all problems could be solved by Andy's man-to-man talks with his father, Judge Hardy (played by Lewis Stone), earned more than $75 million — a huge sum during the Depression years, when movie tickets rarely cost more than 25 cents."

"While Rooney grew older, he never grew taller, which prevented him from being cast as a leading man. Facing mounting financial problems, he took a number of smaller parts during the 1950s and '60s, including a rather embarrassing role as the temperamental Mister Yunioshi in Breakfast at Tiffany's in 1961.

"Eventually, Rooney overcame years of gambling and alcohol abuse through a newfound devotion to Christianity and the marriage to his eighth and final wife, Jan Chamberlain, in 1978.

"A year later, Rooney got the second big break of his career in Sugar Babies, a collection of Burlesque comedy sketches set to music. The material was an easy fit for Rooney and co-star Ann Miller, both old vaudevillians.

"In the wake of his success with Sugar Babies, Rooney seized the opportunity to do some higher-profile work. He won a Golden Globe for his performance in the made-for-TV-movie Bill, in which he played a mentally handicapped adult. In 1983, Rooney — who by then had over 200 films under his belt — was awarded an Oscar for lifetime achievement."