Accessibility links
Oscar Pistorius Sobs On Witness Stand At His Murder Trial : The Two-Way The double-amputee runner tells the court of the moment he says he realized he shot and killed his girlfriend, Reeva Steenkamp, and not an intruder.

Oscar Pistorius Sobs On Witness Stand At His Murder Trial

Oscar Pistorius Sobs On Witness Stand At His Murder Trial 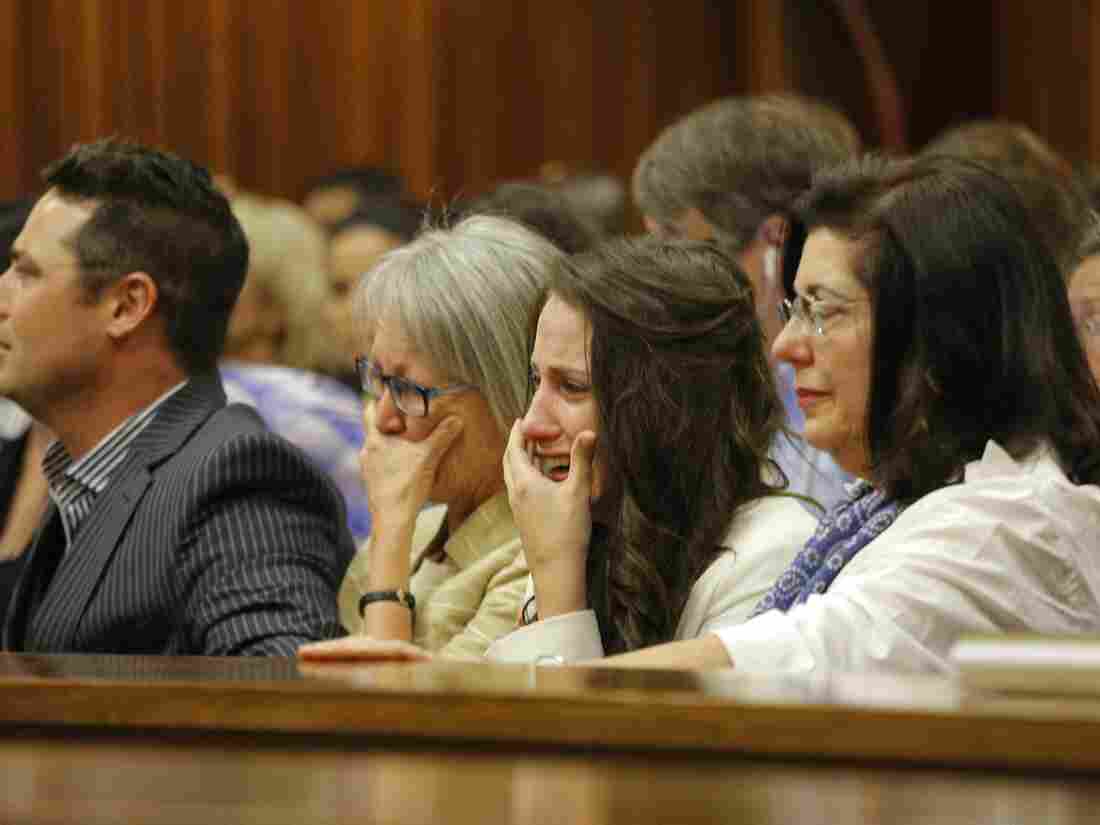 Aimee Pistorius (second from right) cries as she hears her brother Oscar speak Tuesday during his murder trial in Pretoria, South Africa, about the night he killed Reeva Steenkamp. Kim Ludbrook/EPA/Landov hide caption 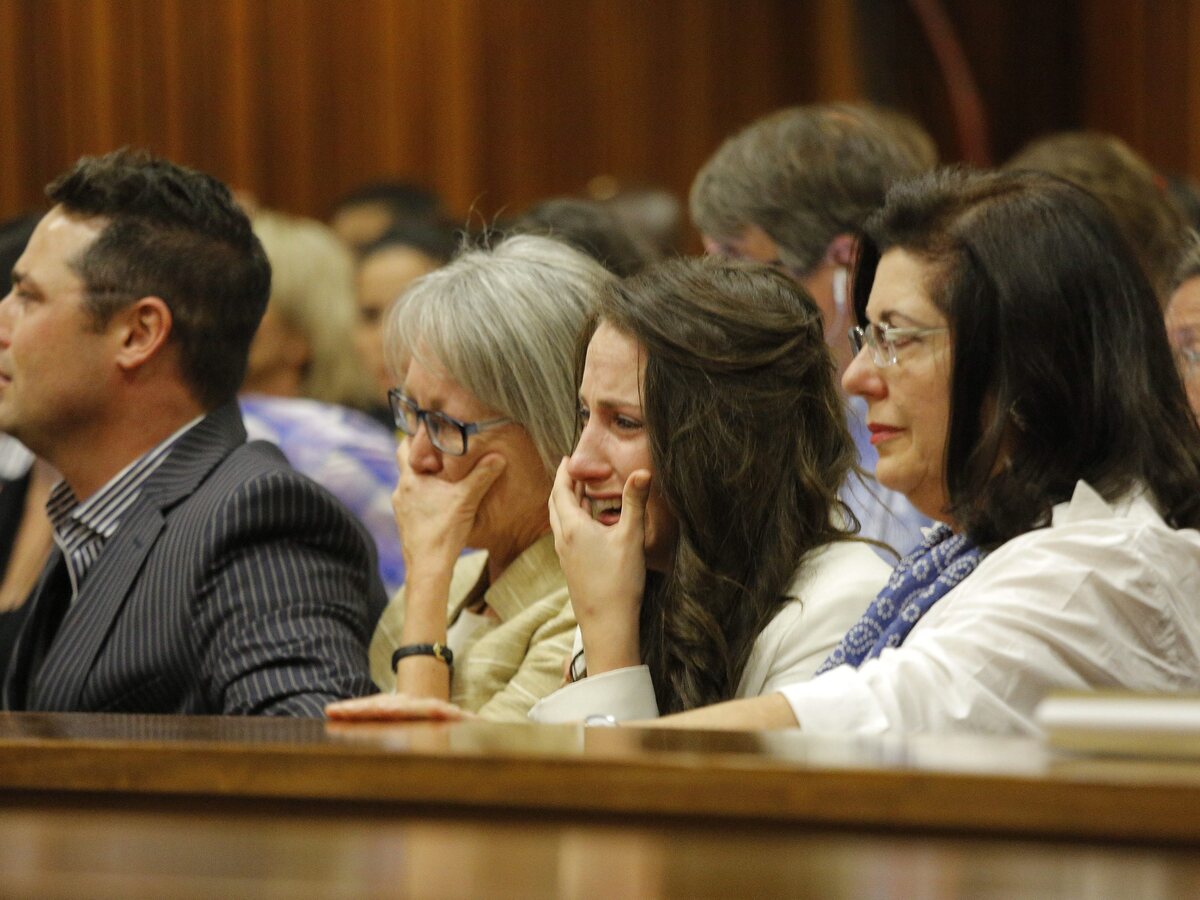 Aimee Pistorius (second from right) cries as she hears her brother Oscar speak Tuesday during his murder trial in Pretoria, South Africa, about the night he killed Reeva Steenkamp.

Oscar Pistorius sobbed and wailed from the witness stand in his murder trial in South Africa as he recalled what he maintains was the accidental fatal shooting of his girlfriend.

Pistorius, a double-amputee Olympic runner, was describing the moment he said he realized that he shot his girlfriend, Reeva Steenkamp, through a bathroom door and not an intruder.

"That's the moment when everything changed," he told the court in Pretoria. "The first thing that ran through my mind was that I needed to arm myself and protect Reeva and I."

Prosecutors say he shot and killed her deliberately after the couple had engaged in an argument.

The Associated Press says Pistorius "began crying while testifying about how he broke down a toilet door after shooting four times through it, and found Steenkamp inside. He wailed loudly, his head in his hands and went out a side door of the courtroom.

As we reported, Pistorius, 27, also wept during Monday's testimony, when he apologized to Steenkamp's family:

"The trial has brought several emotional moments, particularly when police and pathologists testified about the scene at Pistorius' house. Photos were shown in court, along with the bullet-riddled bathroom door.

"On Monday, Pistorius' defense team sought to detail his personal history, from the physical condition of his legs to his early family life and his track career. The athlete also said he and his family had been the victims of crime — something prosecutors have said isn't the case in the 'security estate' where Steenkamp died, South Africa's SABC agency reports."