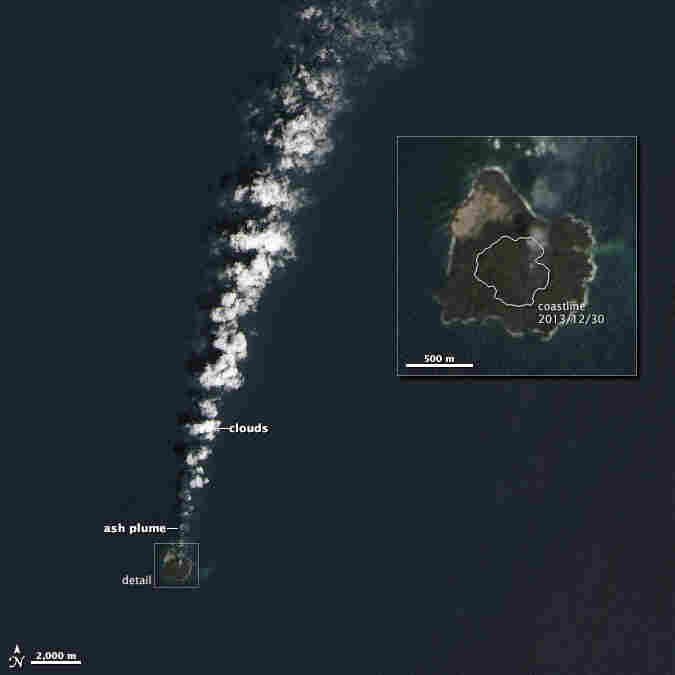 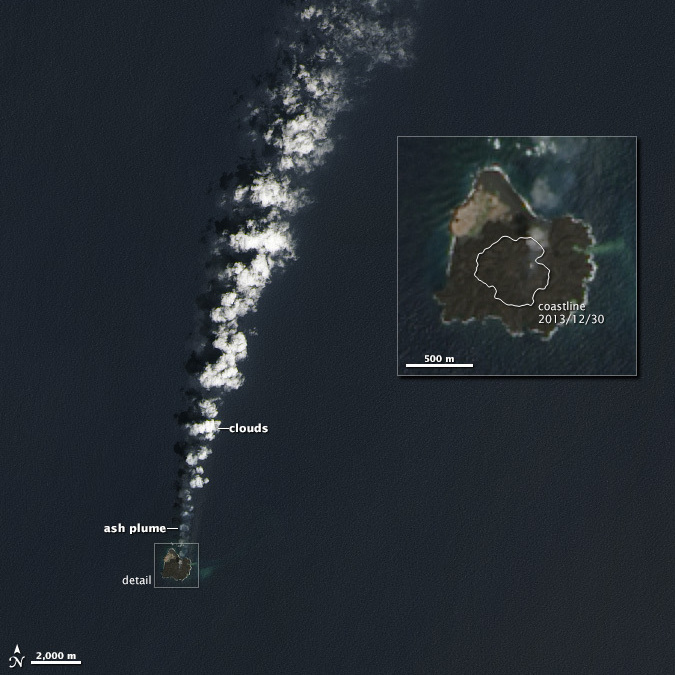 There's some new, pristine real estate on the remote Japanese island of Nishino-shima.

Volcanic activity has merged the tiny island with a new neighbor that started to form late last year, creating a single landmass, NASA satellite imagery shows. The island is now a bit more than a half-mile across.

"In November 2013, a seafloor volcano in the western Pacific Ocean spewed enough material to rise above the water line. The new island, or "niijima" in Japanese, sprouted just 500 meters from Nishino-shima, another volcanic island that had last erupted and expanded in 1973–74. Four months later, the new and the old are now one island, and the volcanic eruption shows no sign of abating.

On March 30, 2014, the Operational Land Imager on the Landsat 8 satellite snapped the image above of Nishino-shima, which sits about 1,000 kilometers (600 miles) south of Tokyo in the Ogasawara (Bonin) Island chain. NASA says its position is approximately 27°14' North, 140°52' East.

Volcanologist and blogger Erik Klemetti noted earlier in 2014: "This is a great example of how volcanic islands like this in the Bonin Islands grow over hundreds to thousands of eruptions."

As we reported last year, the emergence of new islands is not all that uncommon.

In September, for example, a mud volcano erupted off the southern coast of Pakistan, creating an entirely new island there. And off the Scandinavian coast, islands have been steadily popping up for thousands of years.