Accessibility links
On Heels Of GM, Toyota Recalls More Than 6 Million Vehicles : The Two-Way The recall involves some of the Japanese automaker's top-selling vehicles, including some model years for the RAV4 SUV, Corolla, Yaris and Matrix.

On Heels Of GM, Toyota Recalls More Than 6 Million Vehicles

On Heels Of GM, Toyota Recalls More Than 6 Million Vehicles 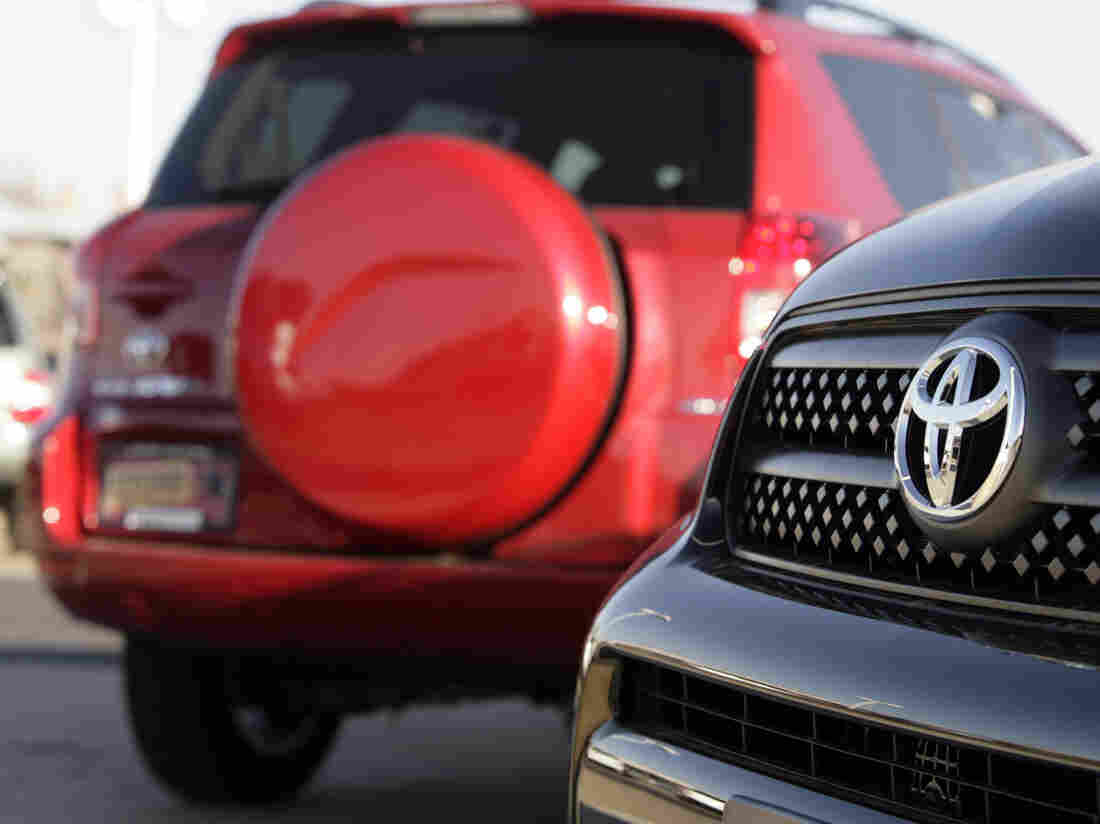 Unsold 2007 RAV4 sport utility vehicles are shown on the lot of a Toyota agency in the east Denver suburb of Aurora, Colo., in 2006. The popular SUV was one of several subject to recall. David Zalubowski/AP hide caption 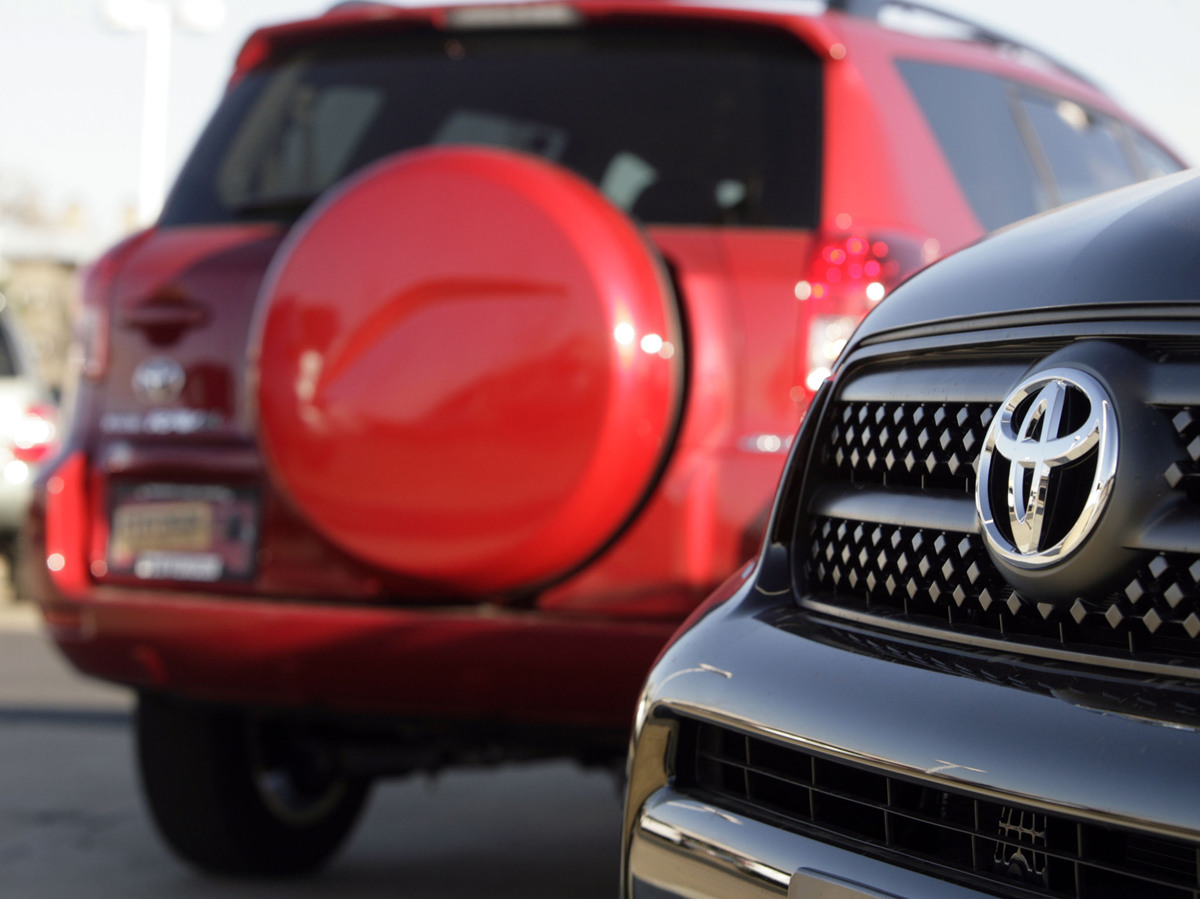 Unsold 2007 RAV4 sport utility vehicles are shown on the lot of a Toyota agency in the east Denver suburb of Aurora, Colo., in 2006. The popular SUV was one of several subject to recall.

Toyota Motor Corp. is recalling more than 6 million vehicles spanning nearly 30 models in the U.S., Japan and Europe for a variety of problems, ranging from air bags not deploying to driver's seats not locking properly.

The top-selling RAV4 SUV, Corolla, Yaris and Matrix are among the vehicles being recalled, according to a company statement.

It comes on the heels of a similar recall by General Motors involving some 2.6 million vehicles for problems including defective ignition switches that might affect air bag deployment. Toyota reached a $1.2 billion settlement with the U.S. Justice Department last month for hiding defects in its vehicles, and it has paid more than $66 million in penalties for delaying the reporting of unintended acceleration problems.

For the latest Toyota recall, certain model years for these vehicles sold in the U.S. are included:

For all but the Scion models, Toyota says:

"The driver's airbag module in the involved vehicles is attached to a spiral cable assembly with electrical connections that could become damaged when the steering wheel is turned. If this occurs, the air bag warning lamp will illuminate. In addition, the driver's air bag could become deactivated, causing it to not deploy in the event of a crash.

"Toyota is not aware of any injuries or fatalities caused by this condition."

For the Yaris and the Scion, Toyota says there's also a problem with the driver's seat locking mechanism:

"In the seat rail of the driver seat of the involved vehicles and also the front passenger seat of three-door models, the springs used for the mechanism which lock the seat rail in its adjusting positions could break. This can happen if the seat is adjusted forward and/or rearward with high frequency. If a seat rail spring breaks, the seat may not lock into the adjusted position. If the vehicle is operated with a broken seat rail spring, the seat could move in the event of a crash, increasing the risk of injury to the occupant."

"Some vehicles were recalled for more than one problem. The recall cases total 6.76 million vehicles for 27 Toyota models, the Pontiac Vibe and the Subaru Trezia, produced from April 2004 through August 2013.

"The Pontiac Vibe, which is a General Motors Co. model, is also involved because Toyota and GM made cars at the same plant in California and the recalled model is the same as the Toyota Matrix. It was recalled for a problem with a spiral cable attached to an air bag. It is unrelated to a separate GM recall over ignition switches linked to at least 13 deaths.

"Subaru is partly owned by Toyota, and the model was the same as the Toyota Ractis."

USA Today reports that other problems with models sold outside the U.S. include:

-- Steering column brackets that may become loose or fail (760,000, Europe and Asia only)

[Update at 12:30 p.m. ET: An earlier version of this post incorrectly said the Camry sedan was part of the U.S. recall. It is part of the recall outside North America.]