Accessibility links
9-Month-Old Boy Charged With Attempted Murder In Pakistan : The Two-Way Musa Khan was arrested along with his family at a violent protest in Lahore where police said the boy threw stones at them. 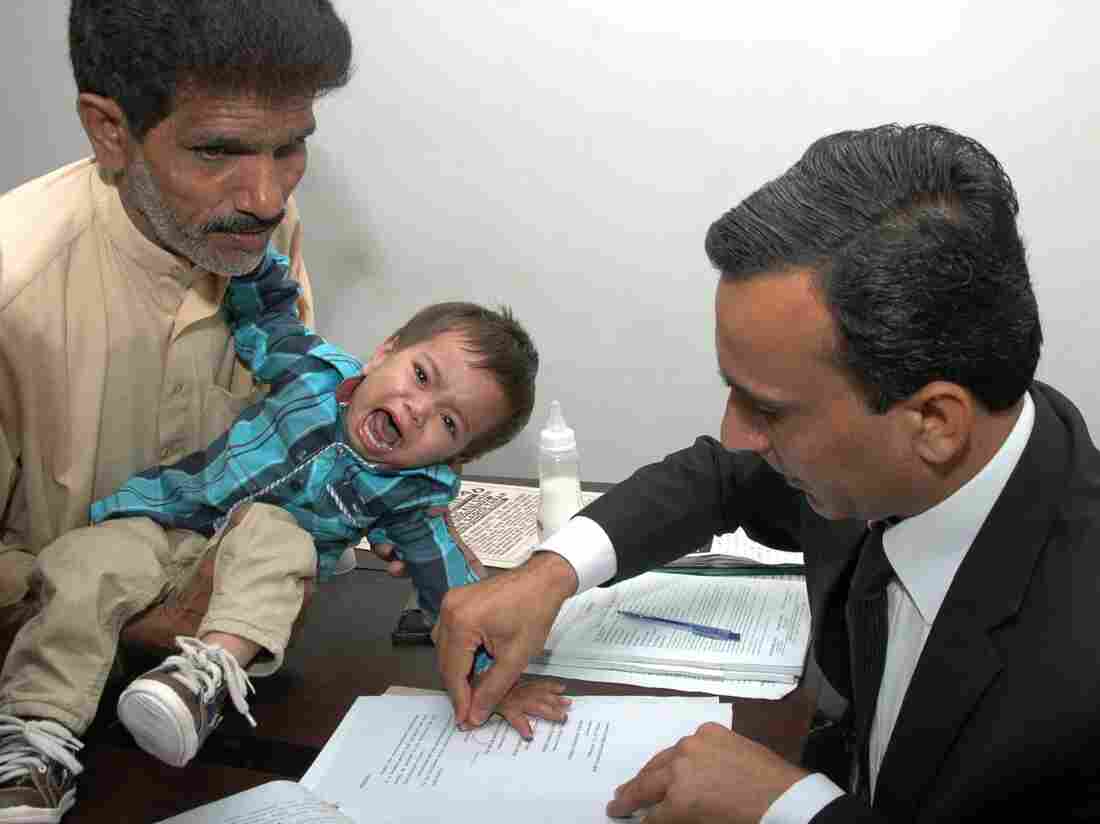 A Pakistani lawyer takes the thumb impression from 9-month-old Musa Khan on a bail bond in Lahore, on April 3. AFP/Getty Images hide caption 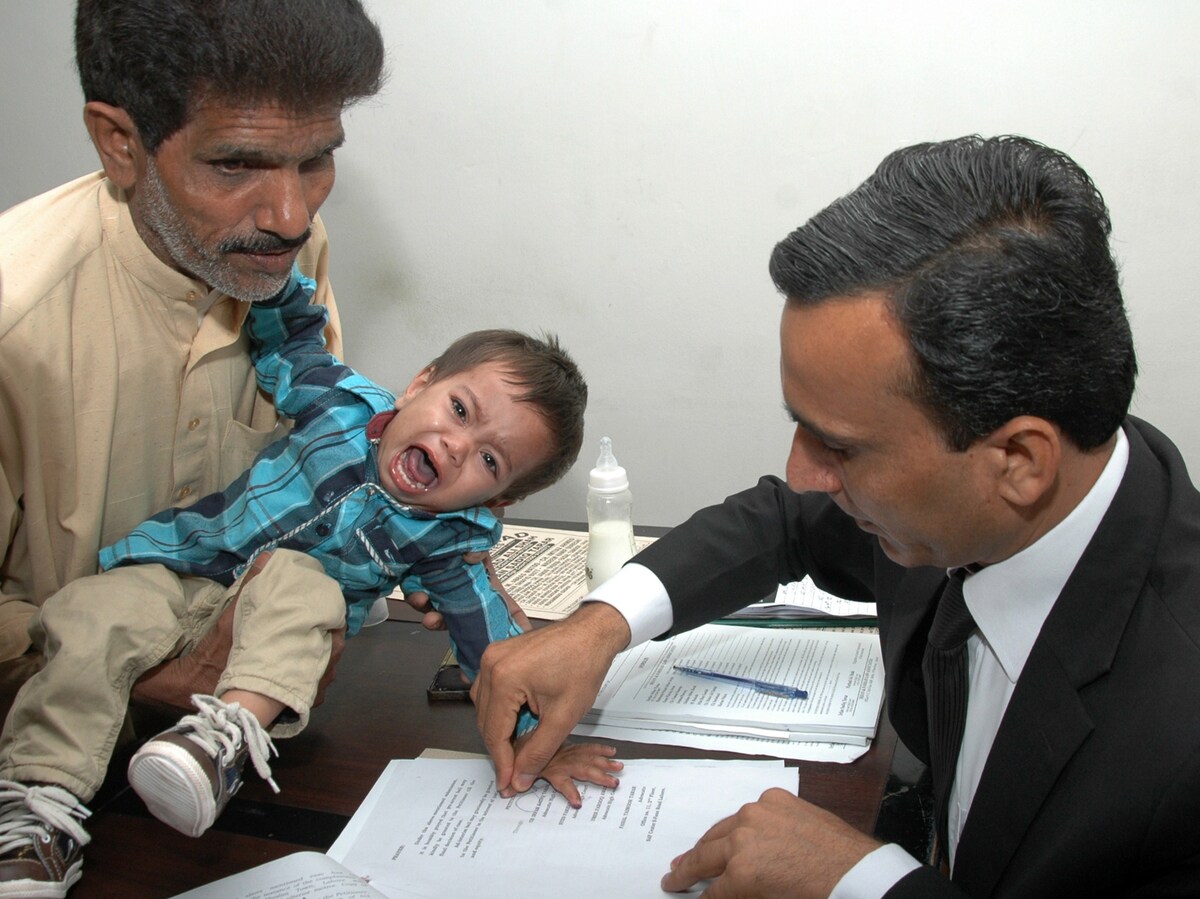 A Pakistani lawyer takes the thumb impression from 9-month-old Musa Khan on a bail bond in Lahore, on April 3.

A 9-month-old Pakistani boy has been charged along with the rest of his family with attempted murder, according to reports.

Musa Khan was photographed last week crying as his grandfather held him for fingerprinting. He was with his family during a protest in a Lahore slum that turned violent in February. Police say the boy, who was 7 months old at the time, threw stones at them.

"Slum residents threw stones at gas company workers who had tried to disconnect households that failed to pay their bills, leading the police to charge an entire family with attempted murder, including Musa.

"The absurdity of the case became apparent last Thursday when the screaming child was produced in court, and had to be comforted with a milk bottle as a court official recorded his thumbprint.

" 'He does not even know how to pick up his milk bottle properly — how can he stone the police?' his grandfather Muhammad Yasin said to news service reporters outside the courthouse."

The Times notes that Pakistan's legal system has failed in the past to prosecute the likes of Osama bin Laden and militant leader Hafiz Saeed, but when it comes to an infant accused of something that is, on the face of it, impossible, the system functions quite differently.

The Pakistani daily Dawn says the grandfather has offered one possible explanation for the bizarre case: Yasin, it says, "accused the police of fabricating the charges because they were colluding with a rival party who wanted to see the accused [family] evicted from their land."

According to Dawn: "Critics say Pakistan's notoriously corrupt police force often trump up false charges either to extract bribes or because they have been paid off."

Infant Musa has another court date later this month.

"A senior police official said that there had been 'a misunderstanding' by police and that the officer who filed the charges — planning a murder, threatening police and interfering in state affairs — has been suspended. Under Pakistani law, no child younger than 7 years old can be charged with a crime."