Accessibility links
John Hancock On Julia Louis-Dreyfus' Backside Is Historic Mistake : The Two-Way The Veep star bared all for Rolling Stone's latest cover. But there's a problem with the temporary tattoo of the Constitution that extends to just above her tush.

While the signature wasn't the first thing we noticed, it has not escaped the attention of history buffs that there's something wrong with the temporary tattoo that actress Julia Louis-Dreyfus sports on the cover of Rolling Stone. 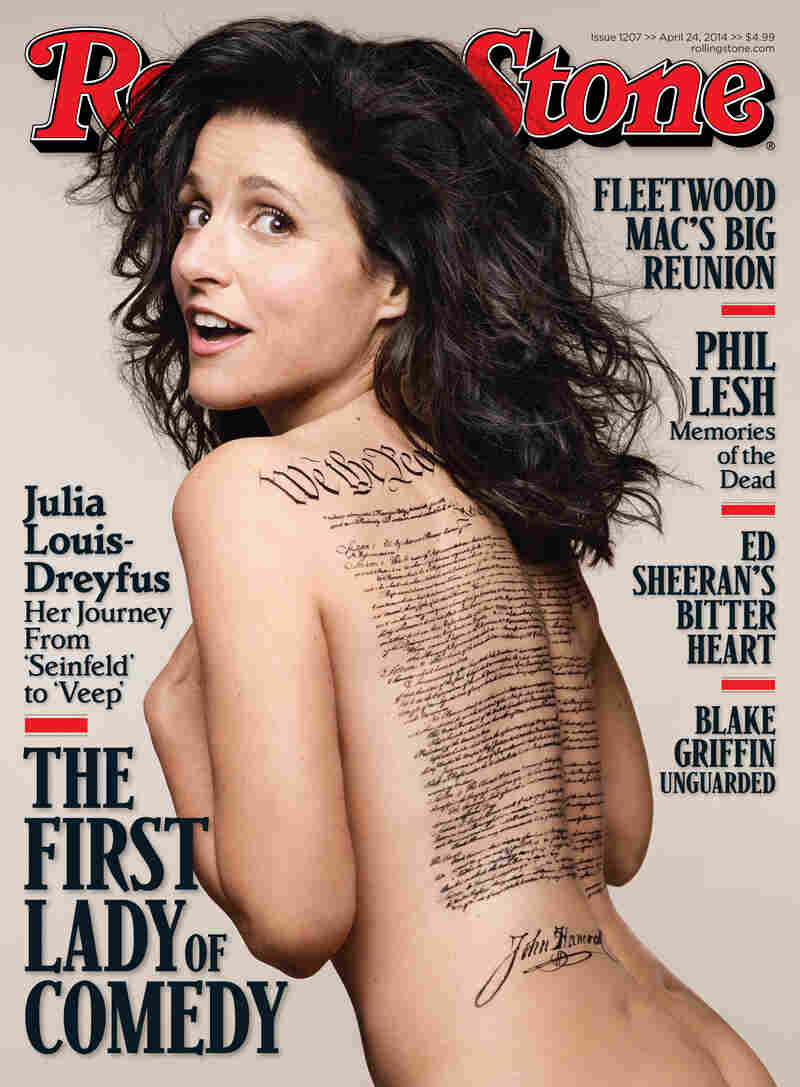 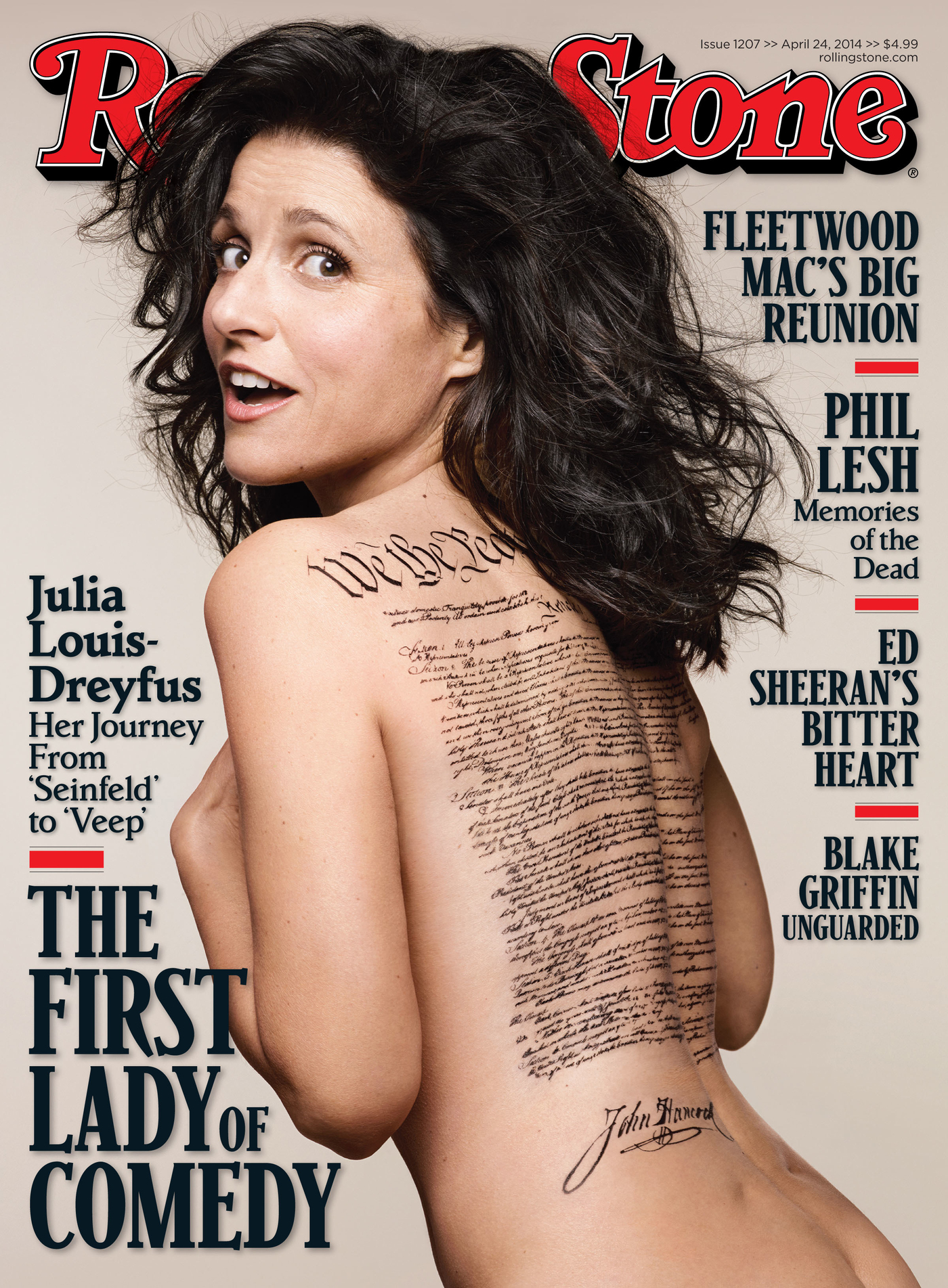 That John Hancock on Julia Louis-Dreyfus' back caught some eyes.

Notice the signature at the bottom of what's supposed to be the Constitution?

John Hancock put his ... John Hancock ... on the Declaration of Independence, not the Constitution.

Rolling Stone spokeswoman Melissa Bruno tells The Associated Press (we presume with tongue firmly in cheek) that the Declaration of Independence was inked onto the other side of Louis-Dreyfus' body — but that the signatures wouldn't fit there.

Louis-Dreyfus tweets that it was another mistake by Mike, the fictional communications director on her HBO series Veep. (She used another word for "mistake," but it's one HBO can get away with and we can't.)

She also tweeted a #crackexcuse for the risque pose: "In my defense, 'I was in a drunken stupor.' "

Now, in the interest of full disclosure, we should note that in February we failed to spot a bit of confusion about the Declaration of Independence and the Constitution. We cited a news report that said it's the Constitution that declares all men are created equal. It is, of course, the Declaration of Independence that includes that famous line. We updated to note our mistake and fix the reference.

We did not, however, have any portions of either document tattooed onto our backsides and then share such an image — which if you know what this blogger looks like is probably a good thing.