Accessibility links
Pope Francis Poses For Selfies With Crowd At St. Peter's : The Two-Way After speaking to a large Palm Sunday crowd, Pope Francis moved through the audience in his popemobile — and then got out of the vehicle to greet the faithful and pose for photos.

Pope Francis Poses For Selfies With Crowd At St. Peter's

Pope Francis Poses For Selfies With Crowd At St. Peter's 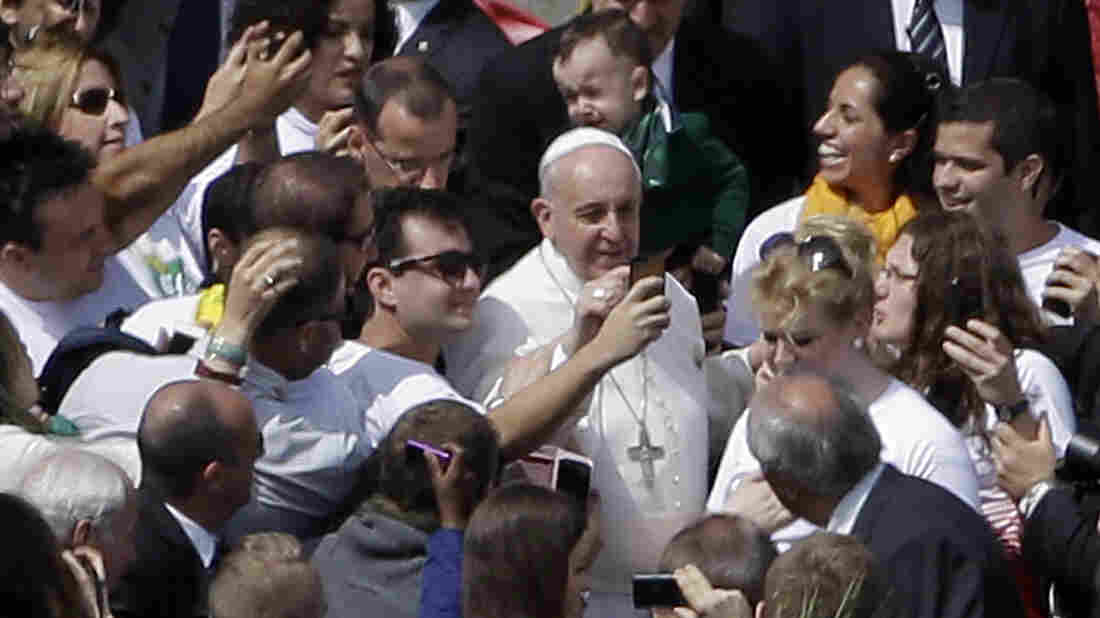 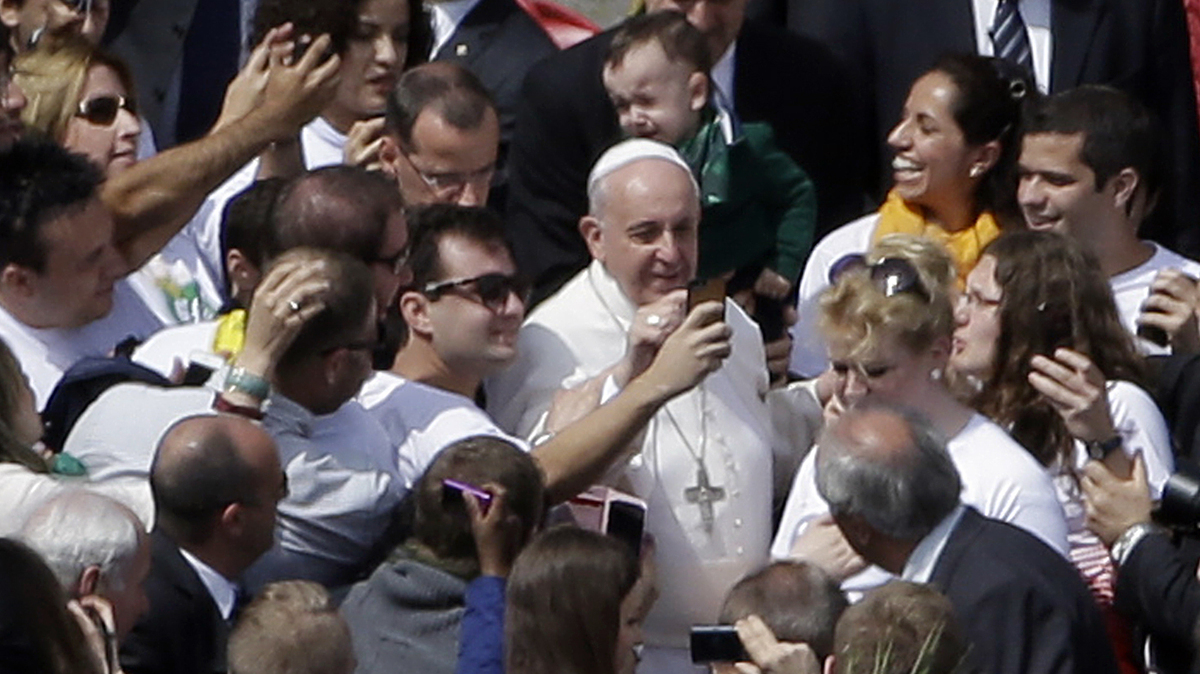 Pope Francis poses for pictures with the audience after Palm Sunday service in St. Peter's Square at the Vatican Sunday.

After speaking to a crowd that was estimated at 100,000 people Sunday, Pope Francis moved through the audience in his popemobile — and then delighted some of those in attendance by getting out of the vehicle and posing for photos with them.

Francis posed for photos several times during his circuit through St. Peter's Square, where throngs of the faithful had gathered to hear him speak on Palm Sunday.

"After the ceremony, the pope hopped onto his popemobile and moved through the crowd, often getting off to pose for selfies with young people," NPR's Sylvia Poggioli reports.

Some of the lucky people who got a pic with the pope were from Brazil and Poland, The Associated Press says.

Francis also surprised attendees Sunday by ignoring the prepared text of his homily, choosing instead to call on his audience, and himself, Sylvia says, "to look into their hearts to see how they're living their lives."

According to the Whispers in the Loggia blog, the unscripted speech by Francis began with the pope saying, "It'll do us well to ask ourselves one question: Who am I? Who am I before my Lord?" The blog has a full transcript of the speech.