Accessibility links
3 Dead After Shootings At Jewish Facilities Near Kansas City : The Two-Way One shooting took place at a Jewish community center and another happened at an assisted-living facility. Authorities say a person of interest is in custody, The Associated Press reports.

3 Dead After Shootings At Jewish Facilities Near Kansas City

3 Dead After Shootings At Jewish Facilities Near Kansas City 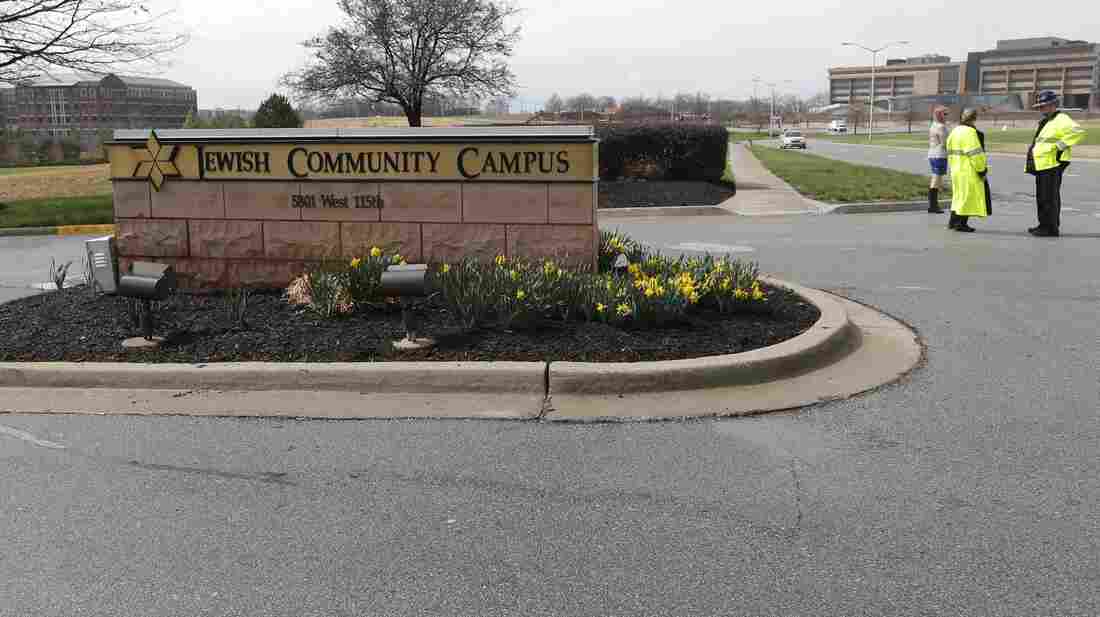 An Overland Park police officer and Kansas State Trooper guard the entrance of the Jewish Community Center after reports of a shooting in Overland Park, Kan., on Sunday. Orlin Wagner/AP hide caption 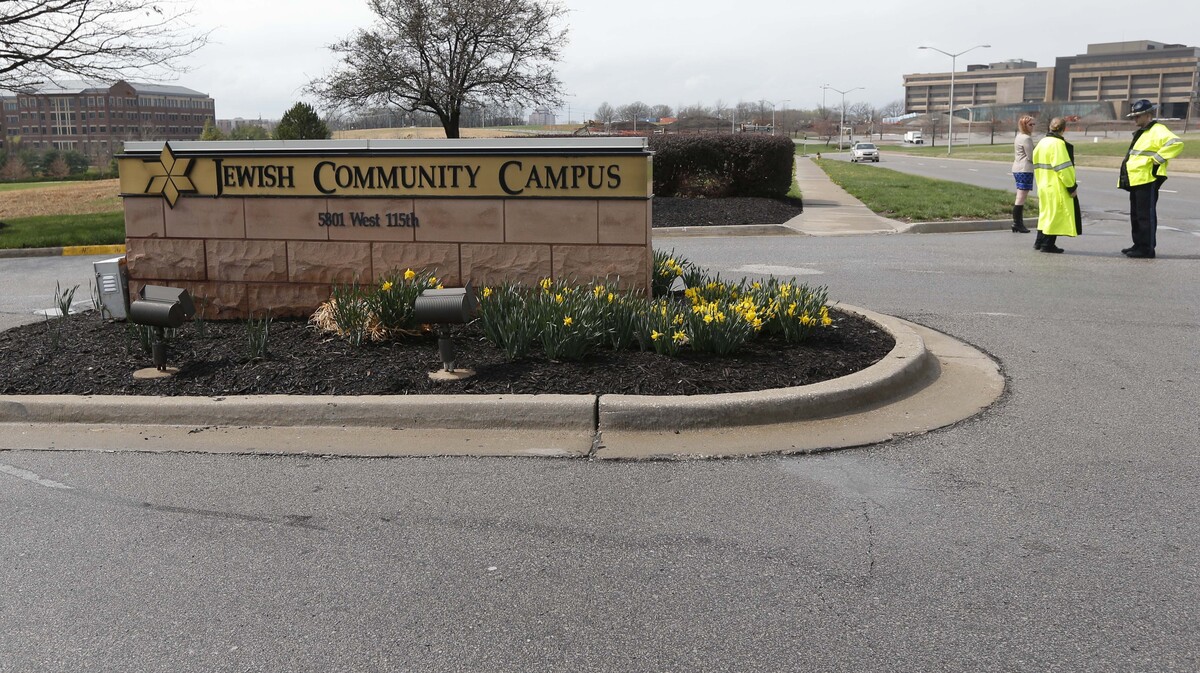 An Overland Park police officer and Kansas State Trooper guard the entrance of the Jewish Community Center after reports of a shooting in Overland Park, Kan., on Sunday.

Police confirmed that three people were killed after shootings that took place at a Jewish community center and another location near the Kansas City area on Sunday.

At a press conference a few hours after the shooting, Overland Park Police Chief John Douglass said two males were killed at the Jewish Community Center of Greater Kansas City and one female was killed at Village Shalom, an assisted living center about a mile from the community center.

"Today is a sad and very tragic day," Douglass said. "As you might imagine we are only three hours into this investigation. There's a lot of innuendo and a lot of assertions going around. There is really very little hardcore information."

Late Sunday, the AP reported that the family of two of the victims released a statement identifying the two males as William Lewis Corporon and his grandson, Reat Griffin Underwood.

A man in his 70s was arrested in the parking lot of a nearby elementary school and taken into custody, the police said. KCTV5 reports that the suspect appeared to yell "Heil Hitler" as he was being taken away in handcuffs by Overland Park police, but Douglass said it was too early to confirm what the suspect "may or may not have said."

Douglass said that there is no indication that the suspect knew the victims at that it was too early to label the shootings as as hate crime. The Jewish festival of Passover begins Monday.

"We know it was a vicious act of violence, and we know obviously it was at two Jewish facilities. One might make that assumption," Douglass said.

Douglass said that both shootings took place outside and that they do not believe the suspect entered the buildings at either location during the incidents. He said a shotgun was used, and investigators are trying to determine whether a handgun and assault-style rifle also were involved.