Accessibility links
Book News: 'Captain Underpants' Is 2013's Most Vilified Book : The Two-Way Also: Sue Townsend was writing another Adrian Mole novel at the time of her death; the best books coming out this week. 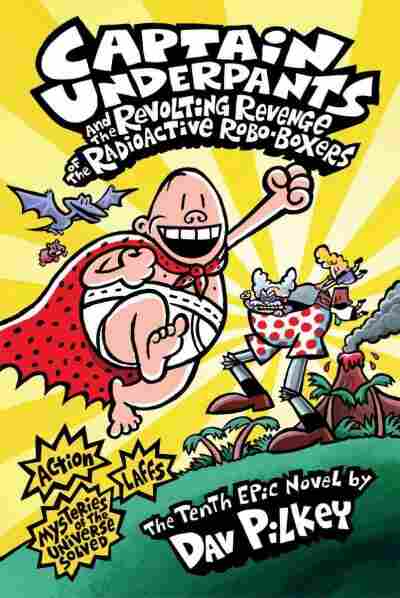 2. The Bluest Eye by Toni Morrison

3. The Absolutely True Diary of a Part-Time Indian by Sherman Alexie

5. The Hunger Games by Suzanne Collins

6. A Bad Boy Can Be Good for A Girl by Tanya Lee Stone

7. Looking for Alaska by John Green

8. The Perks of Being a Wallflower by Stephen Chbosky

9. Bless Me Ultima by Rudolfo Anaya