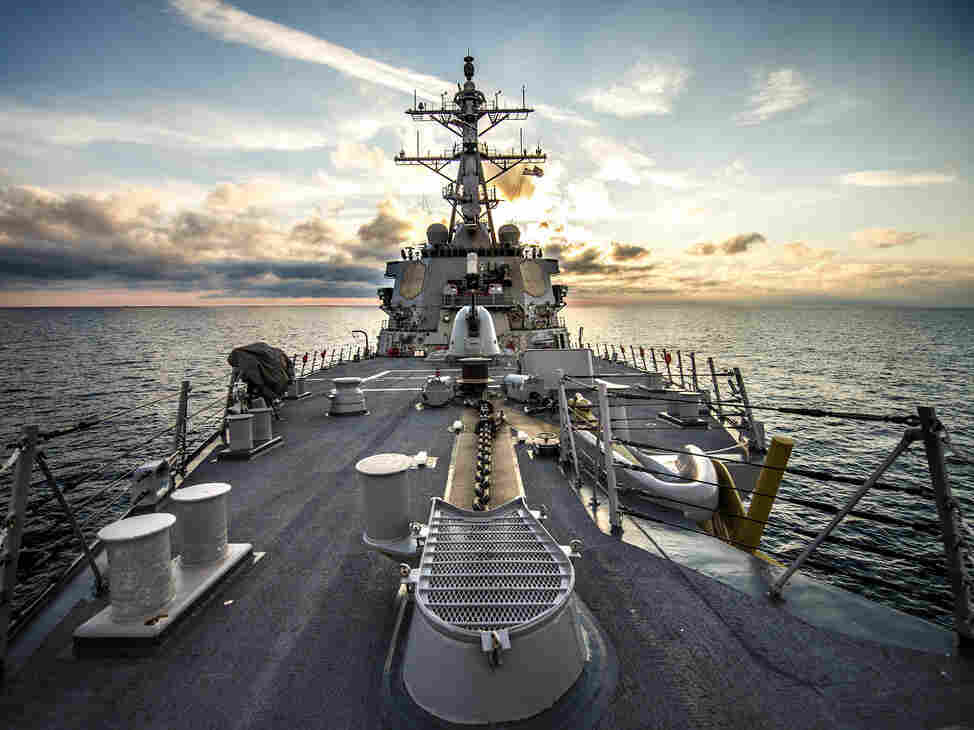 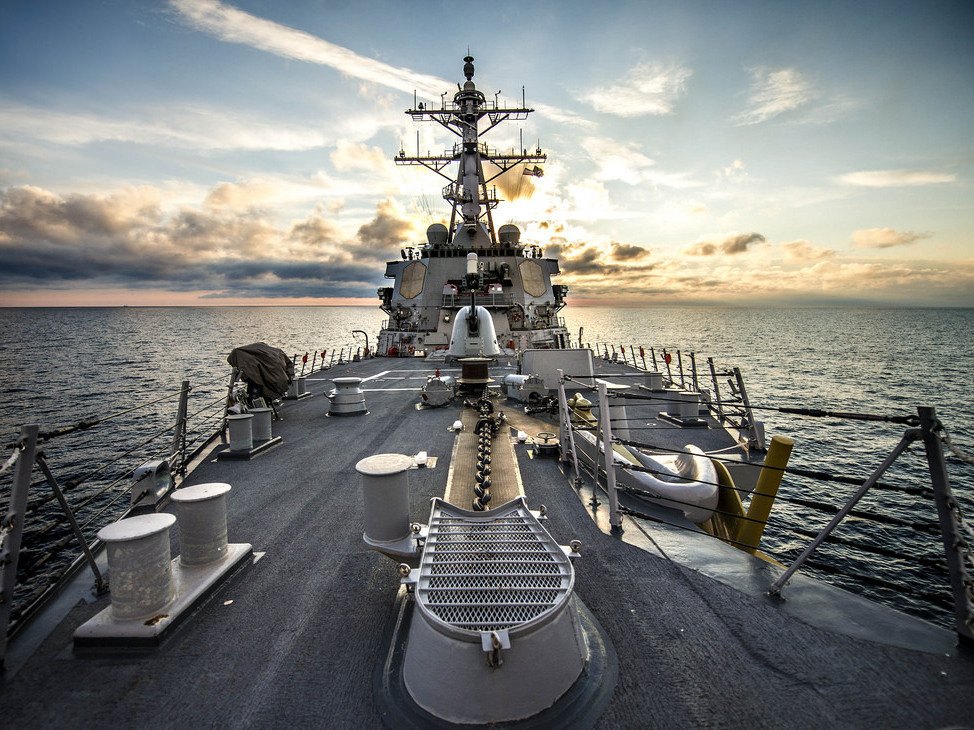 The USS Donald Cook, a guided-missile destroyer, on patrol Saturday in the Black Sea.

The crisis in Ukraine has taken on even more of a Cold War-era feel after a Russian warplane made nearly a dozen low passes over the weekend of a U.S. destroyer that was sailing in the Black Sea.

According to the Pentagon, the Russian SU-24 attack aircraft came within several thousand feet of the USS Donald Cook on Saturday and ignored multiple radio warnings from the ship.

The Russian aircraft did not appear to be carrying bombs or missiles. Warren said another SU-24 was flying high above.

The incident reportedly lasted about 90 minutes. The Donald Cook was in international waters, the Pentagon reports.

NBC News says the U.S. ship "did not go to battle stations."

Ukraine borders the Black Sea on the north. Russia borders that body of water on the east. The Crimean peninsula extends from Ukraine into the Black Sea. Last month, after the collapse of Ukraine's pro-Russia government, Russian troops moved into Crimea. Soon after that, Russia annexed the region — over the protests of Ukraine, the U.S. and many Western nations.

As we reported earlier today, pro-Russia gunmen continue to occupy many government buildings in eastern Ukraine — despite warnings from the Ukrainian government that it will use force, if necessary, to remove them. With tens of thousands of his troops just across the border, there are fears that Russian President Vladimir Putin may send troops into eastern Ukraine.