Accessibility links
Dutch Test Glow-In-The-Dark Road Of The Future : The Two-Way Luminescent paint absorbs energy during the daylight hours and then glows green in the dark. If widely adopted, the inventor envisions an energy-saving smart highway. 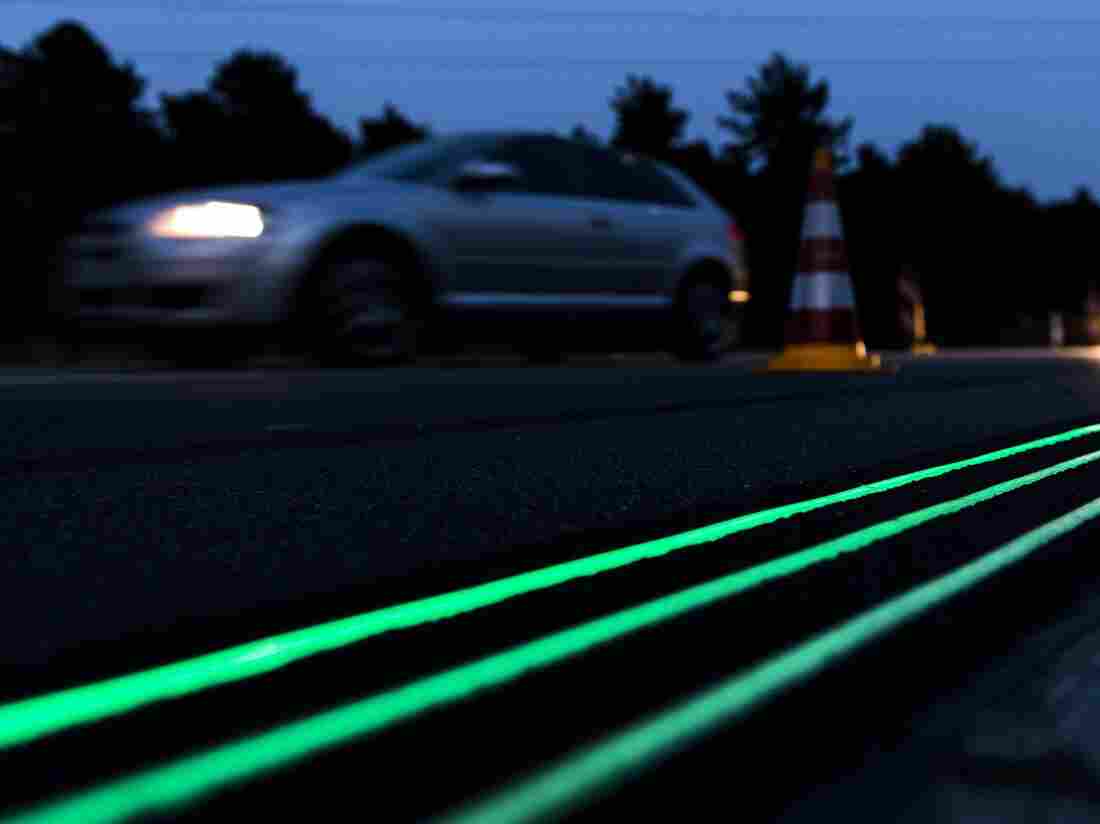 Glowing Lines are tested earlier this month on a highway near Oss in the Netherlands. The road markings absorb light during the day and emit the green glow at night. Remko De Waal/EPA/Landov hide caption 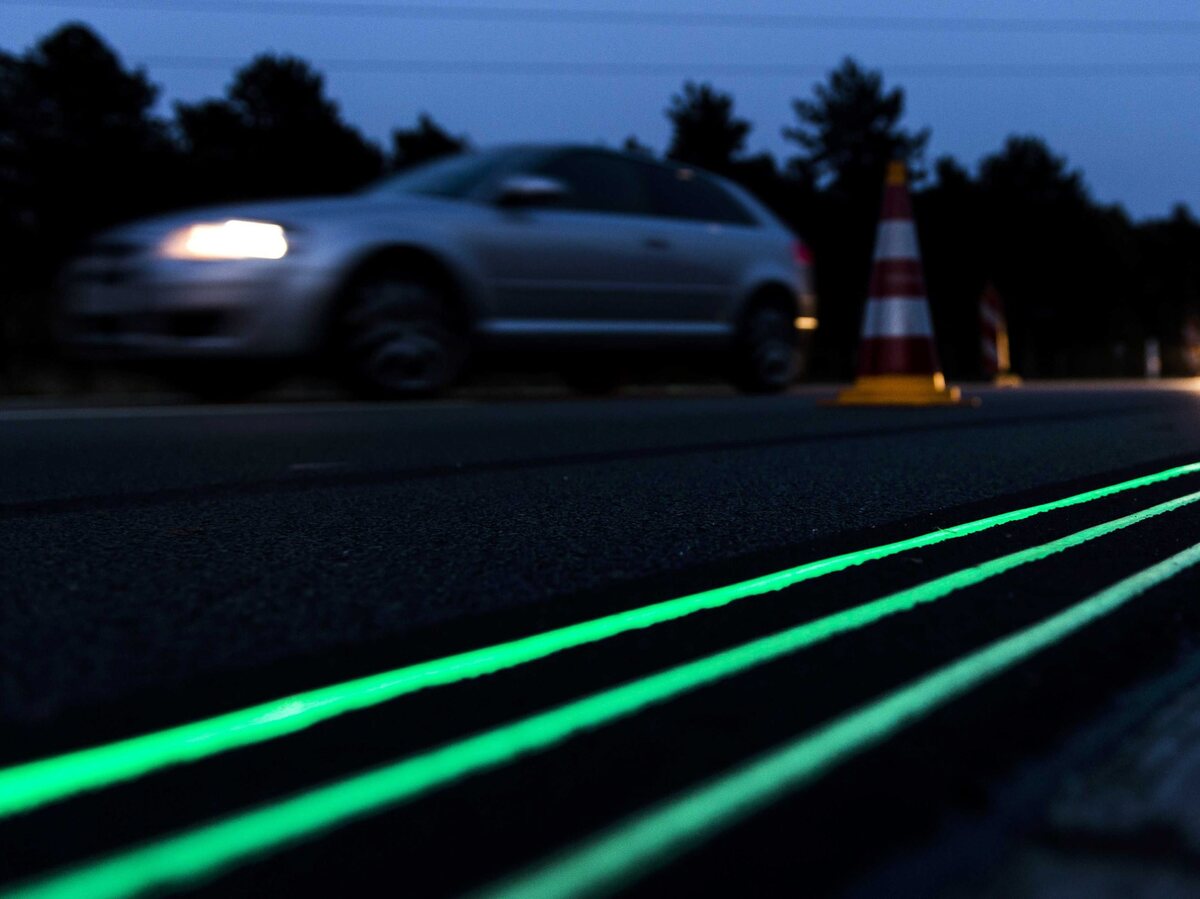 Glowing Lines are tested earlier this month on a highway near Oss in the Netherlands. The road markings absorb light during the day and emit the green glow at night.

There's a half-kilometer stretch of road in the Netherlands that looks a bit like something out of the movie Tron, thanks to new luminescent markings that glow green in the dark.

The photoluminescent paint, a sort of amped-up version of what is found on many wristwatches, charges up during daylight hours and then emits the green hue at night along the short test patch of N329 highway in Oss, according to Dutch companies Studio Roosegaarde and Heijmans, a road construction firm.

"It's almost radioactive," says artist Daan Roosegaarde, who envisioned the project as being a sort of "Route 66 of the future," according to Wired, which says part of the ultimate vision is for "weather markings — snowdrops, for instance, [to] appear when the temperature [reaches] a certain level."

Studio Roosegaarde communications partner Emina Sendijarevic tells Wired.co.uk: "Research on smart transportation systems and smart roads has existed for over 30 years — call any transportation and infrastructure specialist and you'll find out yourself. ... What's lacking is the implementation of those innovations and making those innovations intuitive and valuable to the end-consumers — drivers."

Among other things, the experiment, if successful, might eliminate the need for streetlights.

The project is finally underway after first being promised two years ago. Back in January 2013, The Telegraph wrote:

"Other ideas from the designers include road lights that illuminate only when vehicles approach, in order to save energy when there is no traffic, as well as road lights powered by wind generated by passing cars, and 'induction priority lanes' to charge electric cars as they pass over coils under the Tarmac."