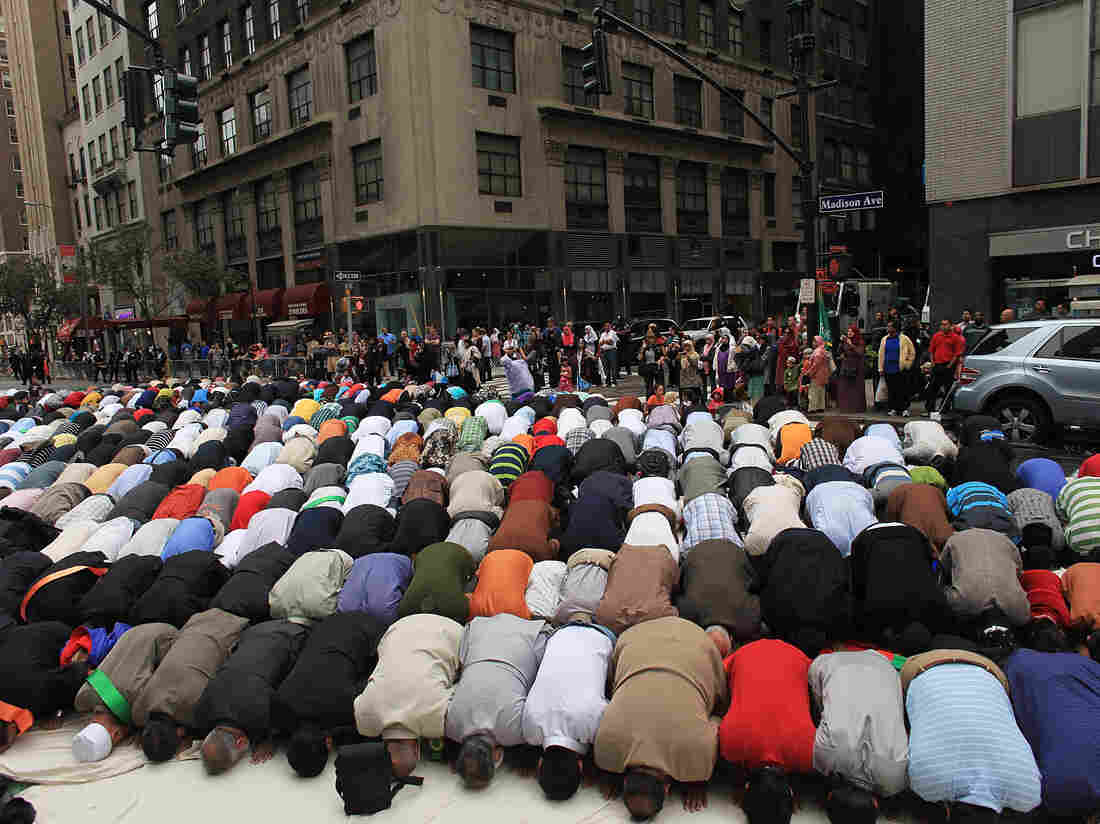 Men pray on the street before the start of the American Muslim Day Parade in 2010 in New York. Spencer Platt/Getty Images hide caption 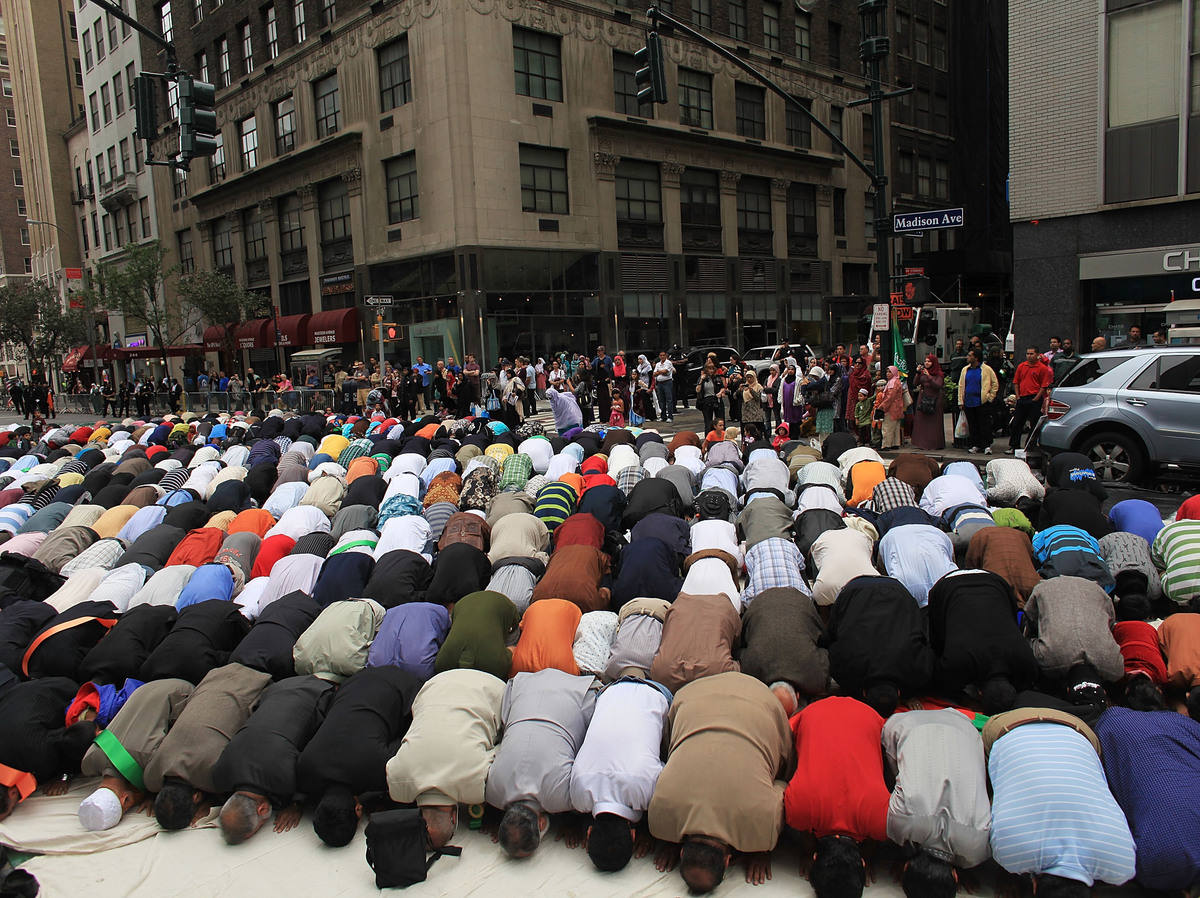 Men pray on the street before the start of the American Muslim Day Parade in 2010 in New York.

The squad that conducted the surveillance, known as the Demographics Unit, was formed in 2003. It brought the NYPD under fire from community groups and activists who accused the force of abusing civil rights and profiling.

New York Mayor Bill de Blasio said his administration has promised "a police force that keeps our city safe, but that is also respectful and fair.

"This reform is a critical step forward in easing tensions between the police and the communities they serve, so that our cops and our citizens can help one another go after the real bad guys," he said.

"The program relied on plainclothes officers to eavesdrop on people in bookstores, restaurants and mosques. The tactic was detailed in a series of stories by The Associated Press and became the subject of two federal lawsuits."

Police reportedly had "systematically spied on Muslim neighborhoods, listened in on sermons, infiltrated colleges and photographed law-abiding residents as part of a broad effort to watch communities where terror cells might operate. Individuals and groups were monitored even when there was no evidence they were linked to terrorism or crime," the AP says.

"To many Muslims ... the Demographics Unit ... was a sign that the police viewed their every action with suspicion. The police mapped communities inside and outside the city, logging where customers in traditional Islamic clothes ate meals and documenting their lunch-counter conversations.

" 'The Demographics Unit created psychological warfare in our community,' said Linda Sarsour, of the Arab American Association of New York. 'Those documents, they showed where we live. That's the cafe where I eat. That's where I pray. That's where I buy my groceries. They were able to see their entire lives on those maps. And it completely messed with the psyche of the community.' "

Even so, as recently as February, a federal judge in Newark threw out a suit brought against the NYPD by eight Muslims living in the New Jersey community.

The judge wrote that "the police could not have monitored New Jersey for Muslim terrorist activities without monitoring the Muslim community itself."

Ultimately, the years of surveillance proved fruitless and "the police acknowledged that it never generated a lead," the Times says.