Accessibility links
The New SAT: Less Vocabulary, More Linear Equations : The Two-Way The new version of the standardized test for college admissions, set to go into effect in 2016, will do away with obscure vocabulary words and cut multiple choice answer options from five to four. 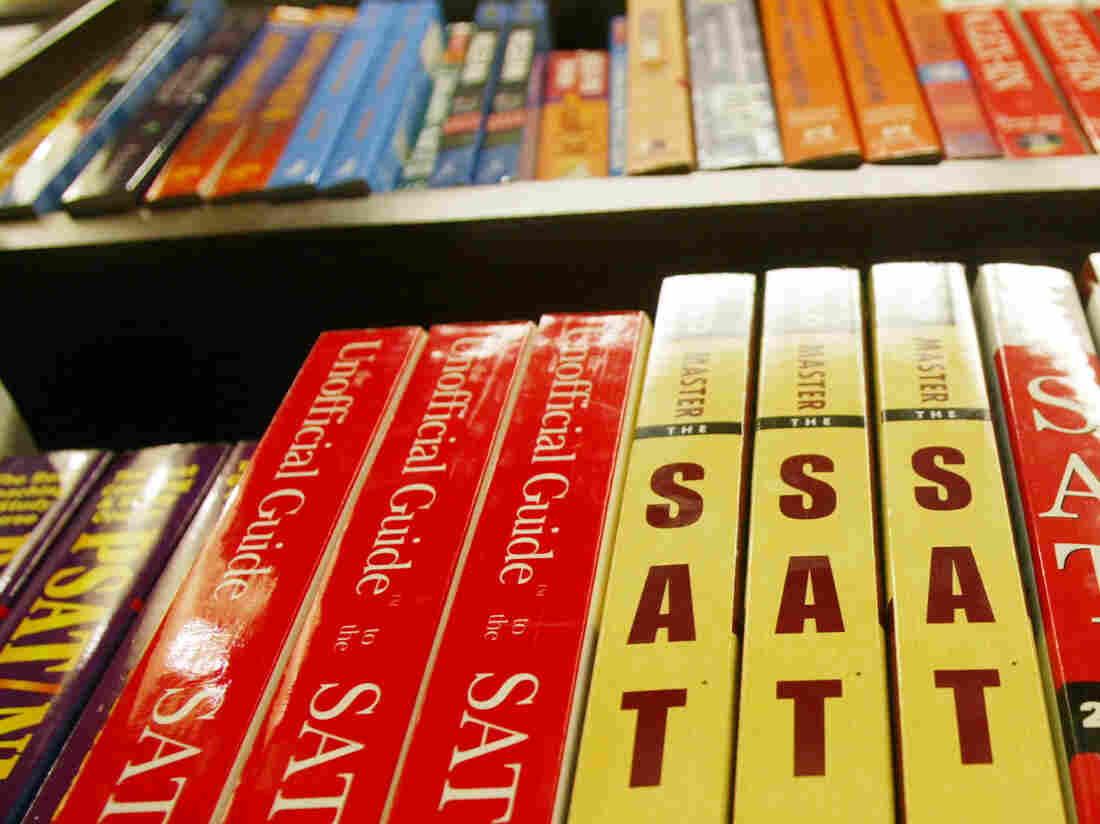 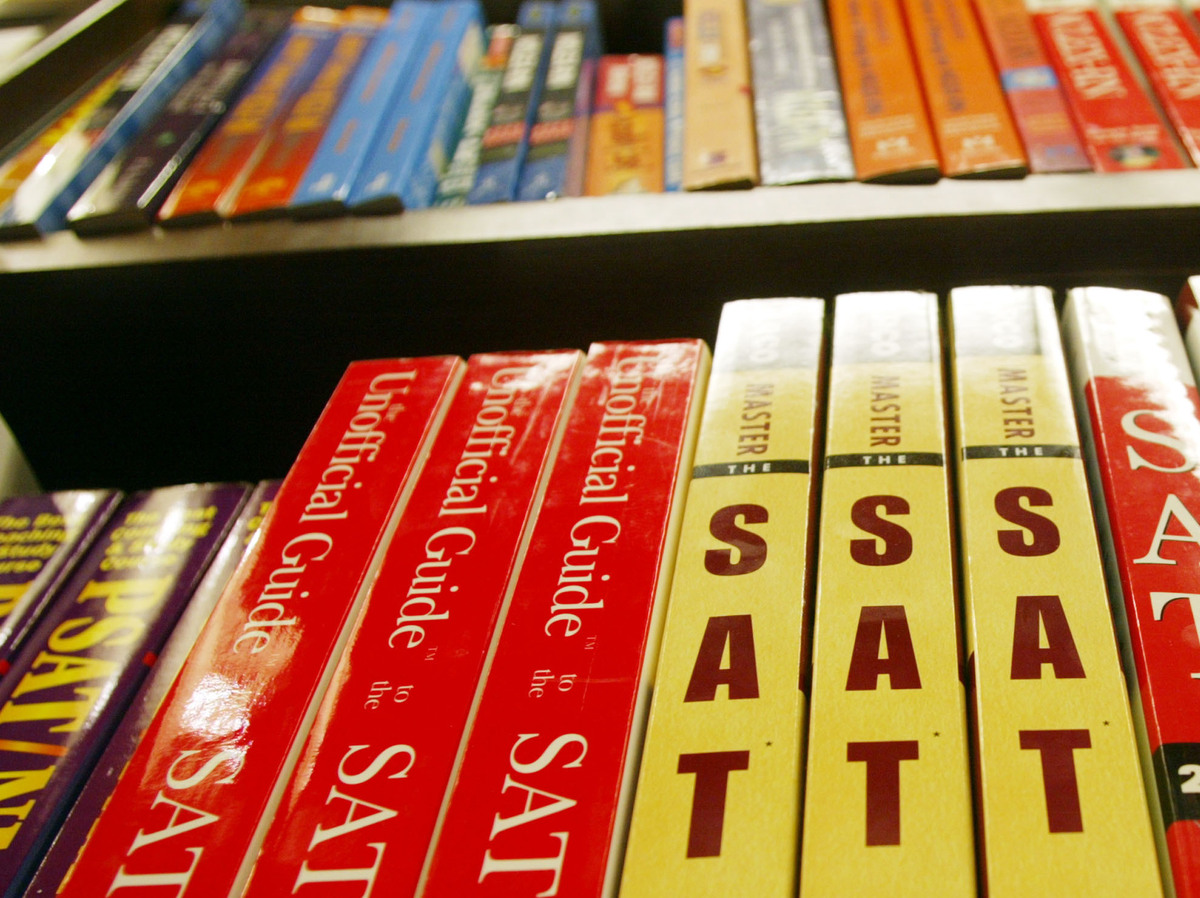 SAT preparation books on a bookstore shelf in New York City. The College Board has announced changes in the college entrance exam.

The standardized test that's been giving America's college-bound teenagers nightmares since the 1920s is getting a makeover.

On Wednesday, the College Board offered new details on changes to its SAT. Among the biggest shifts: Gone are the days of memorizing obscure vocabulary words. Though if you're in high school and set to take the SAT next year, don't burn those vocabulary flashcards just yet. The changes don't kick in until spring 2016.

"It is time for an admissions assessment that makes it clear that the road to success is not last-minute tricks or cramming but the learning students do over years each day," College Board President David Coleman said last month in Texas.

In other words, a test that measures years of classroom study instead of hours of test prep.

The new SAT will have three sections: evidence-based reading and writing, math and an essay.

Bob Alexander, president of Maxthetest.com, says that shift brings the SAT closer in line with its surging rival, the ACT. College-bound U.S. teens will also be glad to hear that multiple choice questions will have four possible answers instead of five. And test-takers will no longer be penalized for wrong answers.

The new math section, with 57 questions to be answered in 80 minutes, will prohibit calculators for some parts and double down on what the College Board calls the "heart of algebra" — linear equations and functions.

And one last headline for SAT purists: The test is going back to its old, top composite score of 1600.

But those changes just scratch the surface. One of the biggest differences, according to Coleman, is that questions will stick more closely than ever to provided reading passages.

As a consequence, students will have to back up their work. "Because whenever a question really matters in college, in career, or in life," Coleman says, "the crucial next step is to support your answers with evidence."

Here's an example: You might get a question about the word "dedicate." Not so tough, right? But, to answer it, you might have to read Lincoln's Gettysburg Address in which a form of "dedicate" is used a half-dozen times with more than one meaning. So, the new SAT might ask how "dedicated" in the first paragraph of the famous speech compares in meaning and tone with, say, the "dedicate" in the third paragraph.

But Maxthetest's Alexander says he thinks the changes aren't a big deal.

"I don't think it's going to affect us at all," he says. "Other than having to explain to the kids the new format."

Alexander doesn't think the test has strayed much from its roots.

Bill Hiss is also a skeptic, although not of the new changes but of the whole idea of the SAT as a predictor of success in college.

Hiss, a retired dean of admissions at Bates College, led a study released in March of colleges and universities that don't require an SAT score for admissions. The study found that students who chose not to submit their test scores did just as well in college as those who did.

"To think you're going to design any single standardized test that will capture human promise for higher education is simply a trip up a blind alley," Hiss says.

Instead, he argues, high school grade-point average, or GPA, is a far better predictor of college success. But until the nation's colleges agree with him, teenagers had better dedicate themselves to the proposition that the SAT is here to stay.