Accessibility links
One Man's Pee Pushes Portland To Flush 38 Million Gallons Of Water : The Two-Way The trespasser relieved himself into one of the city's reservoirs of treated water. Officials say there's not much of a danger to public health, but they're being cautious. 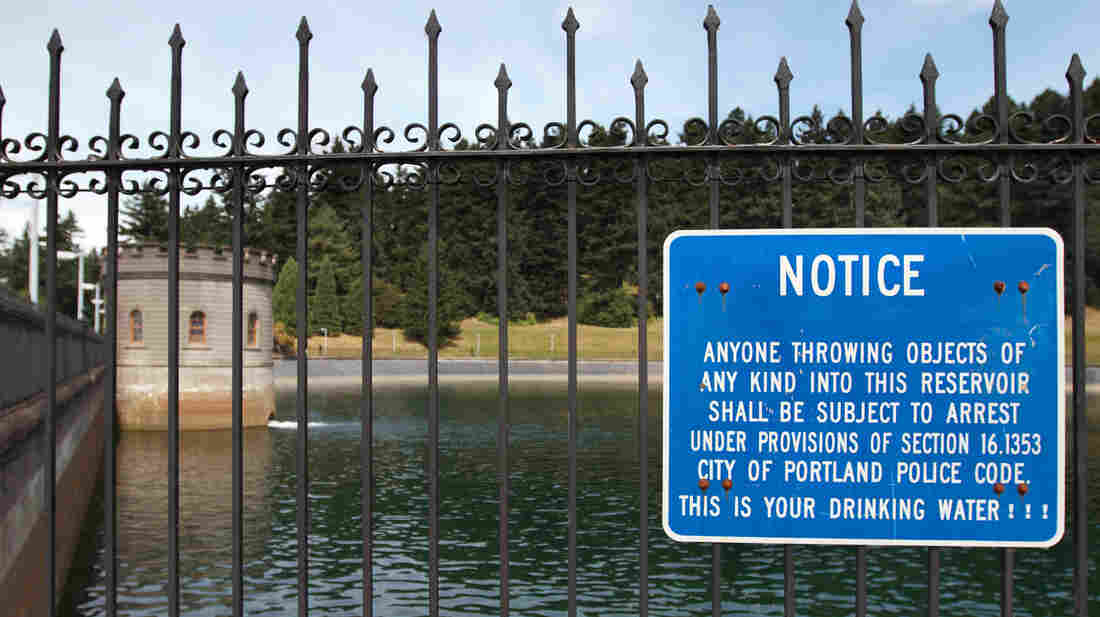 There are signs around the reservoirs in Portland's Mount Tabor Park that warn against putting anything in the water. They apparently didn't dissuade one young man from urinating into the city's drinking supply this week. Randy L. Rasmussen /The Oregonian/Landov hide caption 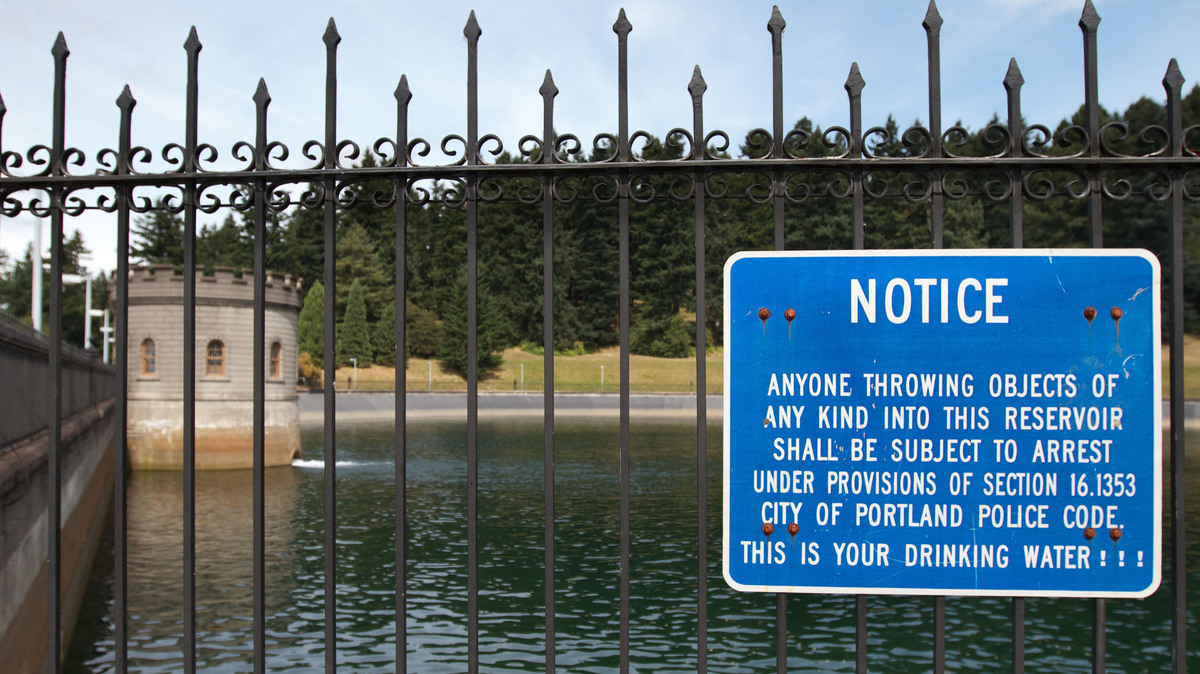 There are signs around the reservoirs in Portland's Mount Tabor Park that warn against putting anything in the water. They apparently didn't dissuade one young man from urinating into the city's drinking supply this week.

Though they concede it's unlikely the public was endangered, officials in Portland, Ore., have decided to drain 38 million gallons of water from a reservoir after a young man was observed urinating into it on Wednesday.

Our colleagues at Oregon Public Broadcasting note that the crime was caught on video — from a distance. "Three unidentified men," OPB writes, "were cited for trespassing after being stopped at the site early Wednesday morning. One was also cited for public urination. The Multnomah County District Attorney's Office will decide whether to pursue criminal charges."

After Portland Water Bureau officials saw what happened, they decided the water in the kidney-shaped reservoir needs to go.

According to The Oregonian, "Portland City Commissioner Nick Fish says flushing 38 million gallons of water after a man urinated in the Mt. Tabor Reservoir system is the correct call, even if it prompts complaints that the city is overreacting or wasting water."

"I didn't have a choice," Fish said, according to the newspaper. "I don't have the luxury of slicing it too thin when there's a potential risk, however small, to public health. Frankly, it's one of those calls where you know you're likely to be criticized no matter what. The professionals who report to me all said, 'Dump the water. Don't take any chances.' It's the conservative but correct call."

The open reservoirs at the facility, OPB reports, "hold water that has already been treated and goes directly into mains for distribution to customers."

This is not the first time Portland has dealt with such a problem. In 2011, a man was caught after urinating into a reservoir. He pleaded guilty to a misdemeanor charge of "misuse of a reservoir." The Oregonian says the guilty reliever was sentenced to 24 hours of community service at a local food pantry.

The Oregonian has also noted that:

"Strange things end up in Portland's water supply all the time, with minimal risk or impact to users. ... In 2008, a man and a woman caught skinny dipping in Mt. Tabor were sentenced to 16 hours of community service each. ...

"The federal government has ordered Portland and other cities with open-air reservoirs to cover them. City leaders are waiting on results of a May ballot measure that could shift control of the Water Bureau from the City Council to a new independently elected board to decide how to proceed."

The 2011 flushing and cleanup cost about $35,000, according to the newspaper. Officials aren't sure how much this latest incident will cost the city.