Accessibility links
Obama: Affordable Care Act Enrollment Hits 8 Million : The Two-Way At a White House briefing, the president referred to the Affordable Care Act, saying "this thing is working," and urged Republicans to stop trying to repeal the law. 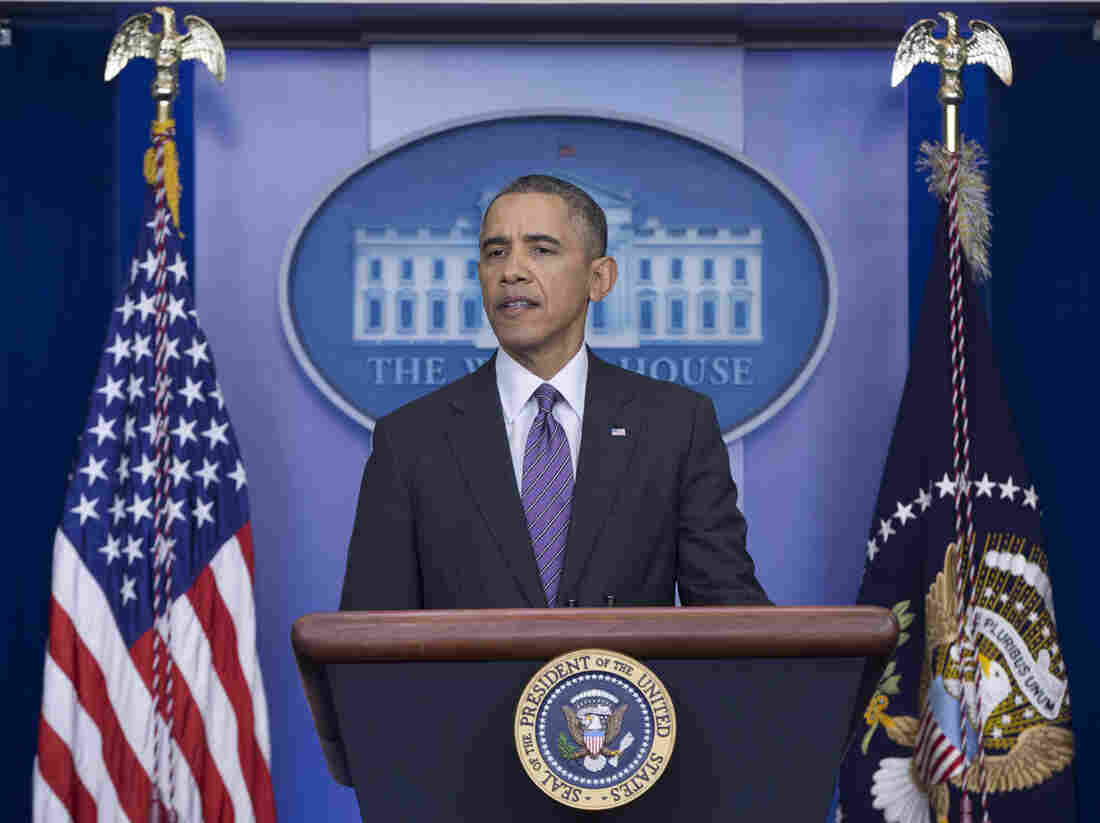 President Obama speaks about health care on Thursday. ACA enrollment has reached 8 million, he said, and it's "well past time" for Republicans to stop trying to repeal it. Carolyn Kaster/AP hide caption 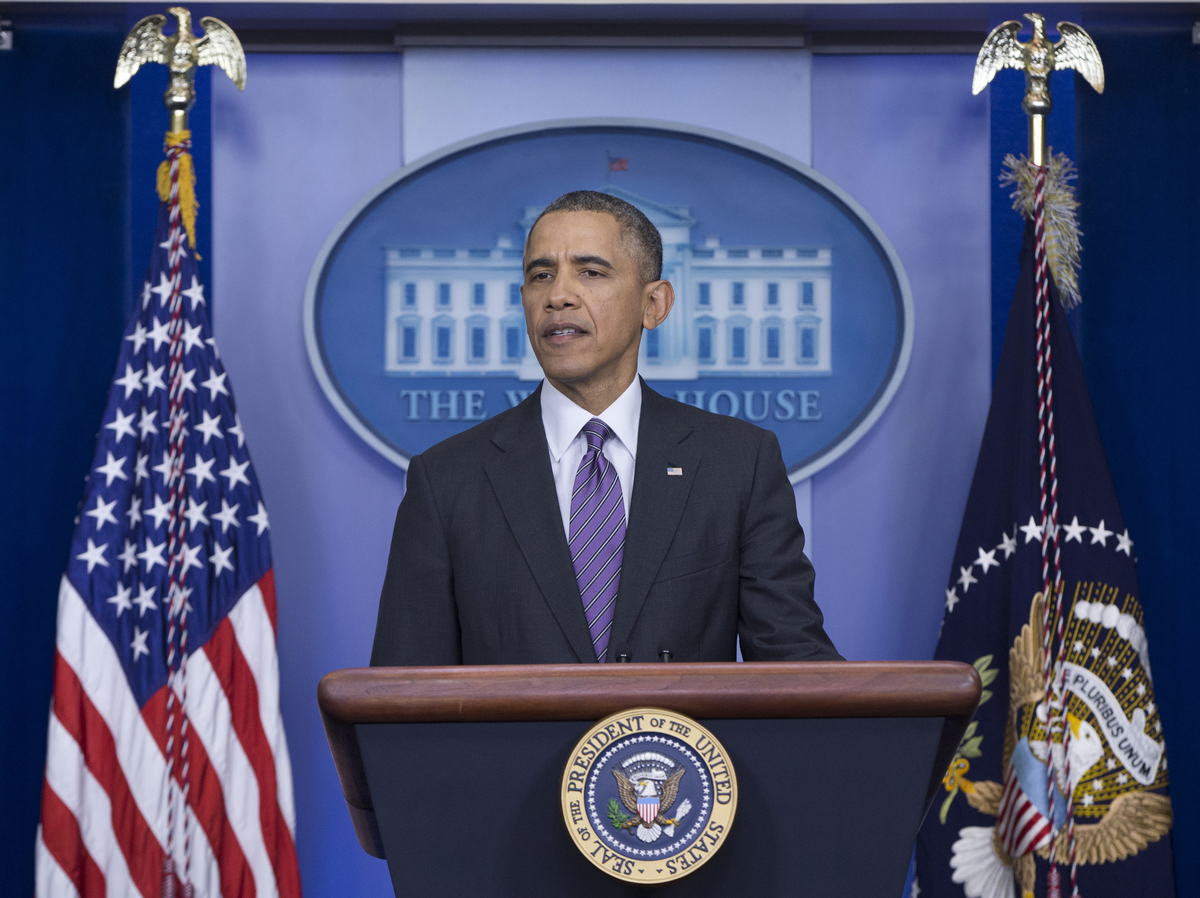 President Obama speaks about health care on Thursday. ACA enrollment has reached 8 million, he said, and it's "well past time" for Republicans to stop trying to repeal it.

President Obama says that enrollment under the Affordable Care Act has reached 8 million after the March 31 sign-up deadline was extended by two weeks.

"This thing is working," he told reporters at a White House briefing on Thursday.

The president said that 35 percent of those signing up through the federal government's website were under the age of 35. The need for younger, healthier individuals to enroll in the program is considered vital to the success of Obamacare.

The latest figures represent a turnaround from the disastrous debut of the HealthCare.gov website last year.

The president said it was "well past time" for Republicans to quit trying to repeal the program, something he said they have voted on "some 50 times."

Republicans "still can't bring themselves to admit" that the program is working, he said.

The GOP was going through the "stages of grief" relating to its failure to stop the law. "Anger and denial. They haven't reached acceptance yet," he said.

Obama said that although it was likely that insurance premiums would continue to increase, as they did before the program was in place, "we're expecting premiums to be 50 percent lower than originally thought."

"The [Congressional Budget Office] now says the Affordable Care Act will be cheaper than originally thought," he said.