Accessibility links
'Completely Unique': Cave-Dwelling Female Insects Have Penises : The Two-Way A team of international scientists have found four species of insects with reversed sex organs. The females' anatomy may have to do with their need for nutrients that only males produce. 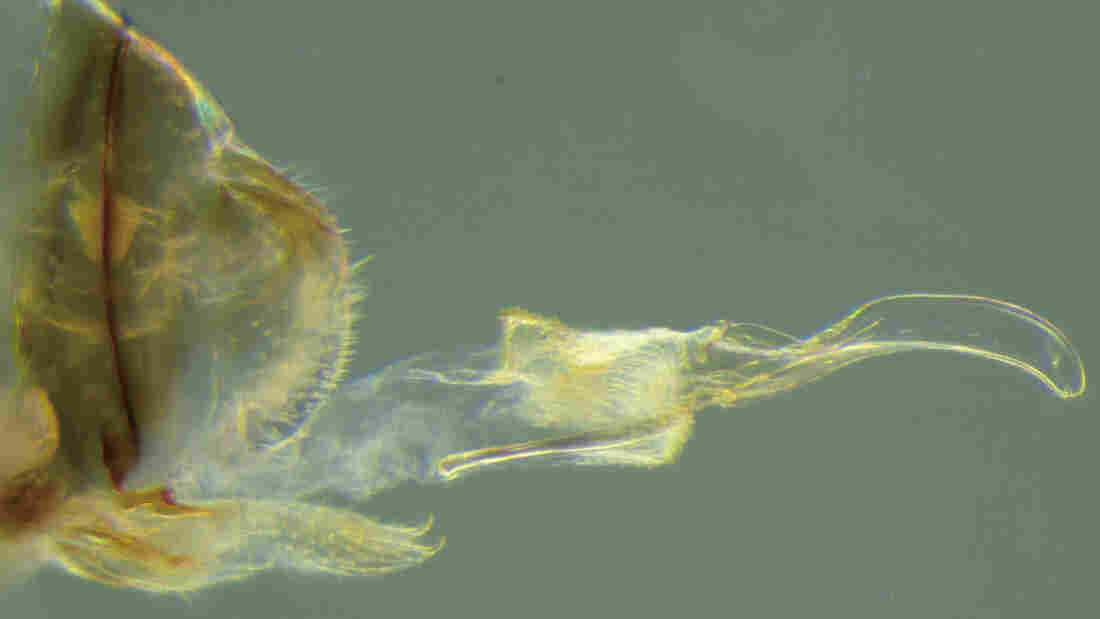 Made for a tight grip: The female penis of an insect species newly discovered in Brazil has spines on it. Courtesy of Current Biology, Yoshizawa et al. hide caption 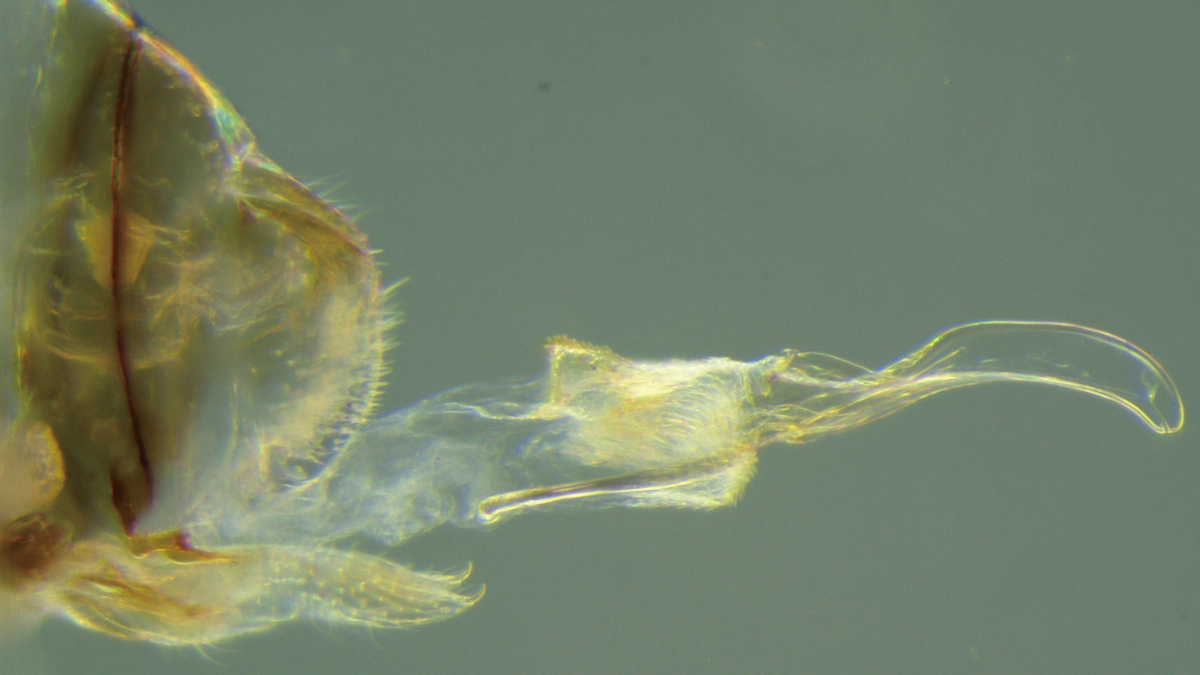 Made for a tight grip: The female penis of an insect species newly discovered in Brazil has spines on it.

Four new insect species found in Brazil have rather strange sex lives — to say the least. Their sex organs are reversed: Females have penises and males have vaginas, scientists reported Thursday in the journal Current Biology.

"There's nothing that [this] can be compared to," the study's co-author, Rodrigo Ferreira of the Federal University of Lavras in Brazil, told National Geographic. "This elaborate female penis is completely unique."

The shape and size of the sexual organs are different for each of the four species, which belong to the Neotrogla genus.

But in general, the female's penis inflates and penetrates the male's simple chamber during sex.

Spiny structures on the penis anchor the female to the male. This tight grip allows copulation to occur for quite some time, like 40 to 70 hours (yes, that's about two days).

Other insects, such as some mites and beetles, also have females with long, tubelike protrusions that are used during sex, Ferreira and his colleagues write. But none of them lock in and anchor, as these Brazilian ones do.

Female seahorses have an appendage to deposit eggs in the male's pouch. "But this is not a penis," Ferreira and his team write.

Ferreira and his colleagues scoured caves in Brazil to find these unique critters, and then observed their mating habits in the lab.

Apparently, the flea-sized insects have maintained one traditional feature of copulation: The female collects sperm released by the male.

In other Neotrogla species, this "nuptial gift" is packed with nutrients as well as sperm. That feature may explain why the insects have evolved the rare role reversal.

The species live in dry caves where food and nutrients are limited. "If Neotrogla males need to spend valuable resources producing their sperm packets," Scientific American explains, "it's likely they would be choosy about their mates ... which would help explain why the females have evolved a penis well designed to hold down reluctant mates long enough to wring out all their gifts."