Accessibility links
Strong Quake Rattles Mexico, But No Injuries Reported : The Two-Way The magnitude 7.2 temblor's epicenter was about 80 miles northwest of Acapulco, but it shook up residents in the capital, Mexico City. 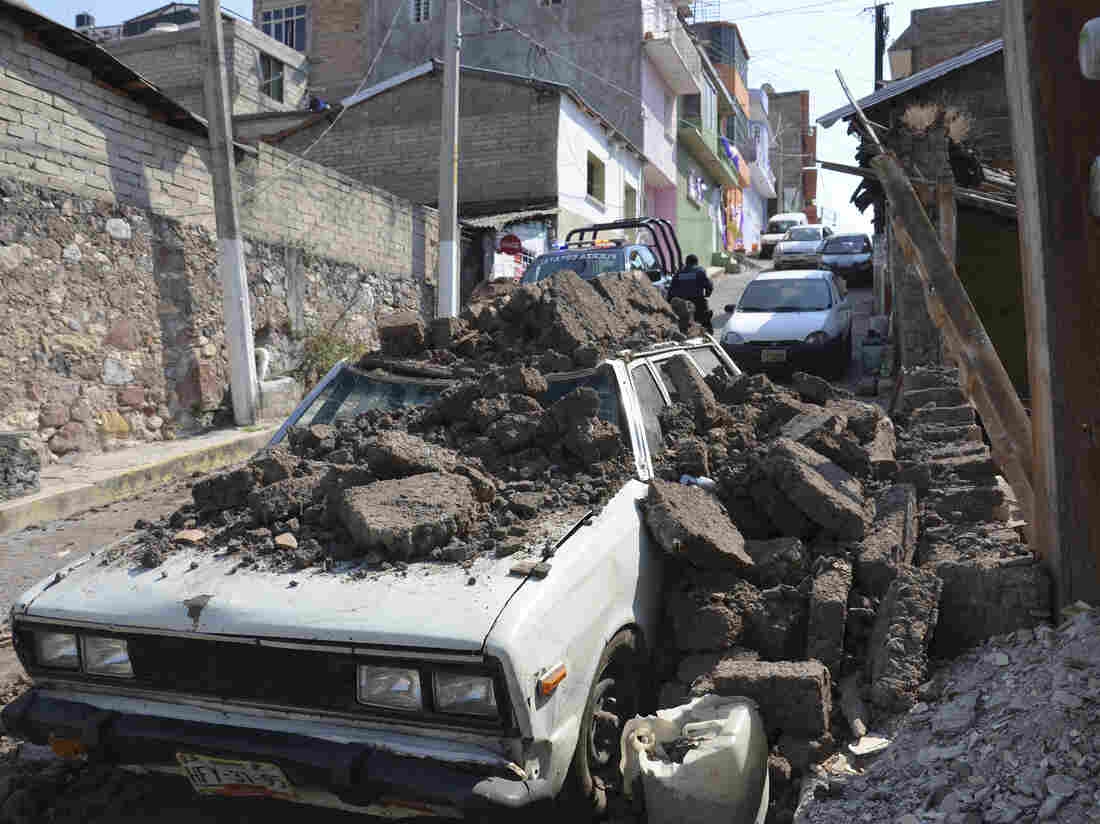 A parked car suffered damage when a adobe wall collapsed on it after a strong earthquake shook Chilpancingo, Mexico, on Friday, but there were no early reports of major damage or casualties. Alejandrino Gonzalez/AP hide caption 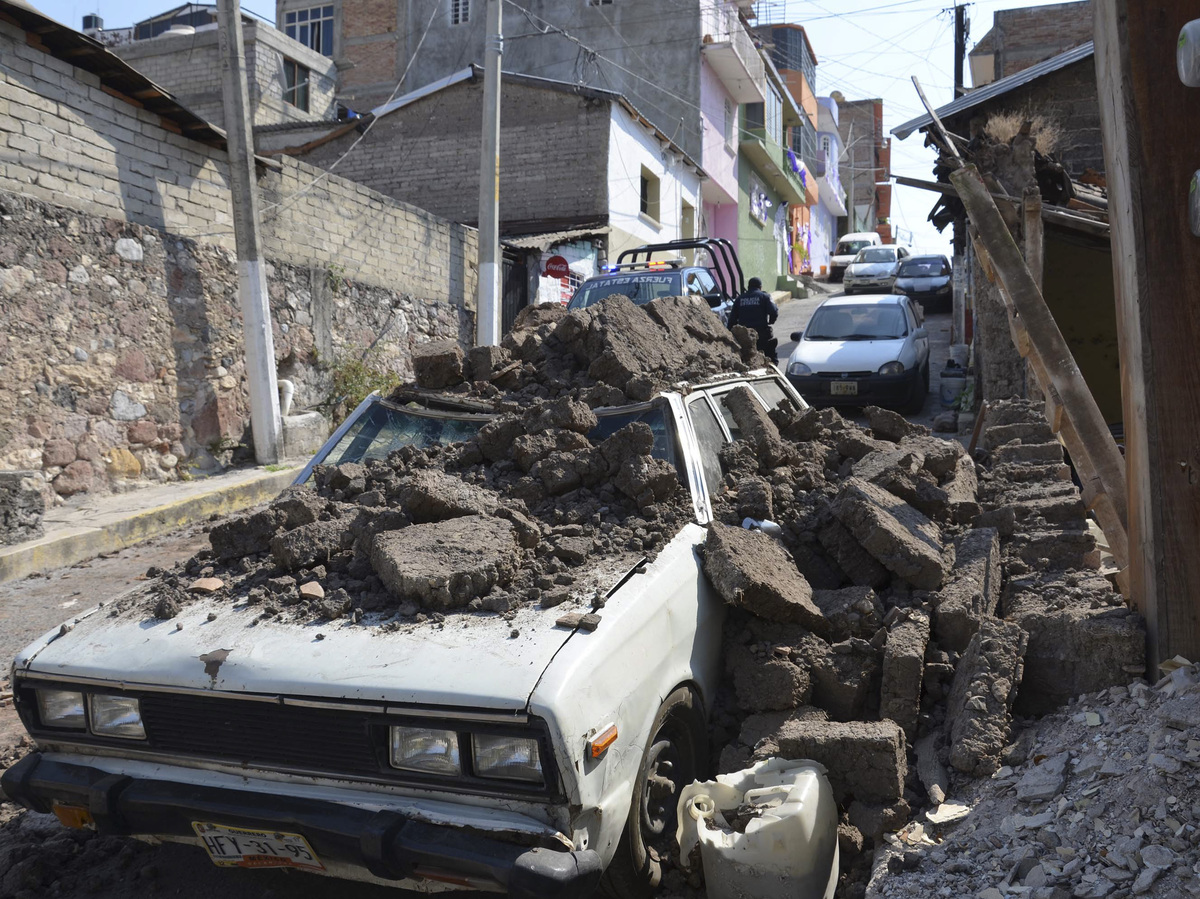 A parked car suffered damage when a adobe wall collapsed on it after a strong earthquake shook Chilpancingo, Mexico, on Friday, but there were no early reports of major damage or casualties.

A powerful magnitude 7.2 earthquake that struck near Mexico's resort town of Acapulco could be felt as far away as Mexico City, but there were no immediate reports of injuries or major damage.

The U.S. Geological Survey says the epicenter of Friday's quake was located about 80 miles northwest of Acapulco at a depth of about 15 miles. The effects, however, were felt 165 miles northeast in the Mexican capital, where shaking startled residents and lasted for about 30 seconds.

The Associated Press says a woman who answered the phone at the civil protection office in Acapulco reported that officials were patrolling the city to check for damage and casualties.

NPR's Jasmine Garsd, reporting from Mexico City, says that while Mexicans are used to earthquakes, this one, which occurred on a holiday at about 9:30 a.m., was particularly strong.

"People started running out in the street," she says, adding that "street signs and street lights were waving back and forth."

"You could see a lot of people still in their pajamas, or barefoot," Jasmine says. "It lasted for quite a bit."

Joyce reports that the section of the plate boundary in question "hasn't seen a quake in about a century, meaning that a lot of tension had built up.

"Scientists say there's still a chance there are more quakes to come in the same area," he says.

In 1985, a magnitude 8.1 quake killed some 6,000 people and destroyed many buildings in Mexico City.