Accessibility links
Keystone XL Pipeline Review Extended By State Department : The Two-Way Federal agencies are getting more time to review the controversial project, the State Department says, given an ongoing legal battle in Nebraska over whether the pipeline could pass through. 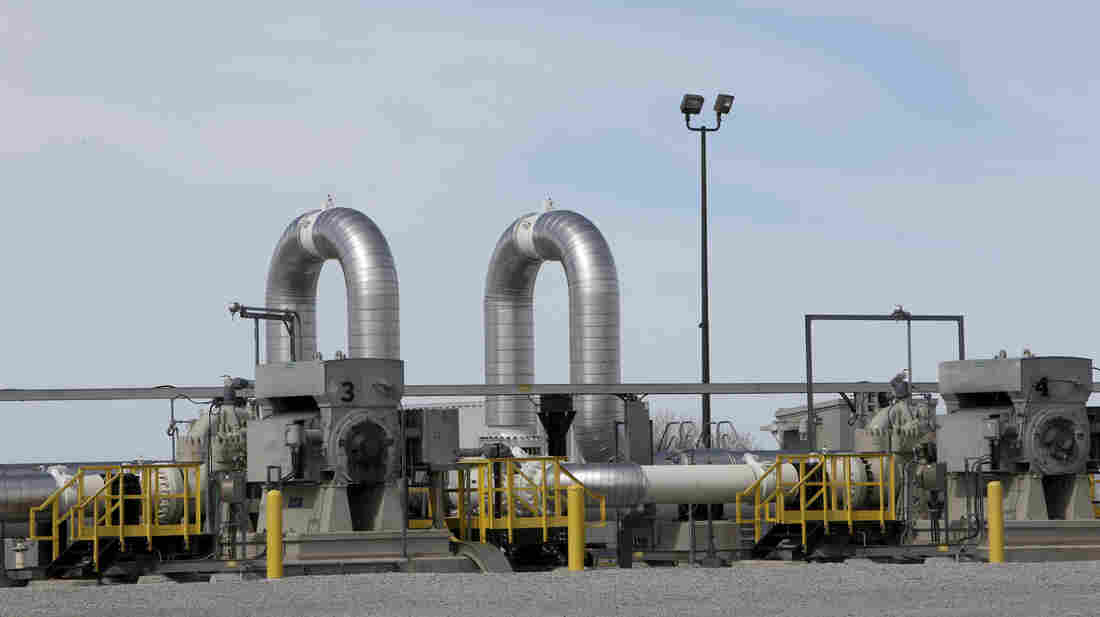 A TransCanada Keystone Pipeline pump station operates outside Steele City, Neb. The State Department is extending the review period for the pipeline, given ongoing litigation in Nebraska over the project. Lane Hickenbottom/Reuters /Landov hide caption 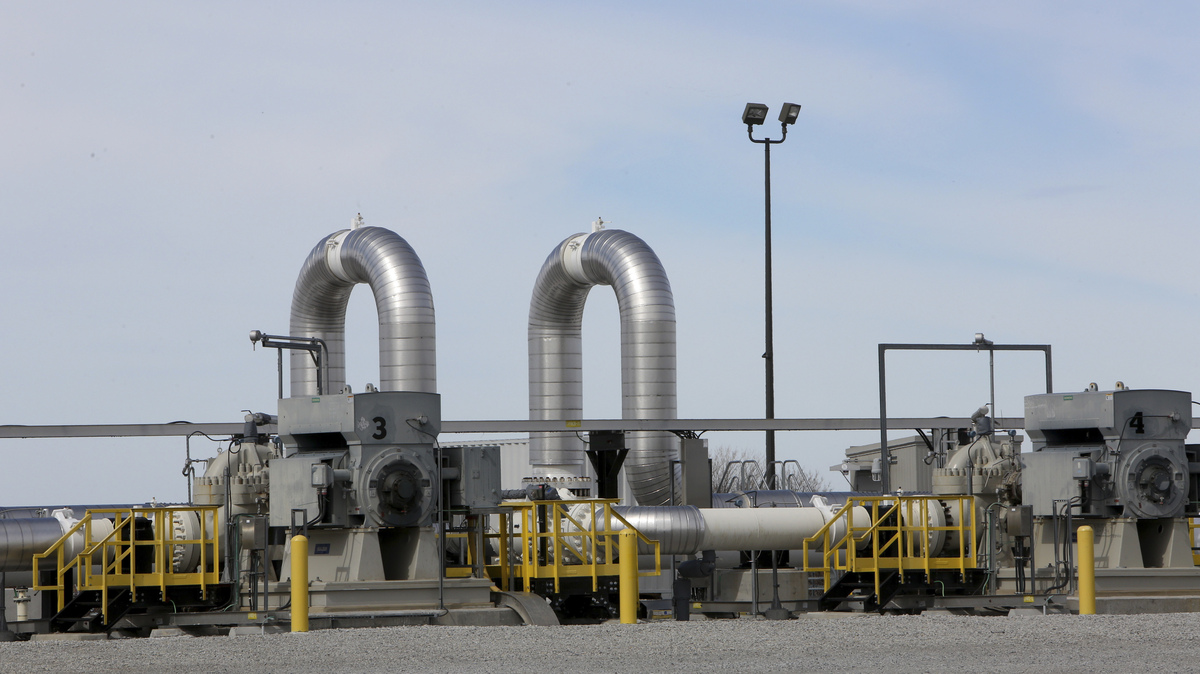 A TransCanada Keystone Pipeline pump station operates outside Steele City, Neb. The State Department is extending the review period for the pipeline, given ongoing litigation in Nebraska over the project.

The State Department is giving federal agencies more time to review the Keystone XL Pipeline project. The additional time was given "based on the uncertainty created" by an ongoing legal battle in Nebraska, according to a State Department statement.

In February, a Nebraska judge struck down a 2012 law that allowed part of the pipeline to run through the state. The pipeline would extend from Canada to the Gulf Coast.

Waiting for a final ruling in Nebraska could push a federal decision on the pipeline past the midterm elections in November, Politico reports. In its release Friday, the State Department did not say how much more time it would give agencies.

The reaction to Friday's announcement was swift, NPR's Tamara Keith reports for All Things Considered. Republicans denounced the move as political. Manager Cindy Schild of the American Petroleum Institute, which backs the project, said the decision was sad and shocking.

"It's just putting this delay in perpetuity when we could be putting Americans to work," she told Keith. "Once again, we're looking at a sad day when we're seeing politics trumping good policy decision-making at the White House."

On the other side of the debate, environmentalist Bill McKibben said, "We need more than delays, we need the president to act boldly and set a signal for the rest of the world that this is the kind of project that we just can't do going forward."

As It's All Politics has reported, the contested project became even more complicated after the State Department released an environmental assessment in January. The agency found that Canada's production of tar sands crude was unlikely to be affected by the pipeline.

Nebraskans are split over the issue, The Associated Press reported in March, particularly as some landowners have already reached financial settlements with the pipeline company, TransCanada.