Accessibility links
Teen Survives Flight To Hawaii In Jet's Wheel Well, FBI Says : The Two-Way "Kid's lucky to be alive," an FBI spokesman says of a 16-year-old boy who authorities think stowed away Sunday in the wheel well of a flight from San Jose, Calif., to Maui. The odds were against him. 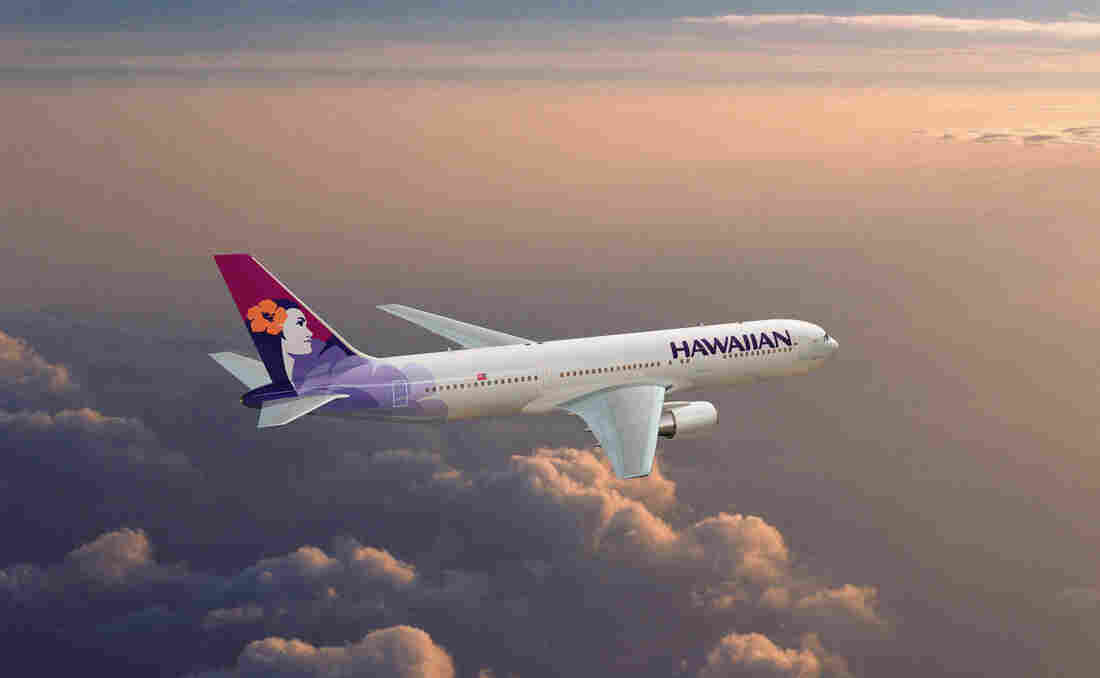 It was a Hawaiian Airlines Boeing 767 such as this, authorities say, on which a California teen stowed away in the wheel well. He reportedly survived the 5 1/2-hour flight from San Jose to Maui. PR News/Hawaiian Airlines hide caption 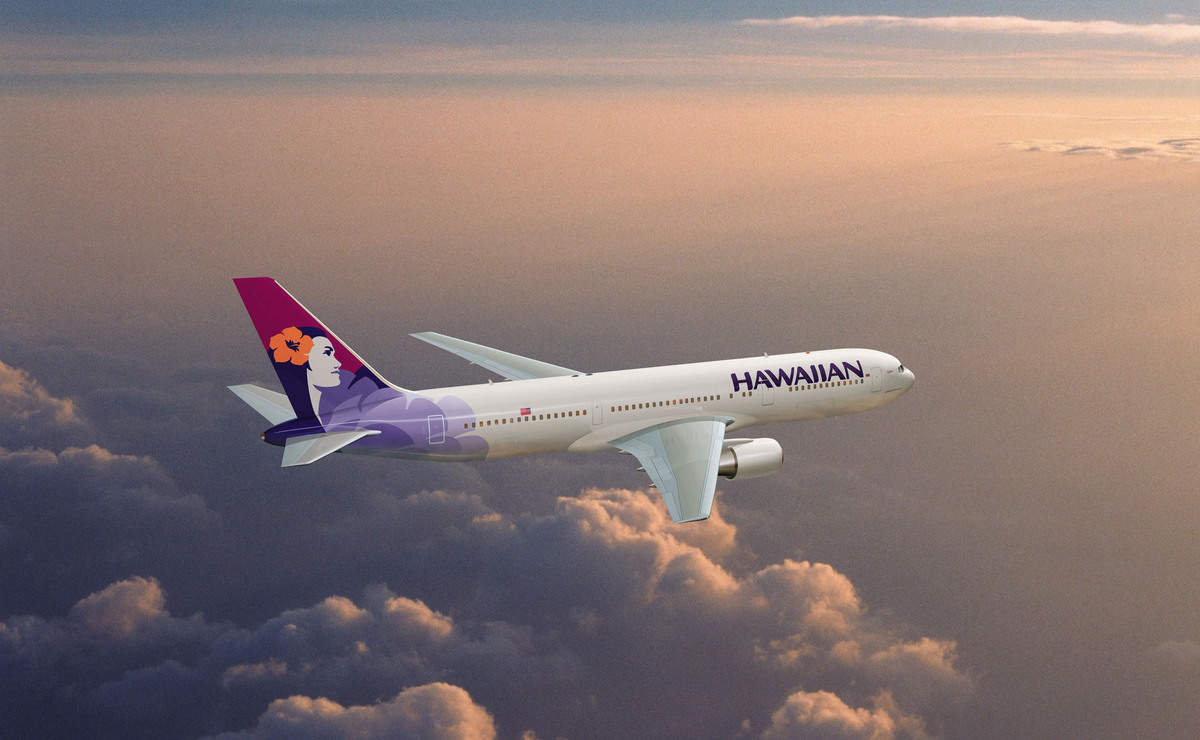 It was a Hawaiian Airlines Boeing 767 such as this, authorities say, on which a California teen stowed away in the wheel well. He reportedly survived the 5 1/2-hour flight from San Jose to Maui.

"Aviation experts call it a miracle," says Honolulu's KHON-TV. "The FBI says a 16-year-old boy stowed away in the wheel well of a flight from California to Hawaii, and survived. The boy is expected to fully recover."

According to The Maui News, the unidentified teen survived the trip "halfway across the Pacific Ocean unharmed despite frigid temperatures at 38,000 feet and a lack of oxygen, FBI and airline officials said."

The Associated Press writes that FBI spokesman Tom Simon says the "kid's lucky to be alive." The news service adds:

"Simon said security footage from the San Jose airport verified that the boy from Santa Clara, Calif., hopped a fence to get to Hawaiian Airlines Flight 45 on Sunday morning. The child had run away from his family after an argument, Simon said. Simon said when the flight landed in Maui, the boy hopped down from the wheel well and started wandering around the airport grounds.

" 'He was unconscious for the lion's share of the flight,' Simon said. The flight lasted about 5 1/2 hours."

"The odds of a person surviving that long of a flight at that altitude are very remote, actually. I mean, you are talking about altitudes that are well above the altitude of Mount Everest. And temperatures that can reach 40 degrees below zero. A lot of people would only have useful consciousness for a minute or two at that altitude. For somebody to survive multiple hours with that lack of oxygen and that cold is just miraculous. I've never heard of anything like that before."

The boy, Simon told the AP, has been handed over to child protective services in Hawaii and will not be charged with a crime. The jet he reportedly stowed away on was a Boeing 767.

In California, the wire service adds, "a Mineta San Jose International Airport spokeswoman said airport police were working with the FBI and the Transportation Security Agency to review security at the facility as part of an investigation."

U.S. Rep. Eric Swalwell, a Democrat whose district includes cities and suburbs east of the San Francisco Bay Area and who serves on the Committee on Homeland Security, tweeted Monday that he has "long been concerned about security at our airport perimeters. #Stowaway teen demonstrates vulnerabilities that need to be addressed."

Update at 11 a.m. ET. More On How Incredible This Seems:

"Some experts theorized that because of the unforgiving conditions, the boy's body went into a state of hibernation, remaining unconscious until the plane reached a lower altitude," The San Francisco Chronicle writes. [It's] 'a medical miracle, akin to those who fall into frozen rivers and survive,' said former San Francisco International Airport spokesman Michael McCarron."

The Chronicle adds that "pilot and aviation consultant John Nance said the incident is 'one of three things — a hoax, a miracle or we're going to have to rewrite the textbooks if he actually did what he says he did. He needs to be studied very carefully by medical science because this is not supposed to be possible.' "