Accessibility links
Alaska OKs Bill Making Native Languages Official : The Two-Way If you're inclined, you could soon speak Tlingit, Inupiaq, or Siberian Yupik in Alaska with the knowledge that those and 18 other languages (including English) are officially recognized by the state. 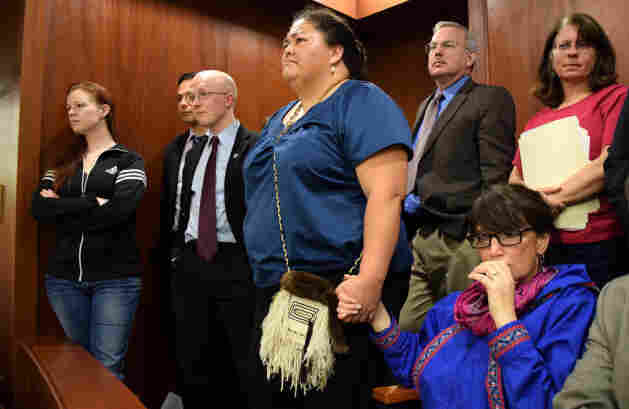 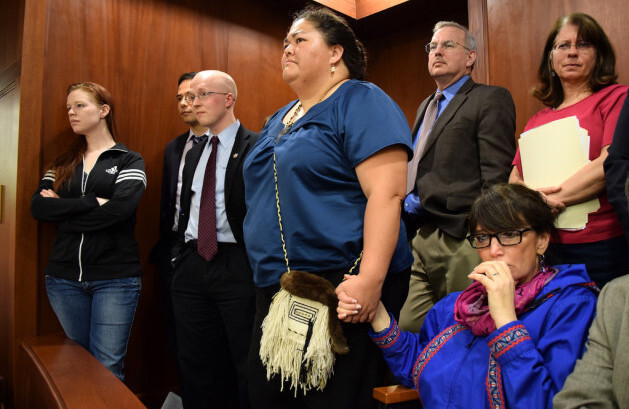 If you're so inclined, and able, you could soon speak Tlingit, Inupiaq, or Siberian Yupik in Alaska with the knowledge that those and 18 other languages, including English, are officially recognized by the state. Alaska's Legislature approved a bill giving them that status Monday.

Its backers say the largely symbolic bill is a statement about equality. The legislation, House Bill 216, clarifies that it "does not require or place a duty or responsibility on the state or a municipal government to print a document or record or conduct a meeting, assembly, or other government activity in any language other than English."

But the bill does put 20 Alaska Native languages on a par with English, which as NPR member station KTOO reports was made the official language of the state by a 1998 voter initiative.

"That's all we want is equal value," Lance Twitchell, a professor of Native languages at the University of Alaska Southeast tells KTOO. "And there's nothing wrong with standing up and saying that. It takes a lot of courage to do that. And it takes a lot of something else to try and go against that."

The bill was endorsed in Alaska's House of Representatives last week, in a 38-0 vote. To ensure its passage before the current legislative session, supporters of the bill organized a 15-hour sit-in at the Capitol that started around noon Sunday. In the early hours of Monday, the Alaska Senate approved it 18-2.

The language bill may be symbolic, but to some of the folks who spoke to KTOO, it means a lot.

"Many elders who attended the sit-in recalled being punished as children for speaking their first languages," KTOO's Casey Kelly reports. "Irene Cadiente of Juneau said her teachers would hit her with a ruler when they caught her speaking Tlingit."

"Many Alaska native languages are down to a few hundred fluent speakers or fewer, many of whom are elderly. In 2008, the state watched one of its indigenous languages become extinct with the death of Marie Smith, the last fluent speaker of Eyak."

The bill is headed to Gov. Sean Parnell for his signature. If it's enacted, Alaska would join Hawaii as the two U.S. states that recognize indigenous languages as official state languages.

"Our language is everything. It's the air we breathe. It's the blood that flows through our veins," Twitchell tells KTOO.

Here's the full list of languages the bill officially recognizes: