Accessibility links
Government Will Try To Persuade Sherpas To Stay On Everest : The Two-Way Some of the guides have reportedly packed up to leave. Shaken by the deaths last week of 16 Sherpas, many don't want to climb this year. Negotiators are headed to Everest's base camp. 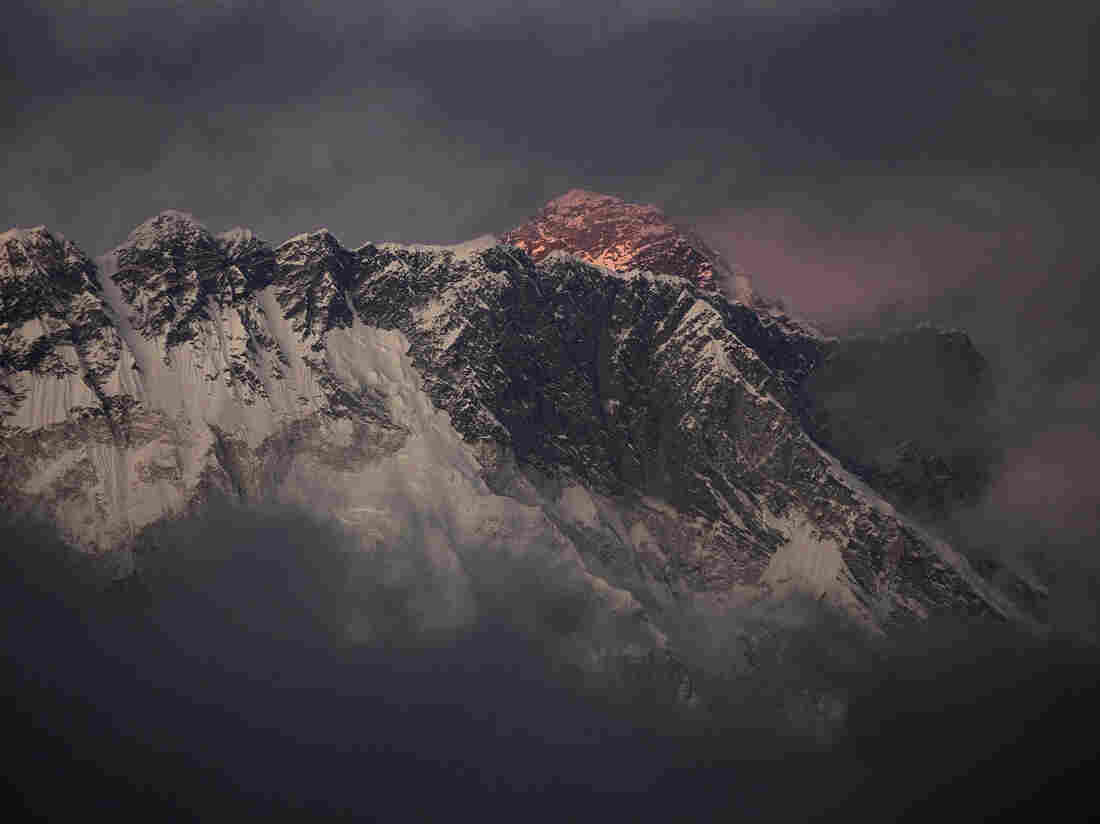 The sun shines on the peak of Mount Everest in this October 2011 photo. On Friday, an avalanche swept away 16 Sherpas. Kevin Frayer/AP hide caption 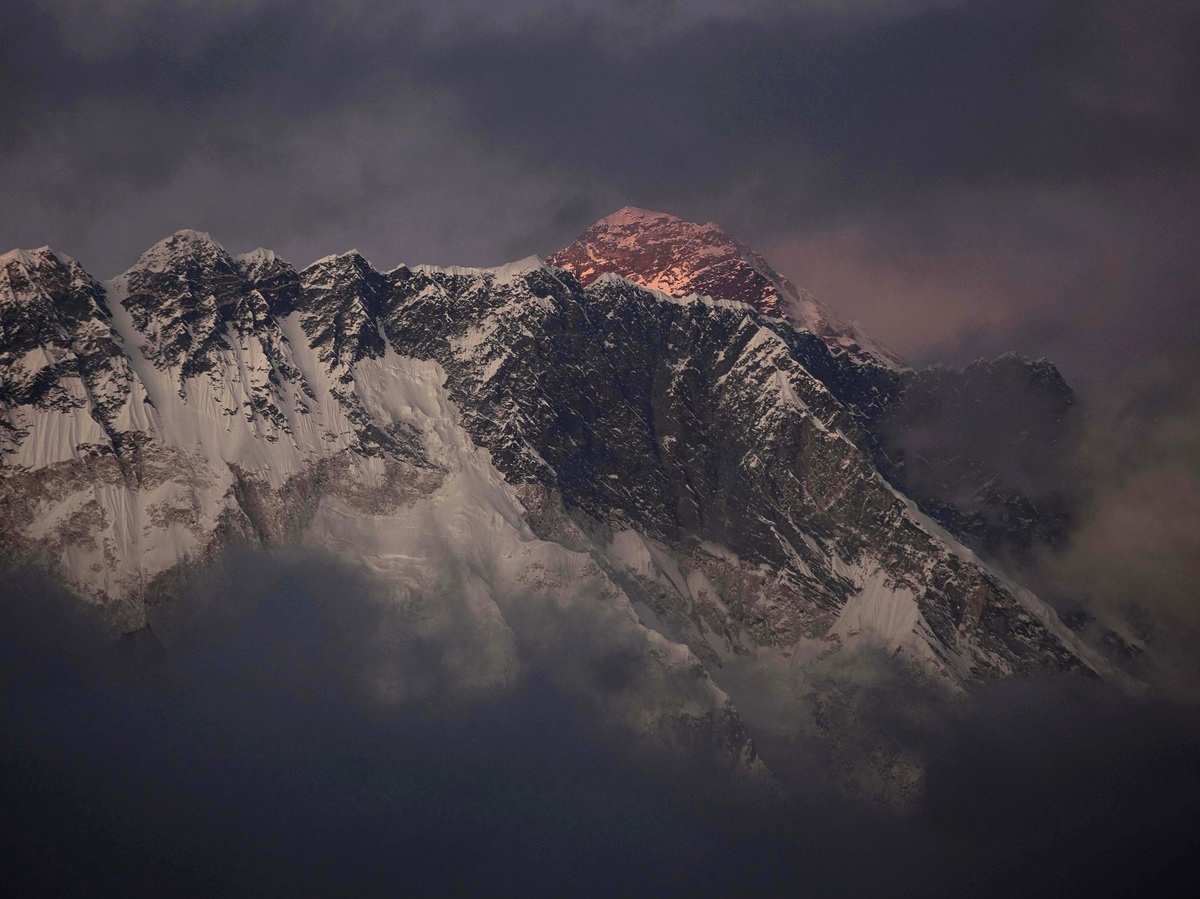 The sun shines on the peak of Mount Everest in this October 2011 photo. On Friday, an avalanche swept away 16 Sherpas.

The news from high up the world's tallest mountain continues to be confusing, with some reports implying that a boycott by Sherpas means there will be no climbs to the summit this year and others indicating that there will still be attempts to reach the top.

Based on what we can glean from various news accounts, it appears that some expeditions have indeed canceled their climbs. But it also seems that at least some of the estimated 400 Sherpas on the mountain may be willing to continue on — meaning there will be summit attempts in coming weeks.

Whether there will or won't be any expeditions to the summit this year became an issue Friday when an avalanche buried 16 Sherpas who were working to set up ropes and make other preparations for the expeditions that employ them. Thirteen bodies were recovered. The other three Sherpas are missing and presumed dead.

It was the deadliest day ever recorded on Everest.

Here's some of what's being reported about the likelihood of expeditions this year:

-- "Nepal's government decided on Wednesday to send a delegation of officials to the base camp of Mount Everest to cool anger among Sherpas over its response to last week's deadly ice avalanche in which at least 13 guides were killed," and another three Sherpas remain missing and are presumed dead. (Reuters)

-- "Sherpa guides packed up their tents and left Mount Everest's base camp Wednesday in an unprecedented walkout to honor 16 of their colleagues who were killed last week in the deadliest avalanche ever recorded on the mountain, climbers said. ... American climber Ed Marzec, 67, said by phone from the base camp that Sherpas were loading their equipment onto a helicopter that had landed at the camp. ... But he said some smaller companies were hoping to go ahead with their climbs, and it was not clear whether all of the approximately 400 Sherpas on the mountain would join the boycott." (The Associated Press)

-- "The [Nepalese] government today decided to send a high-level team, led by a senior official, to the Everest base camp as soon as possible to convince the protesting Sherpas to resume the suspended climbing activities. Notwithstanding the government announcement to meet their demands regarding welfare and relief in the wake of fatal avalanche in the Mount Everest, the mountaineering support staff and guides are still divided over whether to resume the halted expeditions." (The Himalayan Times)