Accessibility links
Saddened Students Return To Ferry Disaster Victims' School : The Two-Way More bodies were recovered Thursday from the ship, which sank last week. So far, at least 171 deaths have been confirmed. Another 131 people, many of them students from one school, remain missing. 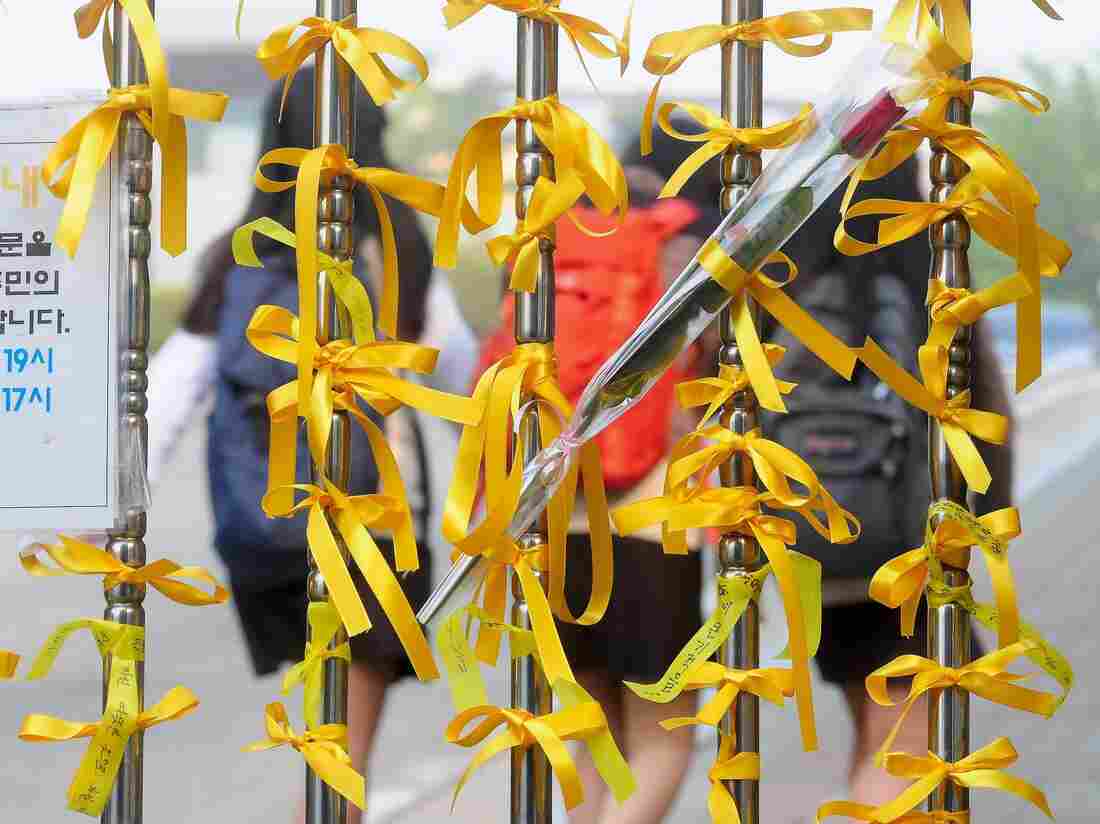 Yellow ribbons hang from a fence outside Danwon High School in Ansan, South Korea, as some students return Thursday for the first time since a ferry disaster claimed the lives of scores of their classmates. Yang Ji-woong /EPA/Landov hide caption 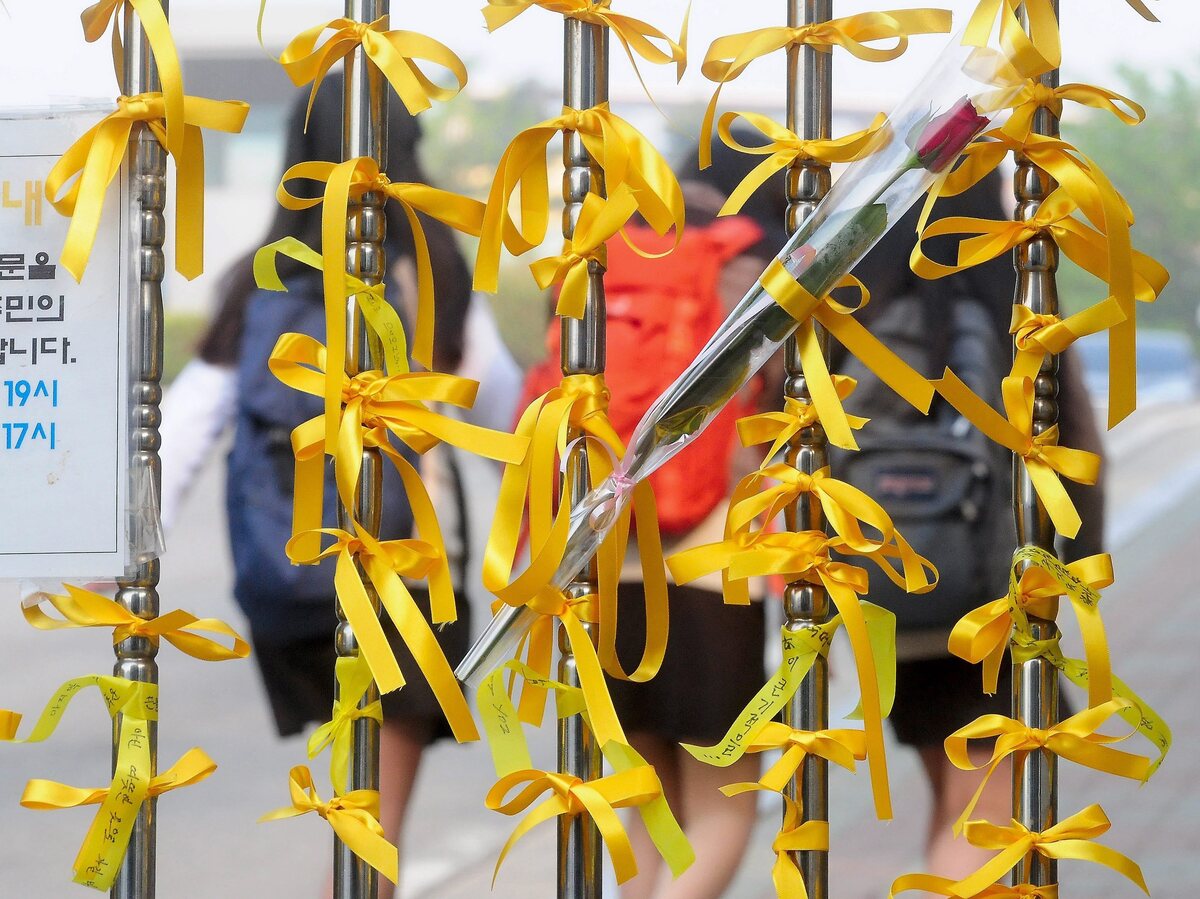 Yellow ribbons hang from a fence outside Danwon High School in Ansan, South Korea, as some students return Thursday for the first time since a ferry disaster claimed the lives of scores of their classmates.

Students at Danwon High School in Ansan, South Korea, began the difficult process of resuming classes on Thursday, eight days after a ferry disaster claimed the lives of more than 200 of their classmates.

According to South Korea's Yonhap News, the seniors (or third-year year students):

"Made way ... for a hearse carrying the body of a fellow female student killed in last week's ferry sinking. The car drove around the campus, giving the girl a final tour of her high school. ...

"Awaiting the returning students were signs of last week's tragic accident. Pieces of colorful paper posted on the school gate bade farewell to their fellow students and wished for their safe return. Bundles of chrysanthemums, a flower for mourning, were laid at the school entrance.

"Students hurried around the campus in silence, making way when the funeral car" passed by.

The Associated Press says that Danwon High "was founded in 2005 and has more than 1,200 students and 85 teachers." Like other South Korean high schools, it is divided into three grades.

The teenagers who were on the ferry trip to a resort island were second-year students. The Los Angeles Times says "the field trip to Jeju was meant to be a final bit of fun for the juniors, as in their second year of high school they were set to begin preparing for South Korea's notoriously difficult, and important, college entrance exam."

The AP says 323 students took the trip and more than three-quarters are known to have died or are missing and presumed dead.

"Students in the lower grades, as well as the 13 Danwon juniors who didn't sign up for the trip to Jeju, are scheduled to return to class Monday. It hasn't been announced when the 75 juniors who were rescued from the sinking ferry will resume their studies."

As the school was reopening, Yonhap was also reporting that "the confirmed death toll rose to 171, but 131 others were still unaccounted for. ... Of the 476 people on board, only 174 passengers, including the ferry's captain and most of its crew, were rescued."

Also Thursday, Reuters posted this sad account from one of the divers who have been recovering bodies:

"A boy and girl trapped in a sinking South Korean ferry with hundreds of other high school students tied their life jacket cords together, a diver who recovered their bodies said, presumably so they wouldn't float apart.

"The diver had to separate the two because he could not carry two corpses up to the surface at the same time.

" 'I started to cry thinking that they didn't want to leave each other,' he told the Kyunghyang Shinmun newspaper on the island of Jindo on Thursday, near where the overloaded ferry went down last week."