Accessibility links
Long-Lost Wreck Off San Francisco Recalls Anti-Chinese History : The Two-Way The City of Chester, which sank in 1888 after colliding with the liner Oceanic, has been found. At the time, false reports that the other ship's Chinese crew failed to assist stoked racial hatred. 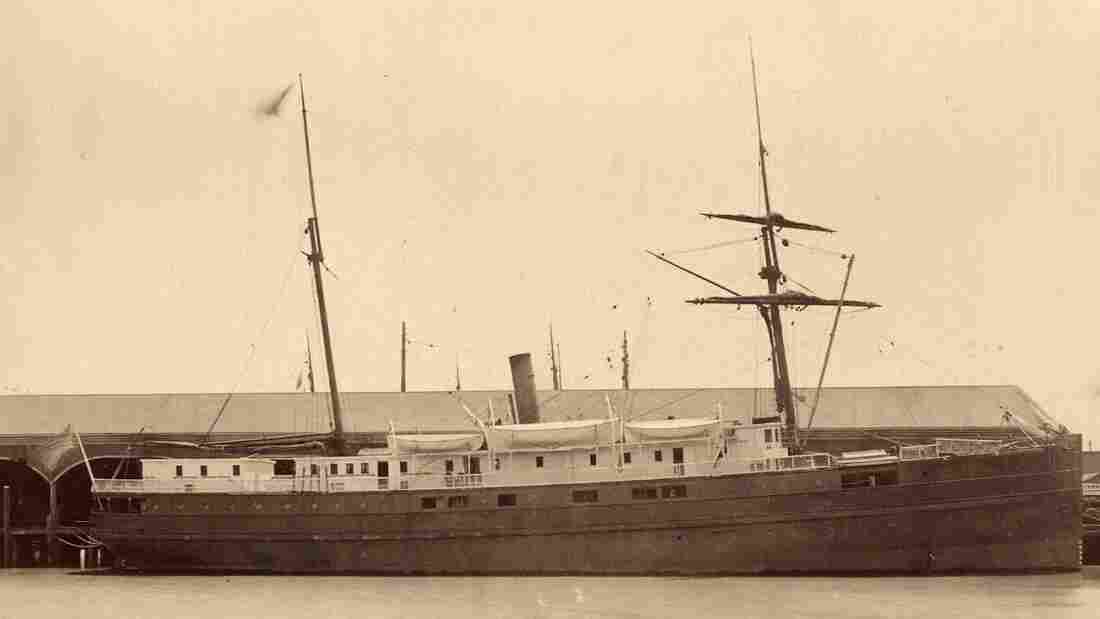 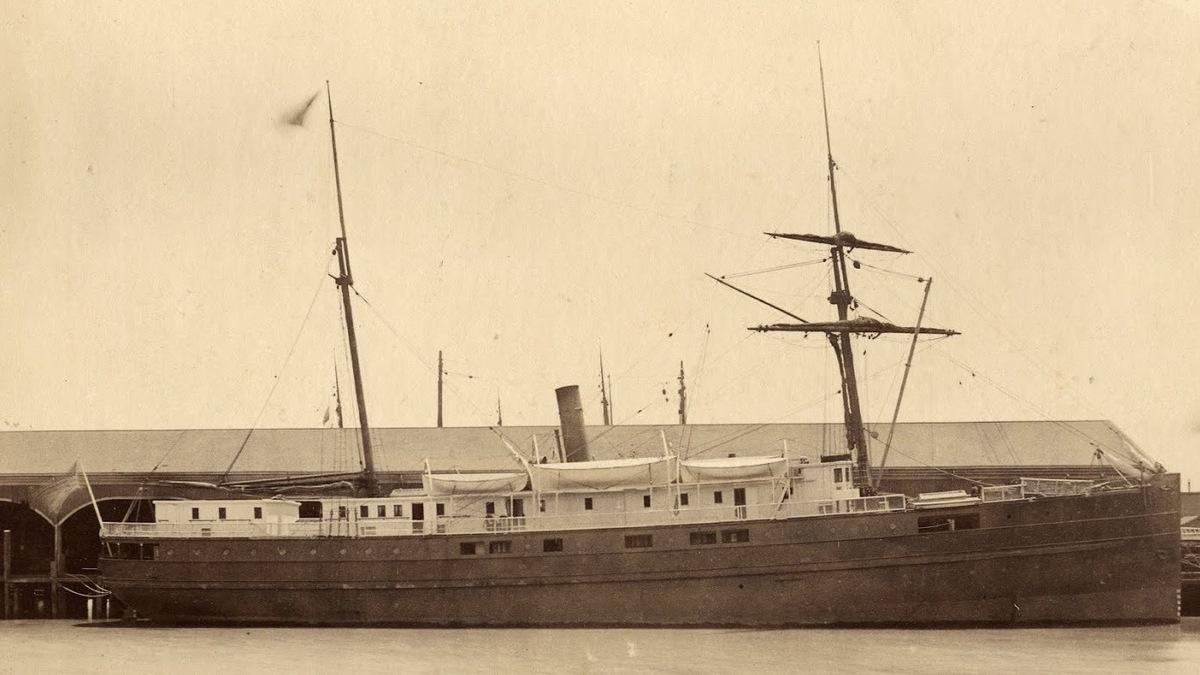 The steamship City of Chester.

Rewind to the year 1888: The 202-foot SS City of Chester, departing San Francisco harbor in thick fog, is nearly cut in two by the much larger liner Oceanic, arriving from Hong Kong. Within six minutes, the smaller ship disappears under the turbulent current near the site of the present-day Golden Gate Bridge, claiming 16 lives.

Now, fast-forward to Wednesday: NOAA says it's found the wreck of the City of Chester, which still ranks among San Francisco's worst maritime disasters. The discovery was made last May by the agency's Office of Coast Survey Navigational Response Team 6, using a small boat equipped with a multibeam sonar. 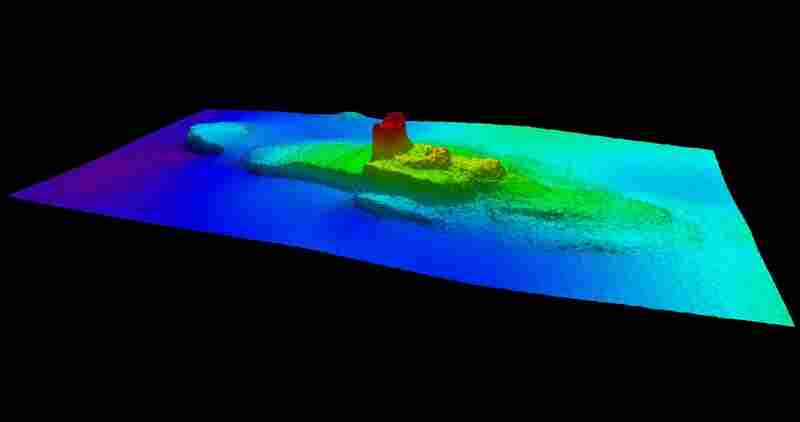 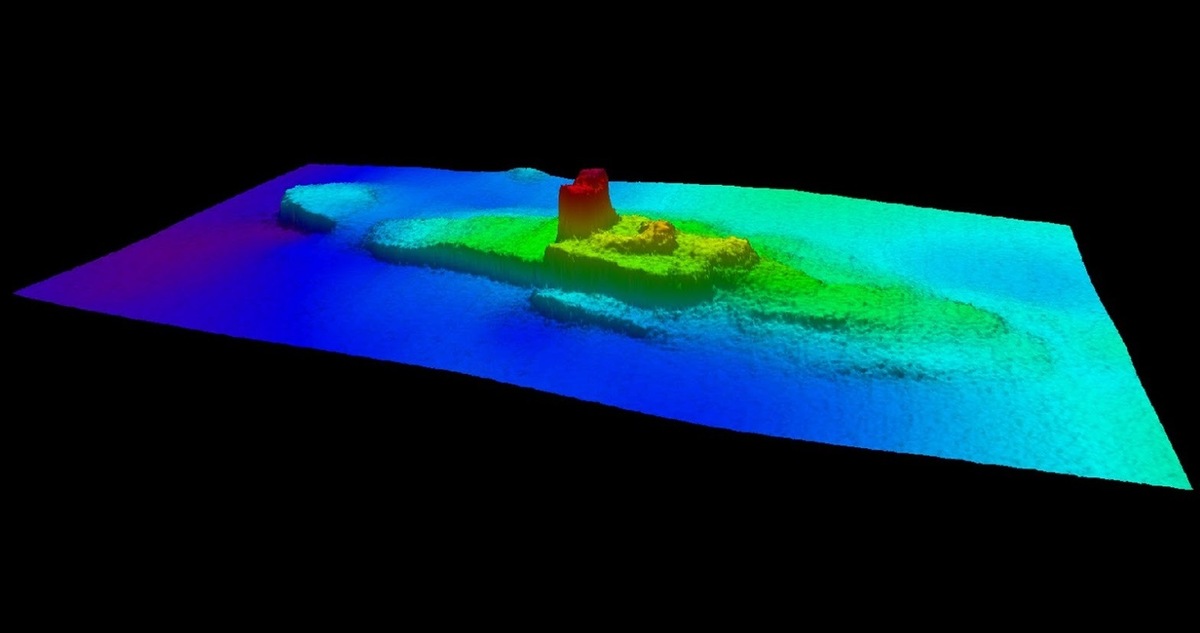 A 2013 multibeam sonar image of the sunken SS City of Chester.

The loss of life aboard the Chester is just part of the history lesson, the National Oceanic and Atmospheric Administration says:

"Reports at the time initially criticized Oceanic's Chinese crew in the racially charged atmosphere of the times," NOAA says. "Criticisms turned to praise, however, when the bravery of the crew in rescuing many of City of Chester's passengers was revealed."

Oceanic had 74 Chinese crewmen and 1,062 Chinese steerage passengers. According to NOAA, the Chester had 90 passengers aboard and an unspecified number of crew.

According to SFGate, "The accident happened at a time when xenophobic fears of a 'yellow peril' were at a peak in San Francisco, and five years after President Chester Arthur signed the Chinese Exclusion Act."

Chinese workers had been key to completing the western branch of the Transcontinental Railroad, completed in 1860, but by 1882, the Chinese Exclusion Act imposed a 10-year moratorium on Chinese labor immigration. When the act expired in 1892, it was renewed as the Geary Act, which continued to restrict Chinese immigration until the 1920s.

James Delgado, director of maritime heritage for NOAA's Office of National Marine Sanctuaries, says discoveries such as the wreck of the City of Chester "remind us that the waters off our shores are museums that speak to powerful events, in this case not only that tragic wreck, but to a time when racism and anger were set aside by the heroism of a crew who acted in the best traditions of the sea."

But, as NOAA notes, its not the first time the wreck of the Chester has been spotted:

"It was 125 years earlier that the U.S. Coast and Geodetic Survey, NOAA's predecessor agency which was charged with responsibility for charting the nation's coasts and harbors, believed it had located the City of Chester in early September 1888 by dragging a wire from the tugboat Redmond to snag the hulk.

"A veteran salvage diver of the time, Capt. Robert Whitelaw, also claimed to have relocated the wreck, sending a hard-hat diver down more than 200 feet in 1890 to report City of Chester nearly cut in two, with the tide running through the cut 'like a millrace.' No attempt was made to raise the wreck then and there are no plans to do so today."