Accessibility links
Pope OKs Communion For The Divorced? Not So Fast, Vatican Says : The Two-Way Word about what the pope reportedly said when he called a woman in Argentina set off speculation that he wants to reverse church teachings. His spokesman says that's reading too much into the story. 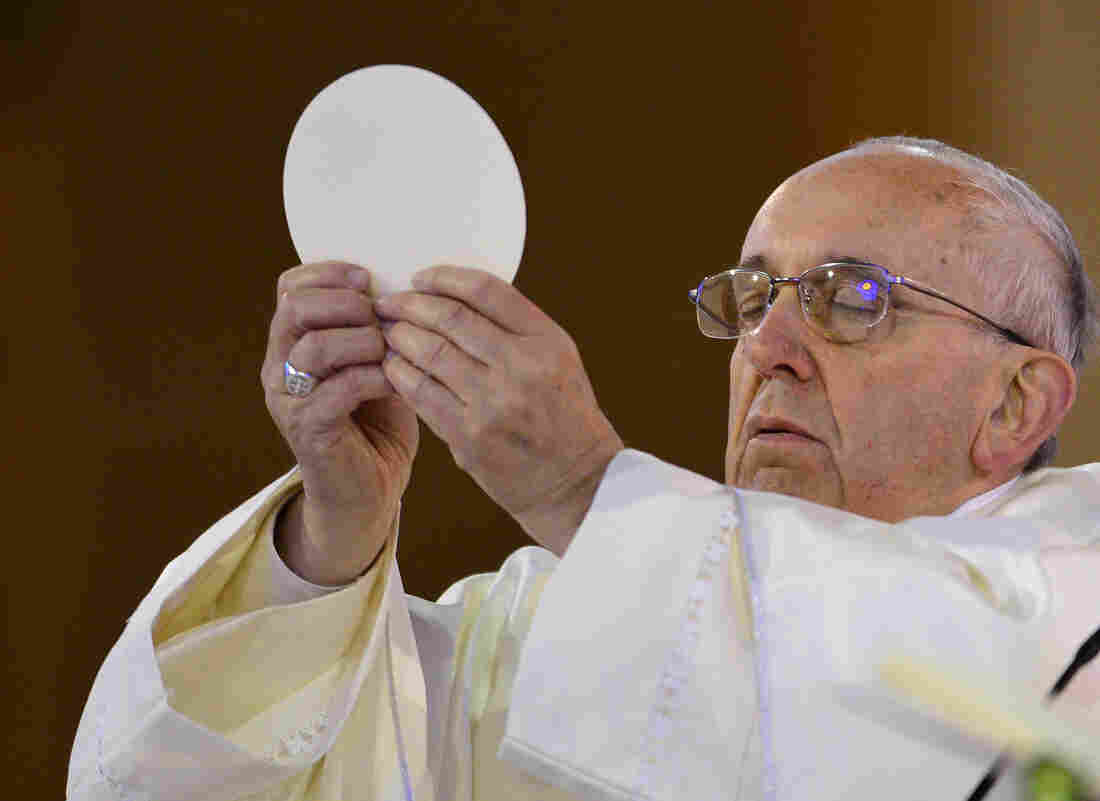 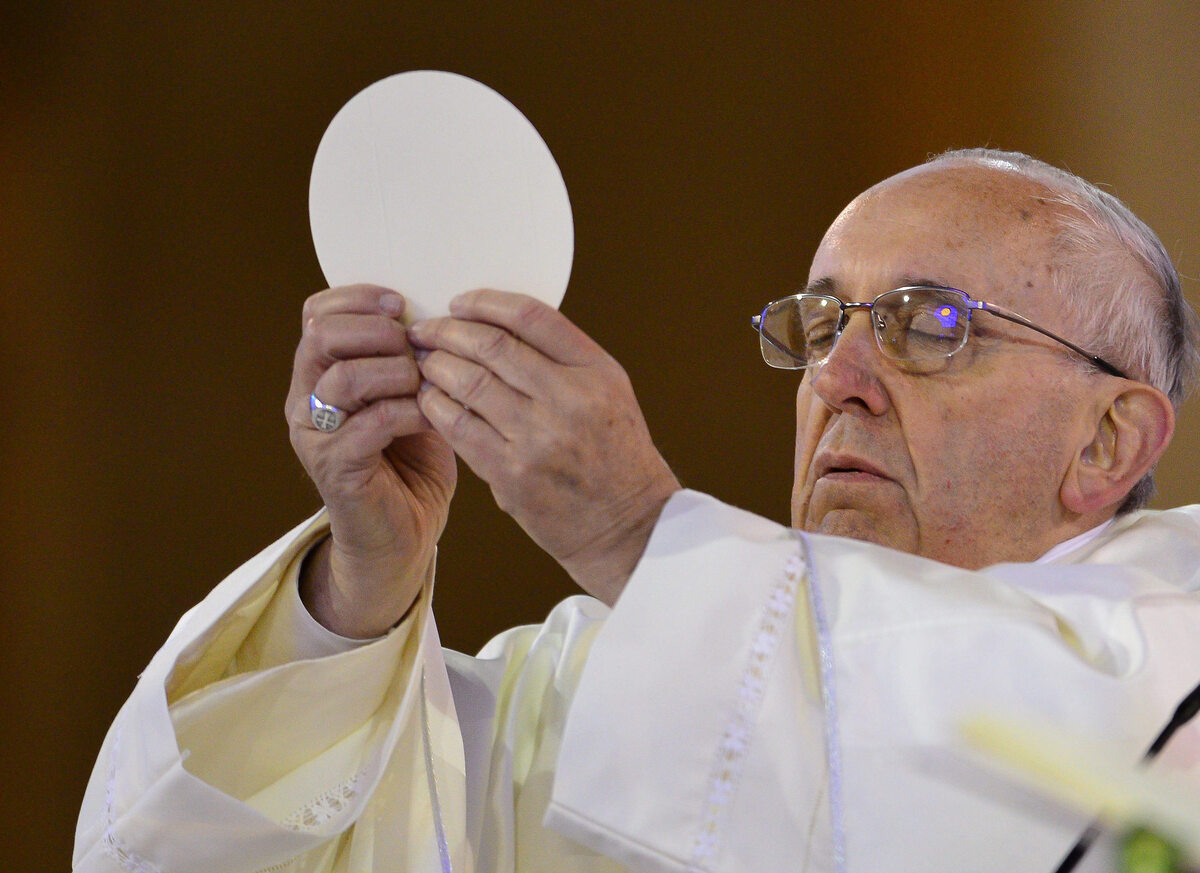 Pope Francis as he celebrated Communion last July in Brazil.

The Vatican on Thursday sought to tamp down speculation that Pope Francis wants to reverse church teachings and allow divorced and remarried Catholics and their spouses to take Communion.

Religion News Service walks through what happened after word surfaced earlier this week that the pope reportedly called a woman in Argentina and told her it is OK for at least some divorced Catholics or their spouses to receive that sacrament.

The woman, Jacqueline Sabetta Lisbona, had written to the pope about her anguish because she felt she couldn't receive Communion since her husband's previous marriage had ended in divorce and they had not been married in a church. According to The Washington Post, "the last time she tried to take the Eucharist was last year, but the local priest ... denied her communion."

Her husband, Julio Sabetta, tells CNN that his wife "spoke with the pope, and he said she was absolved of all sins and she could go and get the Holy Communion because she was not doing anything wrong."

After that news hit the Web, the Vatican weighed in. NPR's Sylvia Poggioli notes that Vatican spokesman Federico Lombardi said in a brief statement that nothing about church teachings should be inferred from any personal calls made by the pope.

In that statement, Lombardi does not dispute the accounts of what the pope reportedly said. But he does say that the pope might have been misinterpreted, according to the Vatican's English translation of Lombardi's statement:

"That which has been communicated in relation to this matter, outside the scope of personal relationships, and the consequent media amplification, cannot be confirmed as reliable, and is a source of misunderstanding and confusion."

"Therefore," Lombardi continues, "consequences relating to the teaching of the Church are not to be inferred from these occurrences."

Pope Francis is known to pick up the phone. Agence France-Presses notes that:

"The pope has previously been reported making calls from the practical to the intense, including calling his newsagent in Buenos Aires to cancel a subscription and comforting a mother grieving over her murdered daughter.

"The Vatican rarely makes official comment on reports of the calls, which often rely solely on the person in question saying that they have been called by the pope — who has been dubbed 'the cold call pope' by the tabloids."