Accessibility links
Tech Giants Settle Wage-Fixing Lawsuit : The Two-Way The suit alleged Google, Apple Intel and Adobe agreed not to recruit each others employees in order to drive down wages. 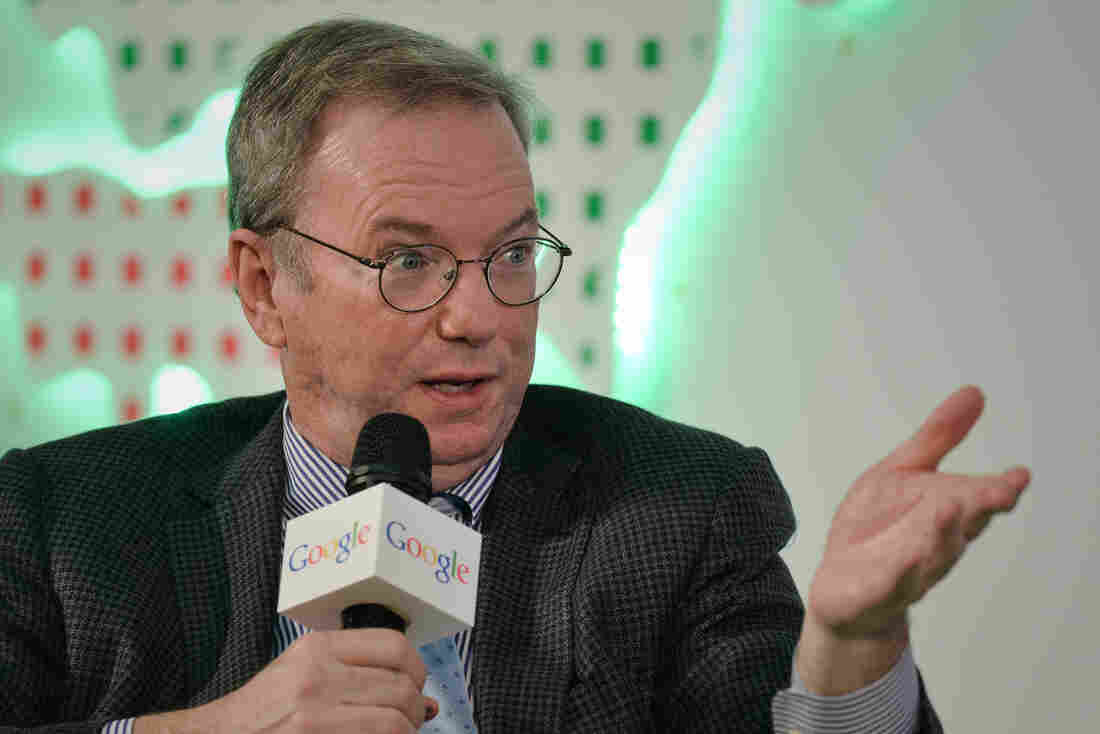 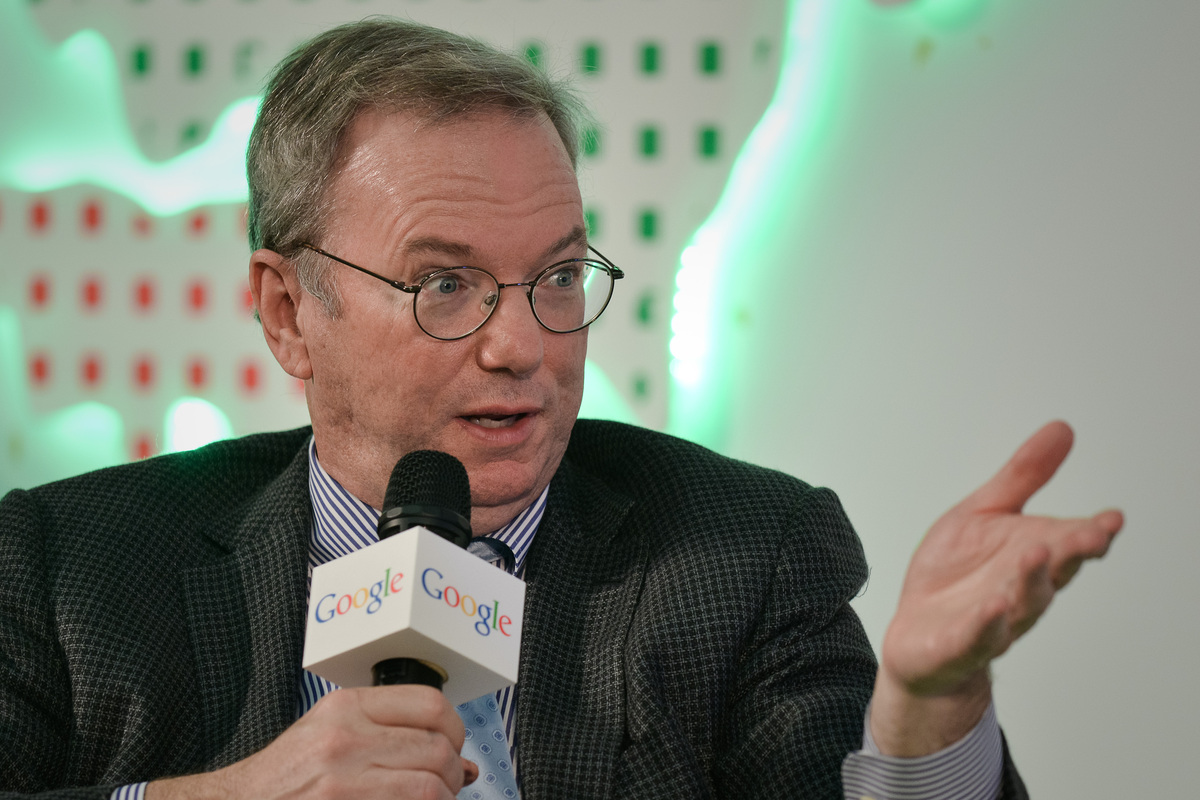 Executive Chairman of Google Eric Schmidt speaks at the Chinese University in Hong Kong in November of 2013.

Google, Apple, Intel, and Adobe have decided to settle a lawsuit brought by 64,000 employees, who accused the companies of conspiring on a scheme that would drive down wages.

The lawsuit claims that the companies agreed not to recruit each others' employees. The Wall Street Journal reports that while the terms of the suit were not revealed, it has learned it involves a $325 million payout.

"During pretrial proceedings in the class-action antitrust case, emails from top executives including the late Mr. Jobs, Google co-founder Sergey Brin and then-CEO Eric Schmidt surfaced, showing the executives conferred on hiring plans, sometimes through intermediaries. An attorney for the plaintiffs said questioning the executives before a jury would have been probable.

"The defendants recently filed motions seeking to exclude evidence—including testimony that made Mr. Jobs appear to be a 'bully.'

"'Steve being agitated was not unusual,' Mr. Brin testified in a deposition, discussing Mr. Jobs's phone calls to Google executives about not "poaching" workers. Spokespeople for the defendants said that avoiding that kind of testimony and having executives appear on the witness stand made a settlement attractive.

In one particularly damning email, Eric Schmidt of Google tells Steve Jobs that a recruiter who contacted an Apple employee had violated the agreement and would be terminated "within the hour."

Jobs responded with a smiley face.