Accessibility links
VIDEO: At White House, Girl Hands Father's Resume To First Lady : The Two-Way "My dad's been out of a job for three years," the 10-year-old told Michelle Obama. The youngster's mother says the family didn't know the girl would do that.

At a White House event on Thursday, 10-year-old Charlotte Bell stepped forward to tell first lady Michelle Obama that her father has been out of work for three years. The girl then gave the first lady her dad's resume. Fast forward to the 17:25 mark to see what happened.

In case you missed it, much is being made of what happened Thursday at the White House when a 10-year-old girl stepped forward at a take-your-children-to-work event with first lady Michelle Obama to say:

"My dad's been out of a job for three years and I wanted to give you his résumé."

The moment comes at the 17:25 mark of the video the White House has posted. You can jump to that point by clicking here.

The Associated Press writes that "the first lady seemed a little taken aback but then explained to the other children, who might not have heard the girl's comment, that the matter was 'a little private, but she's doing something for her dad.' " Obama said "got it" after she took the résumé.

According to the AP, the girl is named Charlotte Bell. Her family, the wire service says, "had joked over the weekend about making a job pitch to the first lady, but her parents didn't know she would give it a try, according to her mother, an executive branch employee who did not want to be identified." 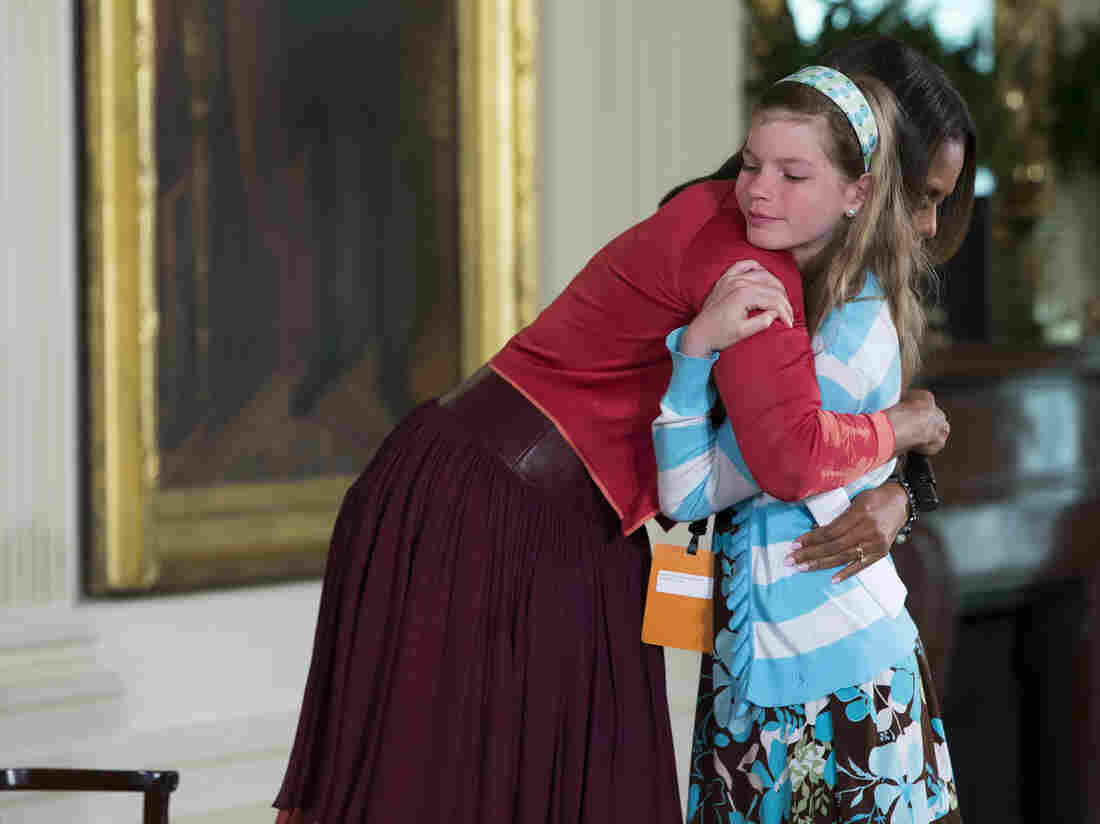 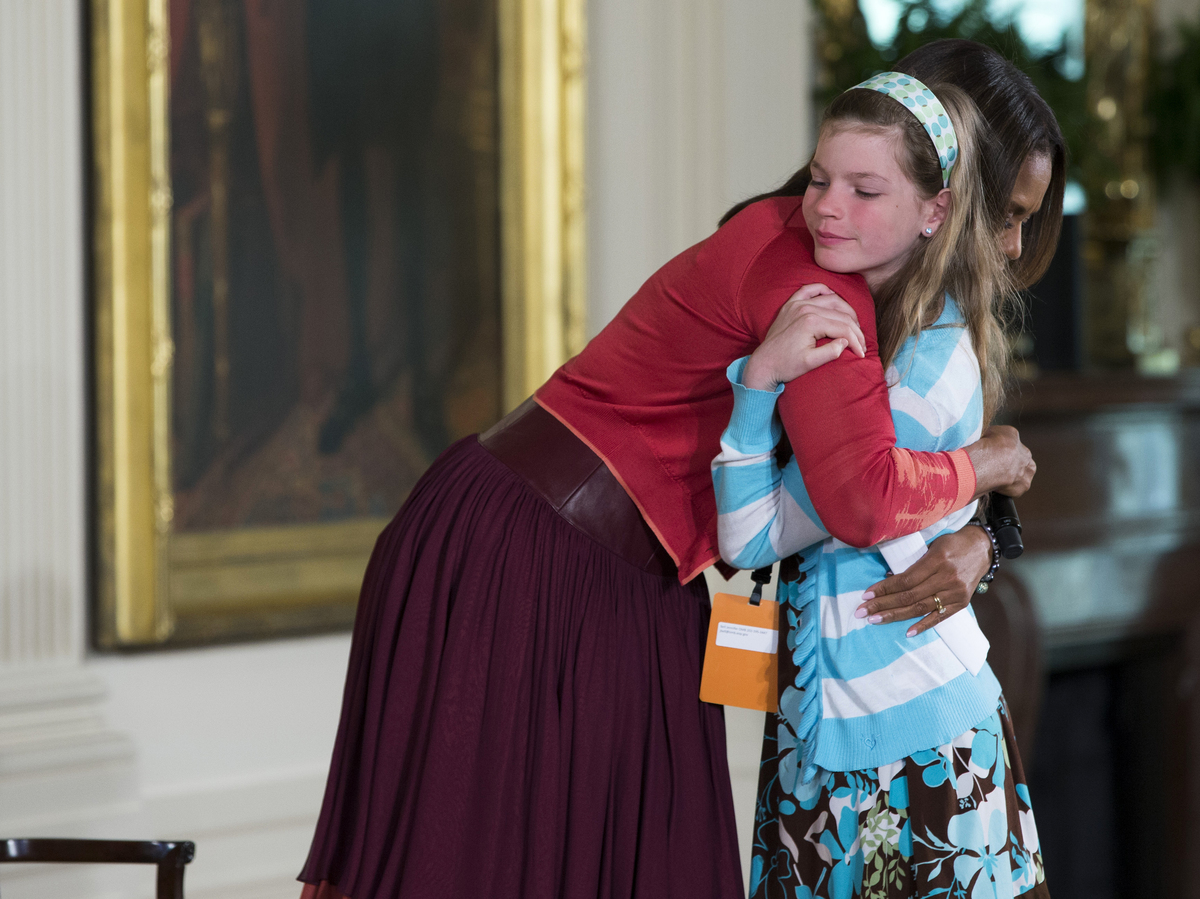