Accessibility links
Recovery Of Bodies From Sunken Ferry Growing More Difficult : The Two-Way Authorities say divers are finding it harder and harder to get into places where passengers' bodies are still trapped. On Friday, 185 deaths had been confirmed. Another 117 people remained missing. 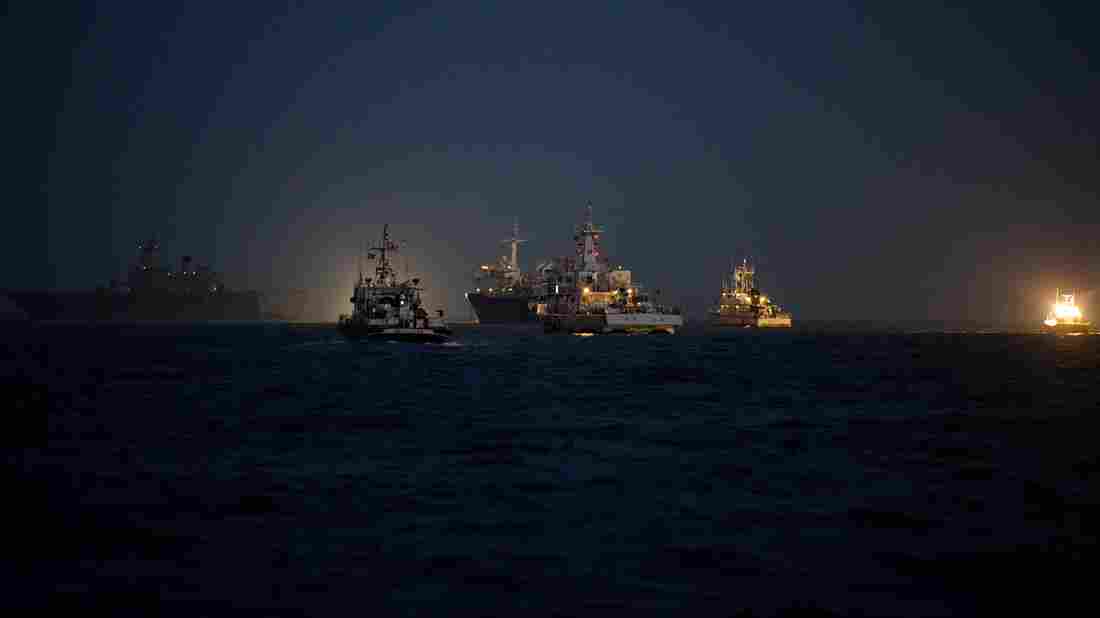 Crews aboard ships involved in the recovery effort at the site where a South Korean ferry sank continued to work as night fell Thursday. Nicolas Asfouri/AFP/Getty Images hide caption 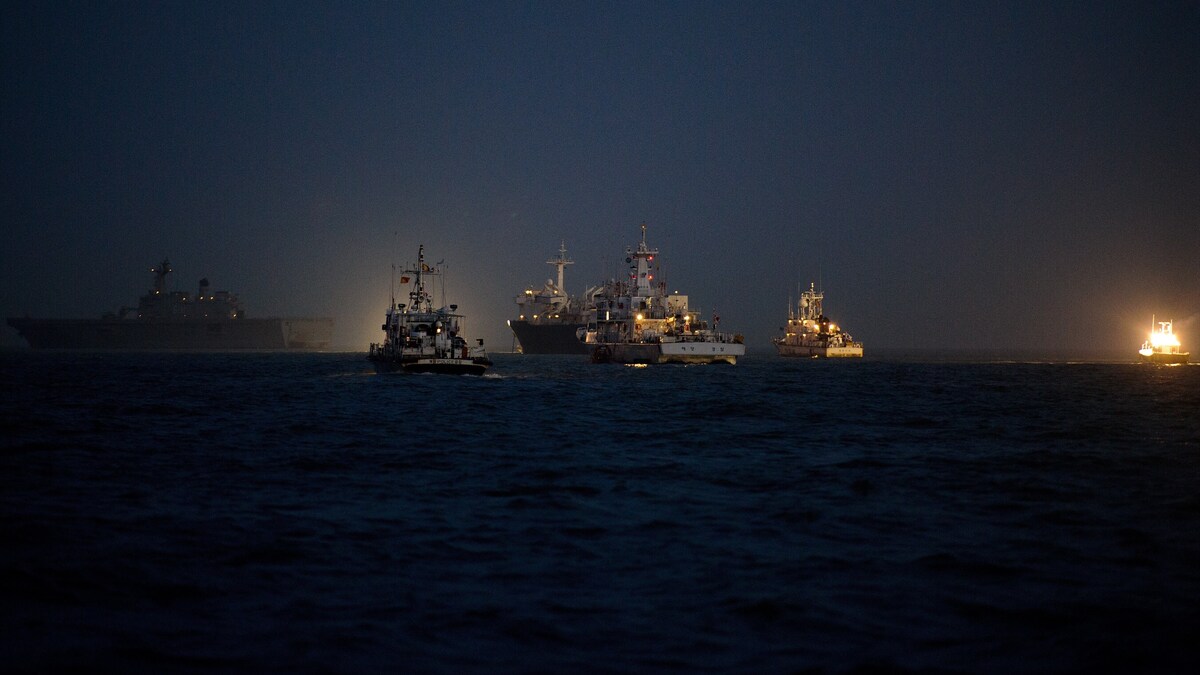 Crews aboard ships involved in the recovery effort at the site where a South Korean ferry sank continued to work as night fell Thursday.

The news Friday from the site of South Korea's ferry disaster includes word that:

-- "At least 185 passengers had been confirmed dead, with 117 others still missing." (Yonhap News)

-- Prosecutors have "officially attributed the sinking ... to an improper stowage of cargo and a loss of stability caused by a change in the vessel's design." (The New York Times)

-- "The operation to retrieve bodies from the sunken South Korean ferry has entered a more challenging phase as divers attempt to search cluttered corridors and inner rooms of the vessel, officials said. ... Navy Capt. Kim Jin-hwang said the operation had become harder as the search area of passenger quarters on the third and fourth decks expanded away from entry points such as windows. Obstacles such as beds are blocking walkways, he said." (The Wall Street Journal)

The ferry, called the Sewol, was nearing the end of what should have been a 14-hour or so trip south from the city of Incheon to the resort island of Jeju on April 16 when it ran into trouble, capsized and sank. Of the 476 people said to be on board, 323 were second-year students (juniors) from a high school in the city of Ansan, near Seoul. Just 75 of the students are said to have been rescued.

The ferry's captain and many of its crew have been arrested. Among the issues authorities are investigating is why the order to evacuate wasn't given for at least 30 minutes. The captain and most of the 29-member crew survived. Seven crew members are known to have died or are missing, though, and a few of them have been hailed as heroes who tried to get passengers off the ferry before it went down.