Accessibility links
Company Hopes To Strike It Rich By Mining Pacific Seafloor : The Two-Way Nautilus Minerals has signed a contract with the government of Papua New Guinea to extract cooper, gold and silver from a depth of 5,000 feet. 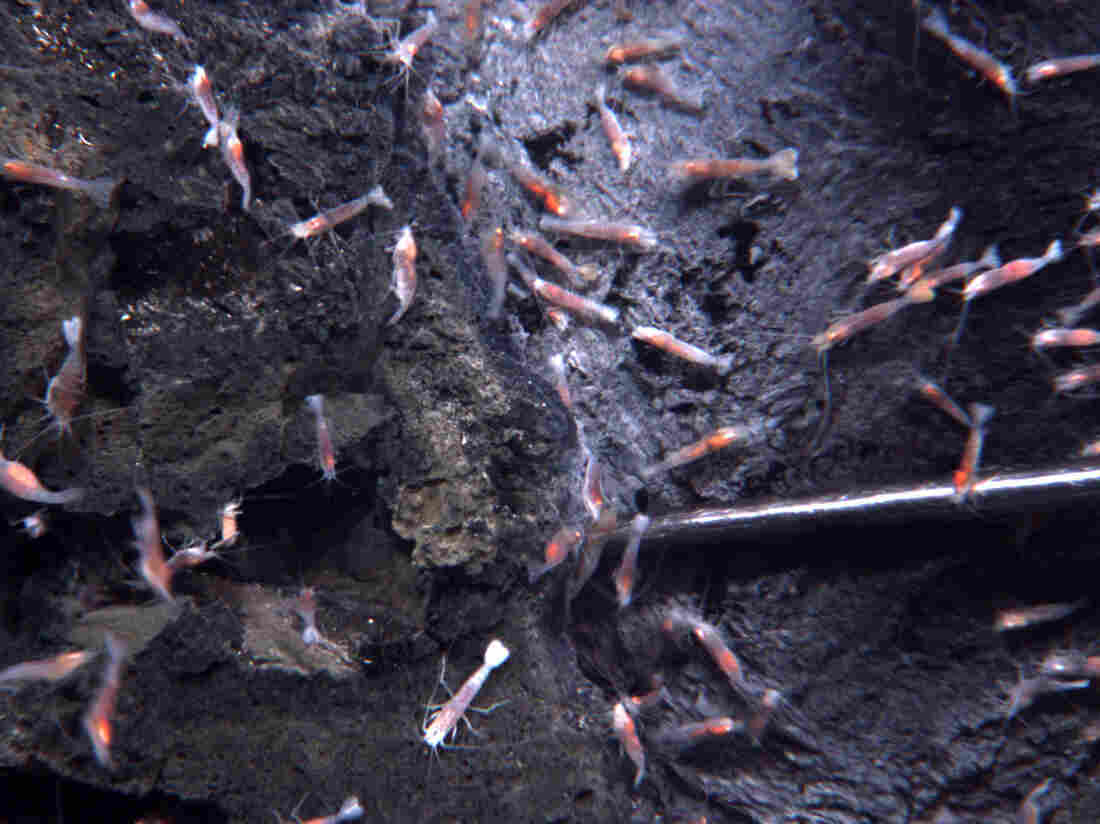 Shrimp surround a volcanic vent nearly 4,000 feet beneath the Pacific Ocean, south of Samoa. Some mining companies are interested in the rich sulfide deposits surrounding vents such as these. NSF/NOAA/AP hide caption 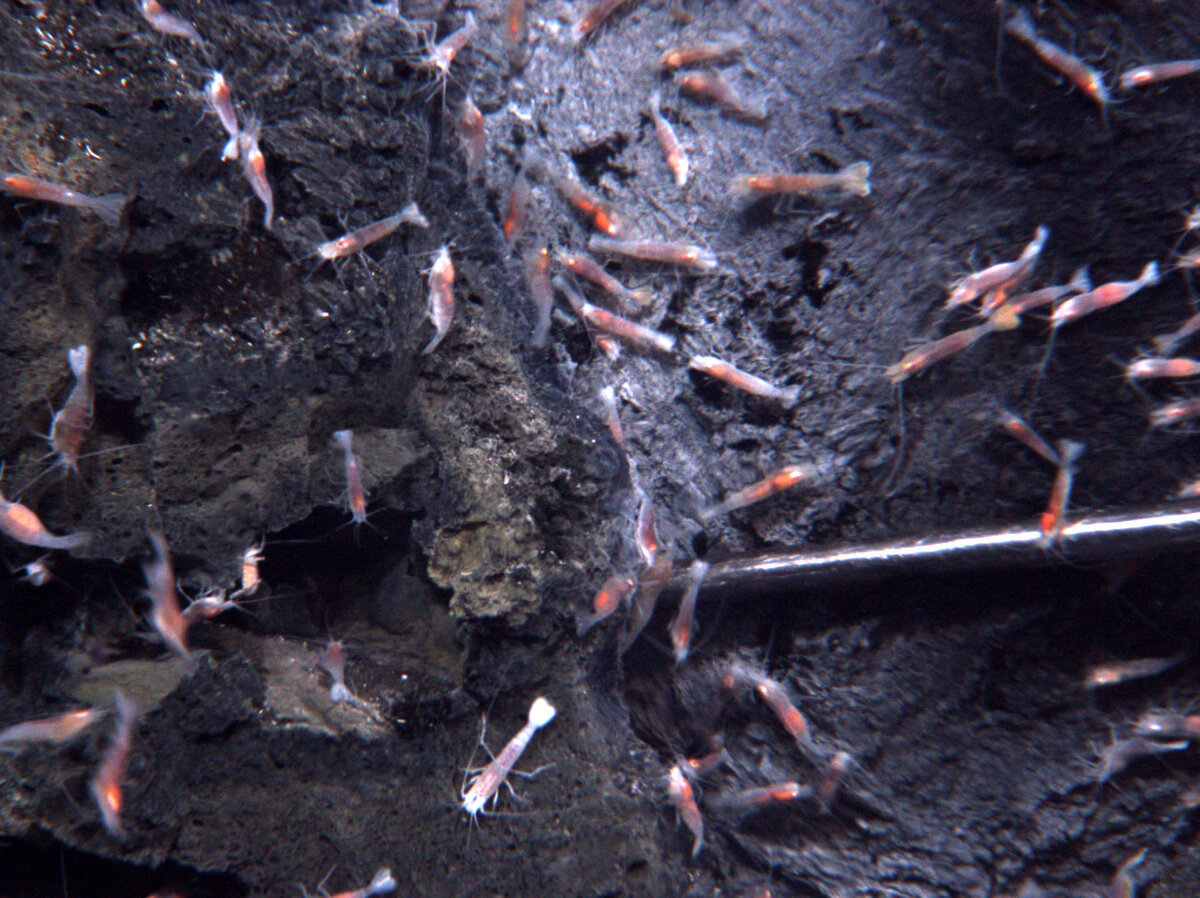 Shrimp surround a volcanic vent nearly 4,000 feet beneath the Pacific Ocean, south of Samoa. Some mining companies are interested in the rich sulfide deposits surrounding vents such as these.

A Canadian company has signed a contract to open the first deep-sea mineral mine off the coast of Papua New Guinea, realizing a decades-long ambition to tap the seafloor's vast resources.

Nautilus Minerals is hoping to extract copper, gold and silver at a depth of about 5,000 feet as part of the mining project, known as Solwara 1.

The BBC says Nautilus has been eyeing seabed minerals in the area since the 1990s, but it became locked in a protracted dispute with the PNG government over the terms.

The agreement just signed, however, gives Papua New Guinea a 15 percent stake in the mine in exchange for the government contributing $120 million toward the costs of the operation, the BBC says.

Interest in seafloor mining has been concentrated on vent fields in the western South Pacific, which contain rich deposits of sulfides, according to Woods Hole Oceanographic Institution.

"Some successful mining has already occurred in relatively shallow waters. In the 1960s, Marine Diamond Corp. recovered nearly 1 million carats from the coast of Namibia. Today, de Beers obtains a significant portion of its total diamond production from the continental shelf of southern Africa, in water shallower than 300 meters (1,000 feet). Mining operations in deeper waters have led to very different results: When investors tried about 40 years ago to retrieve potato-sized manganese nodules scattered on the ocean floor, almost half a billion dollars' worth of prospecting couldn't make their efforts profitable.

"Since then, the mining industry has been hard at work developing specialized dredgers, pumps, crawlers, drills, platforms, cutters and corers, many of them robotic and all designed to work in the harsh conditions of the deep ocean. In addition, increases in the price of many materials such as copper, plus increasing demand from emerging economies is making such ventures more economically feasible. Recent discoveries of rich deposits on the seafloor and advances in technology are generating renewed interest in seafloor mining, including more diamonds, iron sands, cobalt-rich manganese crusts, phosphorite nodules and even those problematic manganese nodules. The rising importance and increasing scarcity of rare earth elements is also making some take a new look at the possibility of refining these materials from seafloor sources."

According to the BBC, mining rights on the ocean floor are controlled by the International Seabed Authority, "which since 2001 has issued 13 licenses — with another six in prospect.

"These licenses, valid for 15 years, have been bought for $500,000 each by government organizations, state-owned corporations and private companies from countries including China, India, Russia, Japan and South Korea."