Accessibility links
United Church Of Christ Challenges North Carolina Ban On Gay Marriage : The Two-Way Using a novel legal approach, the church argues that the state is violating the principle of "free exercise of religion" by denying it the right to marry people of the same sex. 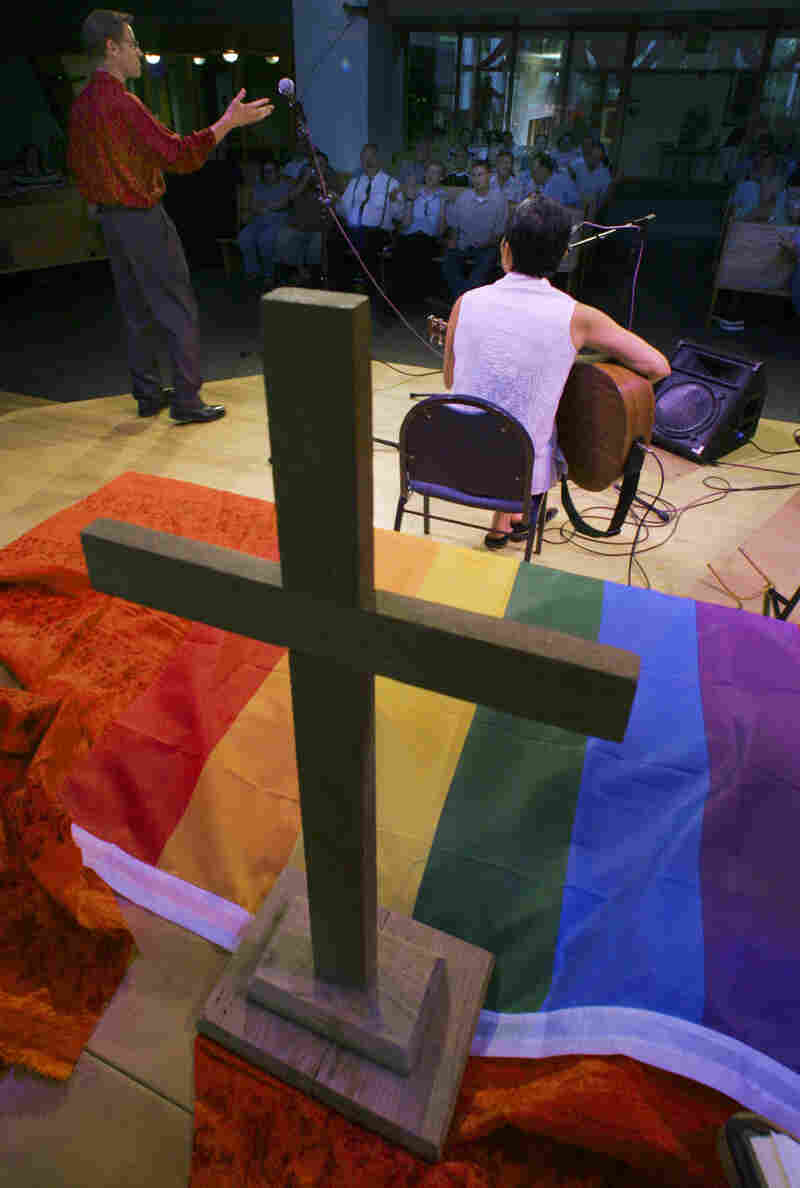 A meeting of an LGBT support group at the United Church of Christ, in Holladay, Utah. Douglas C. Pizac/AP hide caption 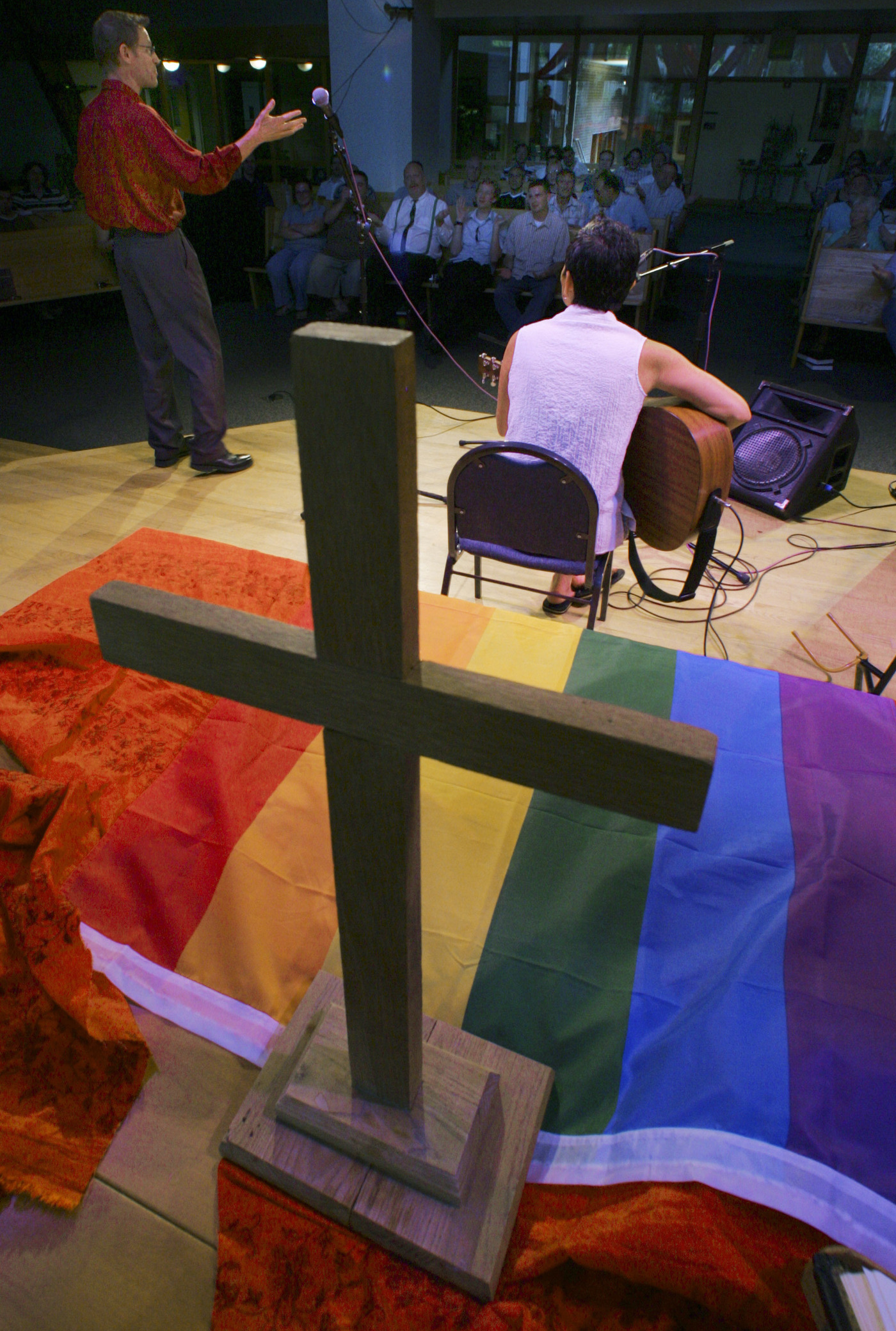 A meeting of an LGBT support group at the United Church of Christ, in Holladay, Utah.

The United Church of Christ is joining the national debate on the future of gay marriage in a novel way: The church filed a lawsuit on Monday challenging North Carolina's ban on same-sex marriage, saying Amendment One violates the church's constitutional guarantee to freedom of religion.

According to the church, this is likely the first challenge by a national Christian denomination of a state's gay marriage ban.

"It is unfortunate that, even today, laws are designed to treat gay and lesbian people unequally," the Rev. Geoffrey A. Black, the church's general minister and president said in a statement. "In its efforts to restrict gay marriage, the State of North Carolina has restricted one of the essential freedoms of our ministers and of all Americans."

As The New York Times reports, this case is one of about 70 working their way through different states. Most of them, however, have been argued based on the 14th Amendment's Equal Protection Clause.

"This is sadly, and predictably, the 'lawsuit of the week' filed by those who want to impose same-sex marriage on North Carolina, in spite of the fact that 61 percent of the voters passed the Marriage Amendment two years ago," Tami Fitzgerald, executive director of the NC Values Coalition, said in a statement.

"It's both ironic and sad that an entire religious denomination and its clergy who purport holding to Christian teachings on marriage would look to the courts to justify their errant beliefs. These individuals are simply revisionists that distort the teaching of Scripture to justify sexual revolution, not marital sanctity."

The United Church of Christ has recognized gay marriage since 2005. It ordained an openly gay man in 1972.

The lawsuit was filed in a federal court in Charlotte.