Accessibility links
Australia Rebuffs Possibility Of Flight 370 Wreckage In Bay Of Bengal : The Two-Way A marine exploration firm says it has found what may be debris from the missing plane in the Bay of Bengal. But the head of search efforts off Australia says his team is "looking in the right place."

Australia Rebuffs Possibility Of Flight 370 Wreckage In Bay Of Bengal

Australia Rebuffs Possibility Of Flight 370 Wreckage In Bay Of Bengal 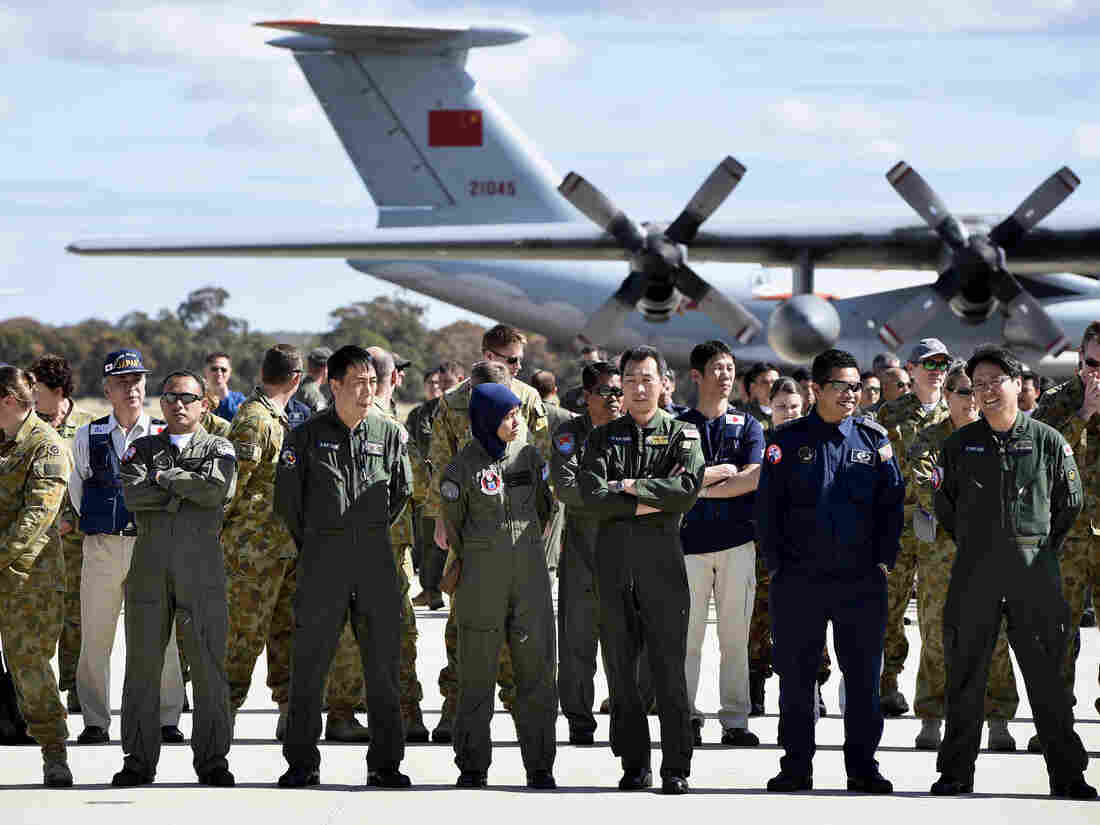 International air crews involved in the search for the missing Malaysia Airlines plane gathered Tuesday on the tarmac at the Royal Australian Air Force Pierce Base in Bullsbrook, near Perth. Reuters/Landov hide caption 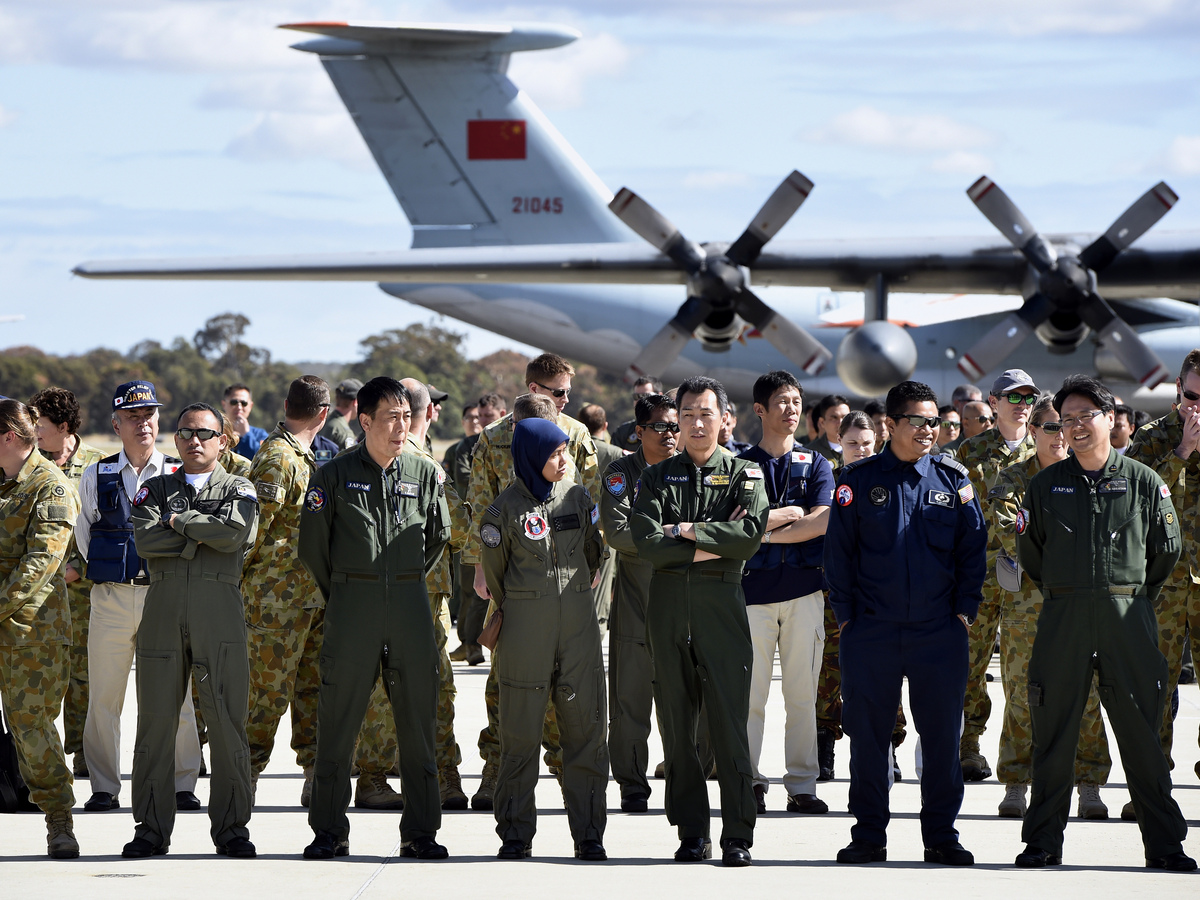 International air crews involved in the search for the missing Malaysia Airlines plane gathered Tuesday on the tarmac at the Royal Australian Air Force Pierce Base in Bullsbrook, near Perth.

Australian officials are dismissing reports by a marine exploration company that wreckage from the missing Malaysia Airlines jet might have been located in the Bay of Bengal, thousands of miles north of the search area where the plane is presumed to have gone down.

GeoResonance, a private firm based in Australia, said earlier this week that in its own search for Flight 370, which disappeared from radar March 8, it had had found what appeared to be plane wreckage near Bangladesh.

"The company is not declaring this is MH370; however it should be investigated," GeoResonance said in a statement.

The company says it gave the information to Malaysia Airlines and Malaysian and Chinese diplomats in Australia on March 31 and to the Australian search team on April 4. "The company and its directors are surprised by the lack of response from the various authorities," GeoResonance said.

But Angus Houston, the head of the search effort in the southern Indian Ocean, off Australia's west coast, said Wednesday that he still believes that's where the plane and its with 239 passengers and crew went down.

"I think that we have been looking in the right place," Houston told Sky News Australia. "I'm confident the aircraft will be found."

On Monday, Australian Prime Minister Tony Abbott said the search for Flight 370 had entered a "new phase" and that after weeks of searching visually for floating debris, it is "highly unlikely" that any would ever be found.

"We are moving from the current phase to a phase which is focused on searching the ocean floor over a much larger area," Abbott said.

Abbott also acknowledged that it's possible that the fate of the Boeing 777 might never be discovered.