Accessibility links
55 Colleges, Universities Under Investigation For Abuse Claims : The Two-Way In an unprecedented move, the Department of Education has released a list that includes some Ivy League schools, state and private institutions. 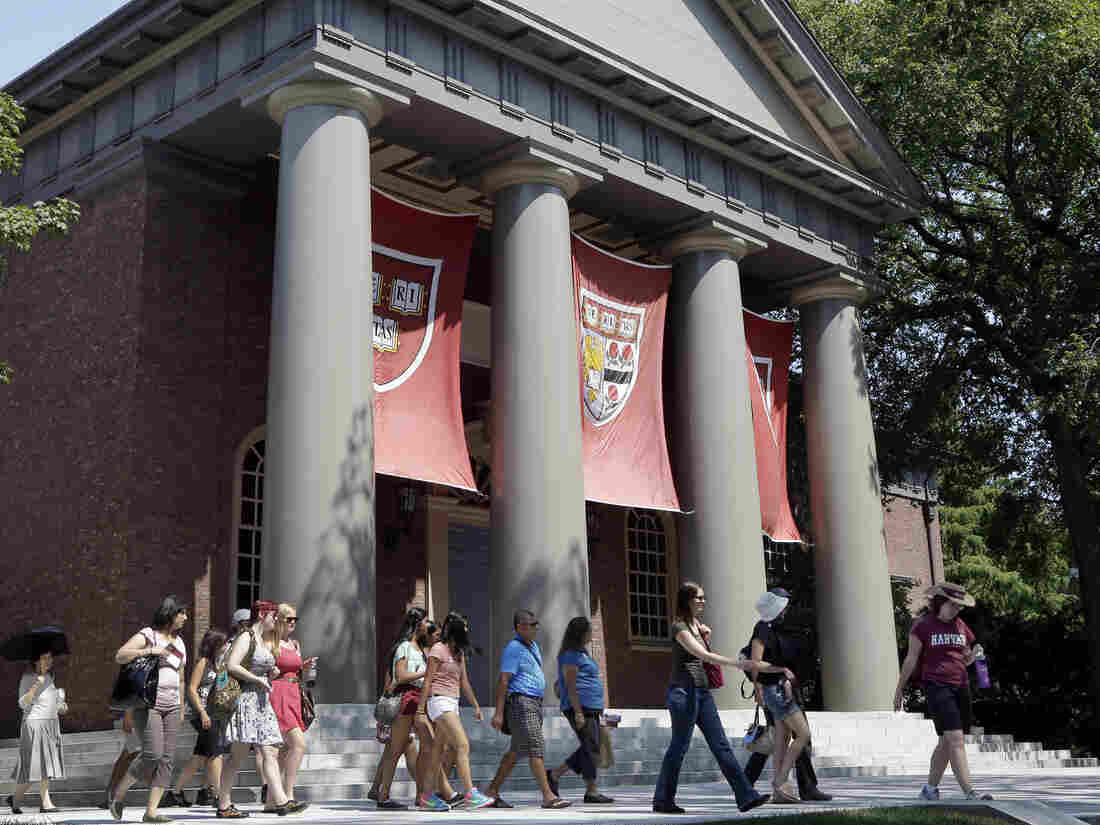 People tour the campus of Harvard University in Cambridge, Mass., in 2012. Harvard was one of 55 institutions on the Education Department's newly released list. Elise Amendola/AP hide caption 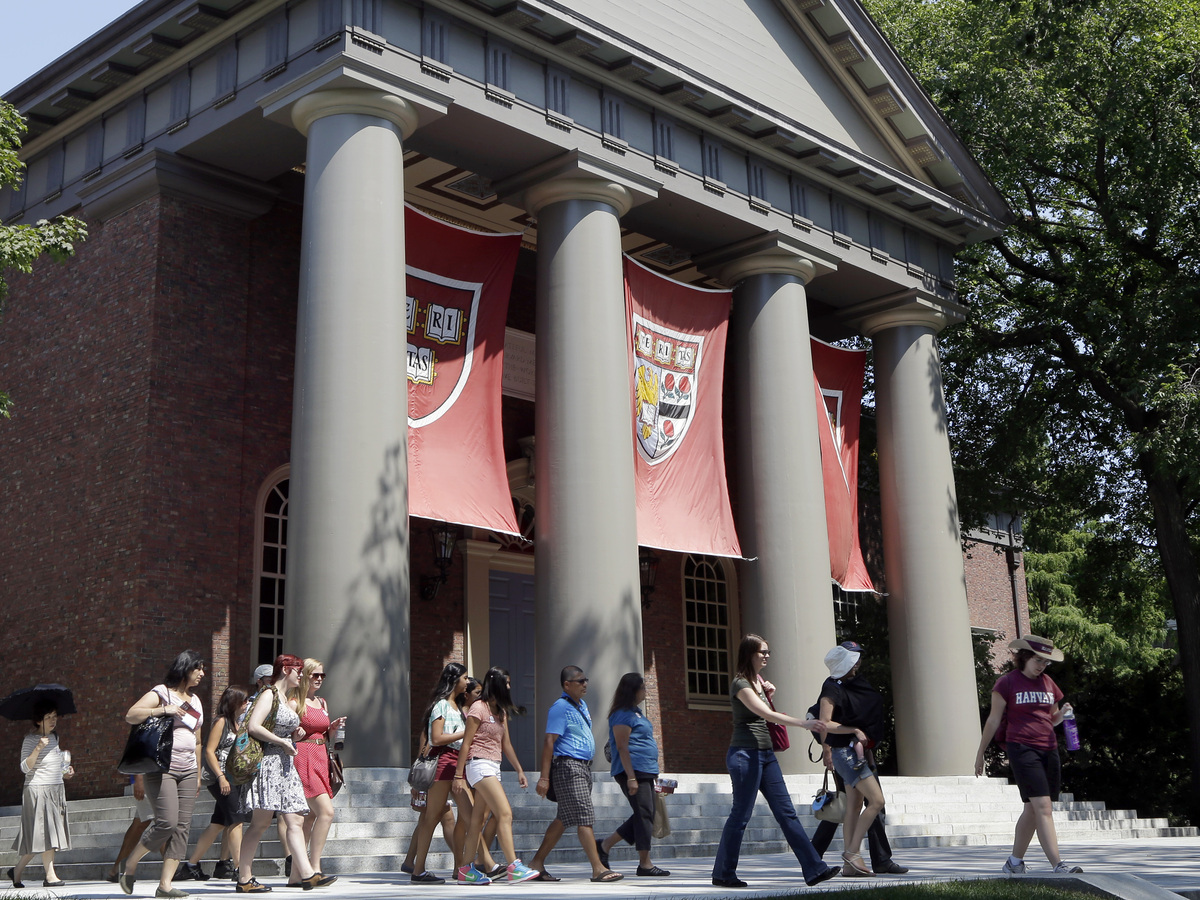 People tour the campus of Harvard University in Cambridge, Mass., in 2012. Harvard was one of 55 institutions on the Education Department's newly released list.

The Department of Education has released a list of 55 colleges and universities facing investigation under Title IX for their handling of sexual abuse claims.

Releasing the list is described as an unprecedented move. NPR's Brian Naylor says the list "starts at Arizona State University and ends at the West Virginia School of Osteopathic Medicine."

Title IX prohibits gender discrimination at schools that receive federal funds. It is the same law that guarantees girls equal access to sports, but it also regulates institutions' handling of sexual violence and increasingly is being used by victims who say their schools failed to protect them, according to The Associated Press.

Harvard and Harvard Law School, as well as Princeton and Dartmouth, are on the list, as are other prominent institutions, such as the Universities of California, Michigan and North Carolina. Among others are Ohio State University and private schools such as Knox College in Illinois, Swarthmore College in Pennsylvania and Catholic University of America in the District of Columbia.

"In all, schools in 27 states and the District of Columbia are on the list. The Department of Education's Office for Civil Rights says a school's inclusion on the list does not mean it's violating the law and hopes that it will spur community dialogue about the issue," Brian reports.

The department says that it will keep the list updated and make it available on request.

"We are making this list available in an effort to bring more transparency to our enforcement work and to foster better public awareness of civil rights," Assistant Secretary for Civil Rights Catherine E. Lhamon said in a statement on the department's website.

"We hope this increased transparency will spur community dialogue about this important issue. I also want to make it clear that a college or university's appearance on this list and being the subject of a Title IX investigation in no way indicates at this stage that the college or university is violating or has violated the law," Lhamon said.

The AP says that in the past, the agency would confirm such investigations when asked, but students and others were often unaware of them.

The release of the list comes two days after the White House announced plans to crack down on sexual assaults on campus.