Accessibility links
Sinn Fein Leader's Arrest Ignites Debate Over Academic Freedom : The Two-Way Gerry Adams was arrested in Northern Ireland in connection with a 1972 killing. Some of the case evidence is from a Boston College oral history project in which participants were promised anonymity. 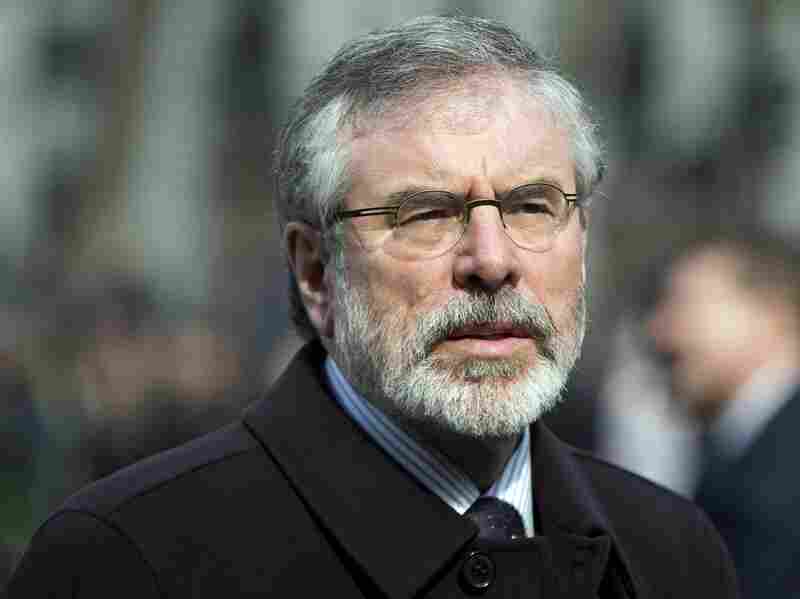 Sinn Fein President Gerry Adams was arrested Wednesday as part of an investigation into one of Northern Ireland's most controversial killings. Neil Hall/Reuters /Landov hide caption 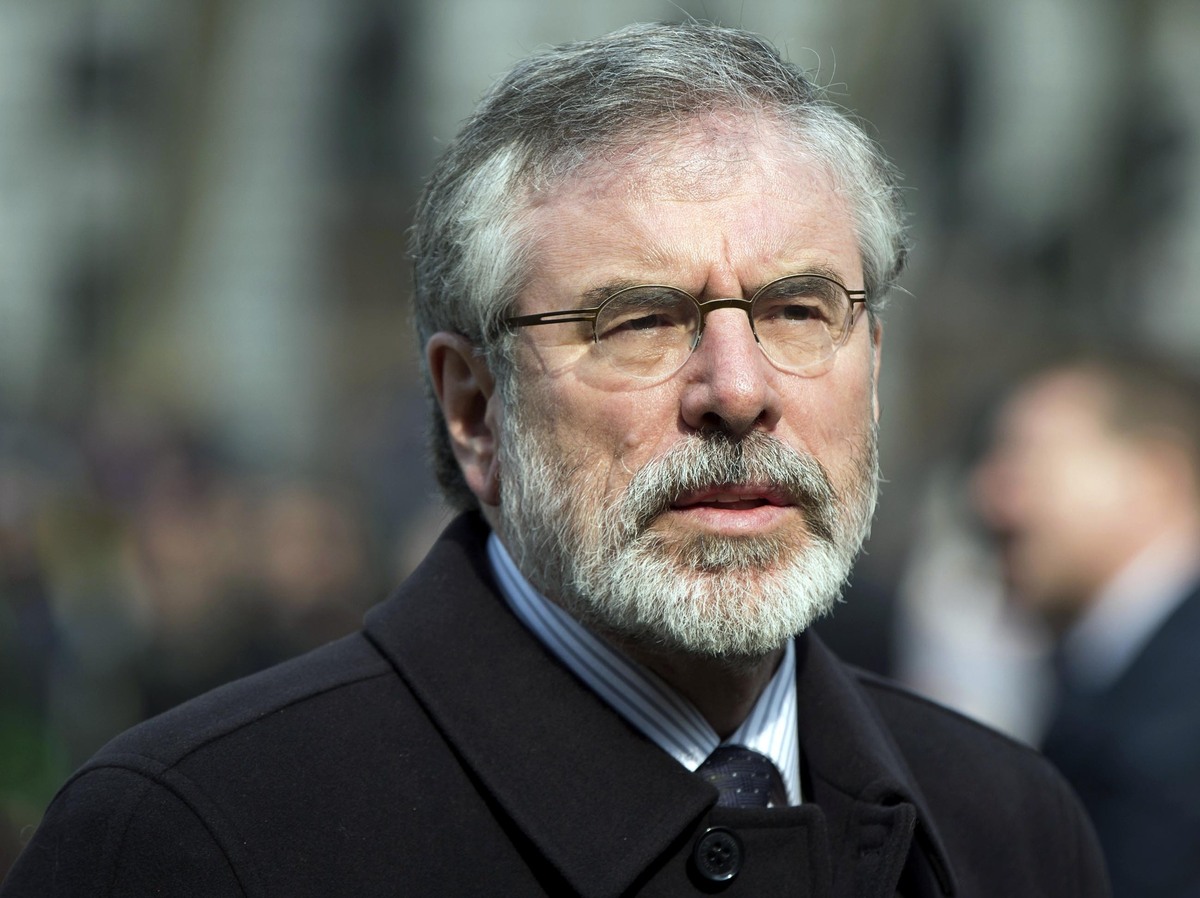 Sinn Fein President Gerry Adams was arrested Wednesday as part of an investigation into one of Northern Ireland's most controversial killings.

The arrest of Sinn Fein leader Gerry Adams this week in Northern Ireland is raising questions about academic freedom across the Atlantic.

"The arrest was prompted in part by a Boston College-sponsored history project on the conflict in Northern Ireland that included taped interviews with individuals who implicated him [in a 1972 abduction and slaying]. Adams has been president of Sinn Fein, a party once considered the political wing of the IRA, for three decades. He played a key role in the 1998 peace agreement that ended the conflict."

At issue is whether academic guarantees of confidentiality carry any weight when they run into the force of a criminal investigation. The short answer seems to be no.

"Under U.S. law, there are no legal protections for universities," Noah Feldman, a professor of constitutional law at Harvard, told The New York Times. "We say there should be, that it would strengthen academic freedom, but a university cannot be protected from lawful subpoena."

The Story So Far

Starting in 2001, researchers set out to create an oral history of the Troubles, as the Northern Ireland conflict is known. Journalist Ed Moloney and former Irish Republican Army volunteer Anthony McIntyre interviewed 26 former IRA members and 20 ex-members of the Ulster Volunteer Force, a paramilitary group that favored union with the U.K. Participants in the project for Boston College were told they would remain anonymous until their deaths.

Fast-forward to 2010. That's when Moloney wrote a book, called Voice from the Grave, recounting one of the oral history interviews with Brendan Hughes, a former IRA member who had recently died. Soon after that, former IRA paramilitary member Dolours Price told Irish media that she was also among those interviewed by the Belfast Project, as the project is known.

Price said she and Adams, the Sinn Fein leader, were involved in the 1972 abduction and killing of Jean McConville, a mother of 10. McConville was wrongly accused of being a British informant. Her killing was considered particularly gruesome, and her body wasn't found until 2003.

Price's admission led the U.S. Justice Department, acting on behalf of the U.K. government, to issue a subpoena to Boston College for the tapes and transcripts of the Belfast Project. After a three-year fight, Boston College turned over the information. Moloney and McIntyre then cut ties with the university.

"It was on the basis of assurances from Boston College that their lawyers had vetted the contracts to be signed by the interviewees that said the final say in disclosure of any of this material was in the hands of the interviewees," Moloney told the Times.

The Associated Press reports that former IRA members who spoke to the Belfast Project claimed that Adams was the IRA's Belfast commander in 1972. Adams denies being a member of the IRA and has denied any role in the McConville killing.

Jack Dunn, a Boston College spokesman, told WBUR: "Clearly, this could have a chilling effect on oral history projects. The reality is any country with which the United States has a mutual legal assistance treaty runs the risk of having any oral history project subpoenaed."

McIntyre, the former IRA member who worked on the project, told WBUR that he won't be cooperating with authorities in Northern Ireland — even if that comes at a legal price.

"If academics and researchers, journalists, historians do not stand up and are willing to pay this price, there will never be any research," he said. "And all we will have in terms of historical overview will be a law enforcement view: scenes of crime perspective. That's absolutely self-serving, limiting, and will enhance public understanding in no meaningful way whatsoever."

But Reuters reports on the academic split over whether the law should require the information to be turned over. Here's more:

"Without more protection, researchers face 'potentially crippling uncertainty for those who gather information from confidential sources, including academic researchers,' stated one amicus brief filed by a group of social scientists.

"Others, however, felt the Boston College project fell outside the bounds of the usual academic practices.

"Mary Marshall Clark, director of Columbia University's Centre for Oral History Research, said professional oral historians should have strict guidelines to follow and aim to make their interviews public rather than keeping them secret for decades, as the Belfast Project planned.

" 'We cannot protect people,' she said. If controversial subjects come up, she said, 'we would tell them in the interview, when they talk about that, they better think about that and call their lawyers.' "

If you'd like to read more, The Chronicle of Higher Education has a detailed account of how the Belfast Project was put together, and the Times also has a good piece on Adams' arrest and the subsequent fallout.