Accessibility links
House Will Consider Select Committee To Investigate Benghazi Attacks : The Two-Way At the same time, Rep. Darrell Issa, the Republican chairman of the House oversight committee, issued a subpoena to force Secretary of State John Kerry to testify about the attacks. 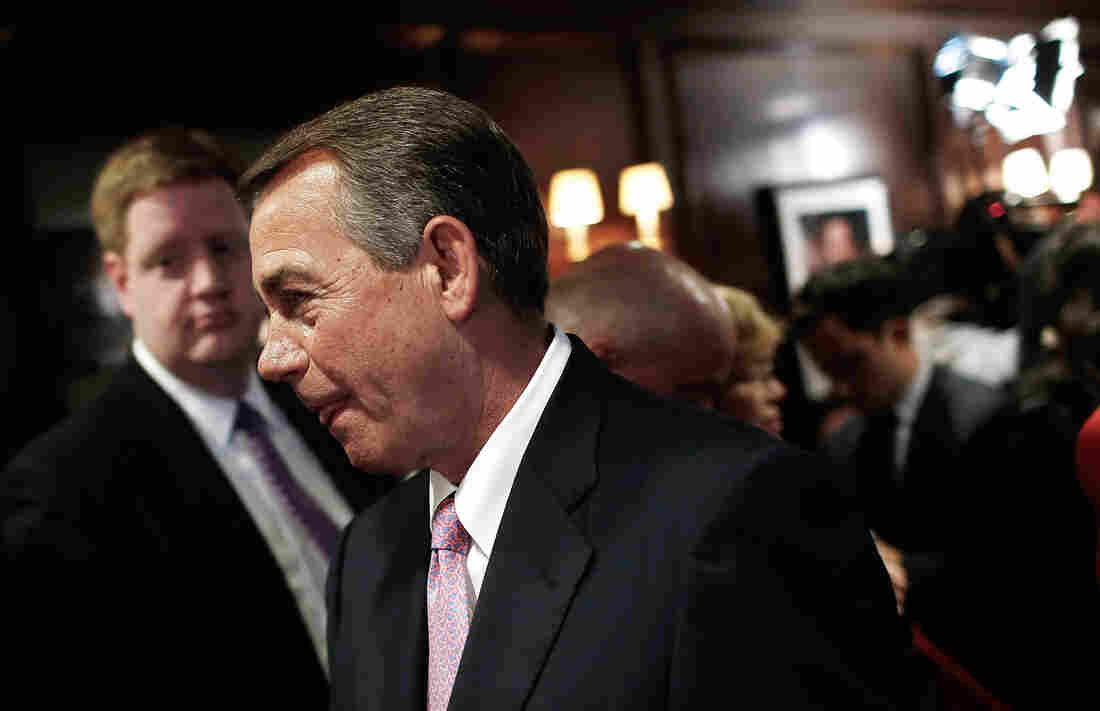 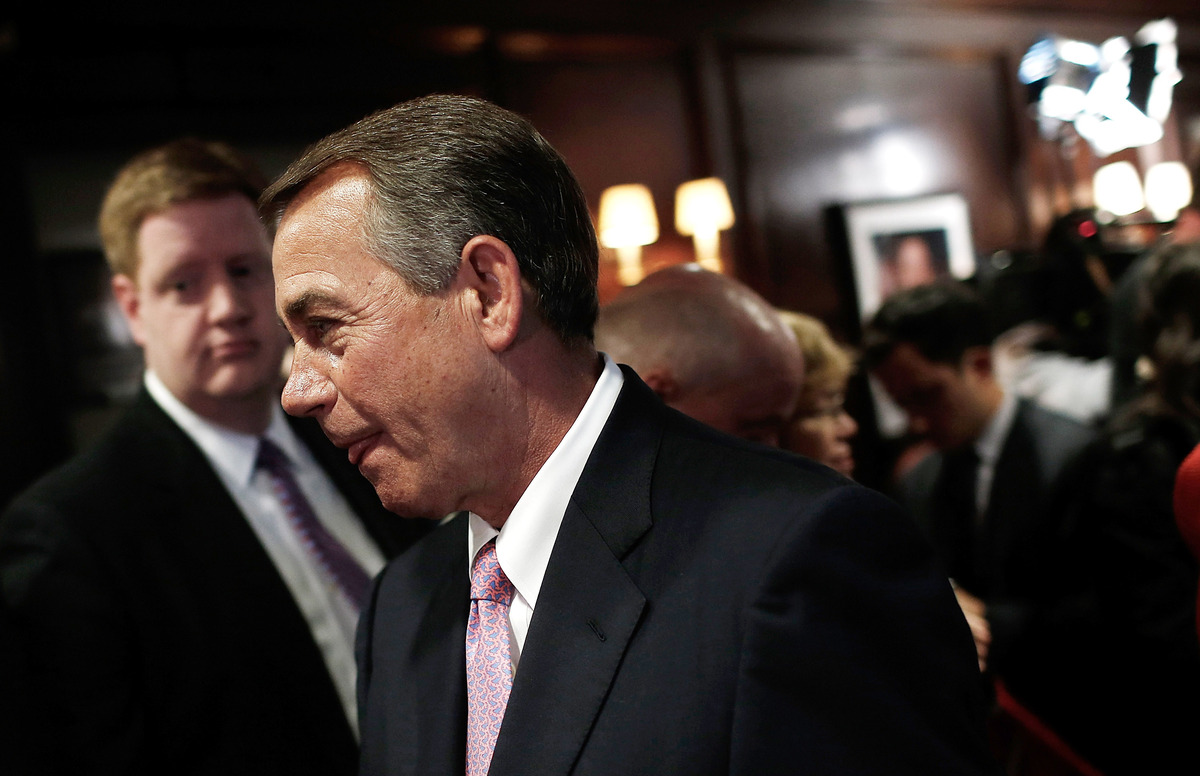 Speaker of the House John Boehner, R-Ohio, leaves a press conference in Washington, D.C., on Monday.

House Republicans on Friday escalated their probe into the attacks on the American Consulate in Benghazi, Libya.

House Speaker John Boehner, a Republican from Ohio, announced that he would ask the GOP-controlled chamber to vote on whether to create a select committee to investigate the attack, which killed four Americans, including Ambassador Chris Stevens.

At the same time, Rep. Darrell Issa, the Republican chairman of the House oversight committee, issued a subpoena to force Secretary of State John Kerry to testify about the attacks.

"Americans learned this week that the Obama Administration is so intent on obstructing the truth about Benghazi that it is even willing to defy subpoenas issued by the standing committees of the People's House," Boehner said in a statement announcing his intent to call a vote. "These revelations compel the House to take every possible action to ensure the American people have the truth about the terrorist attack on our consulate that killed four of our countrymen. In light of these new developments, the House will vote to establish a new select committee to investigate the attack, provide the necessary accountability, and ensure justice is finally served."

Politico concentrates on the politics of these two moves:

"By convening a select committee and demanding that Kerry testify, House Republicans are assuring that scrutiny of the White House over Benghazi — a topic that energizes the GOP base — will remain strong in the months ahead of the midterm elections.

"It will also raise new questions about whether Republicans are trying to cause political headaches for Hillary Clinton, who led the State Department at the time of the attacks and is now the overwhelming early choice for Democratic voters to be their presidential nominee in 2016."

As far as substance, Republicans have long claimed that the Obama administration misled the American public about the Sept. 11, 2012, attack to protect the president during an intense campaign.

Republicans say the Obama administration blamed the attack on an American-made anti-Islam video, when it knew it was extremists with links to al-Qaida who perpetrated the attacks.

It was just a few days ago that Judicial Watch released an email from Ben Rhodes, then Obama's deputy national security adviser, that said a TV appearance by Susan Rice should "underscore that these protests are rooted in an Internet video, and not a broader policy failure."

As the AP reported, Republicans called the email a "smoking gun."

The White House disputed the context in which these emails were sent.

"It was explicitly not about Benghazi," White House press secretary Jay Carney said. "It was about the overall situation in the region, the Muslim world, where you saw protests outside of embassy facilities across the region, including in Cairo, Sana'a, Khartoum and Tunis."

It's also worth noting that after a months-long investigation, The New York Times concluded that there was no al-Qaida involvement in the Benghazi attacks.

"Well, as I just said, the Secretary's in Africa. We just received the subpoena. I'd note a few points. The first, that it's highly unusual for a subpoena to be issued before there's even an official invitation for testimony. I think everyone can make their own judgments about that. I'm not sure the Secretary's even aware of the request, again, given his travel. He's scheduled to be in Mexico on the 21st, which is the date that HOGR has asked him to testify, which HOGR would have known if they reached out to us instead of issuing a subpoena – I think by tweet, possibly. I guess that's how they're doing it now. And we are surprised that in the first instance, they resorted to a subpoena given we've been cooperating all along with the committee and did not reach out before they did so."