Accessibility links
Blaze In Odessa Kills 31, Marking Escalation In Ukraine Crisis : The Two-Way According to local reports, a building was set on fire after pro-Moscow demonstrators retreated into it. Friday became the deadliest day since the ousting of Ukrainian President Viktor Yanukovich. 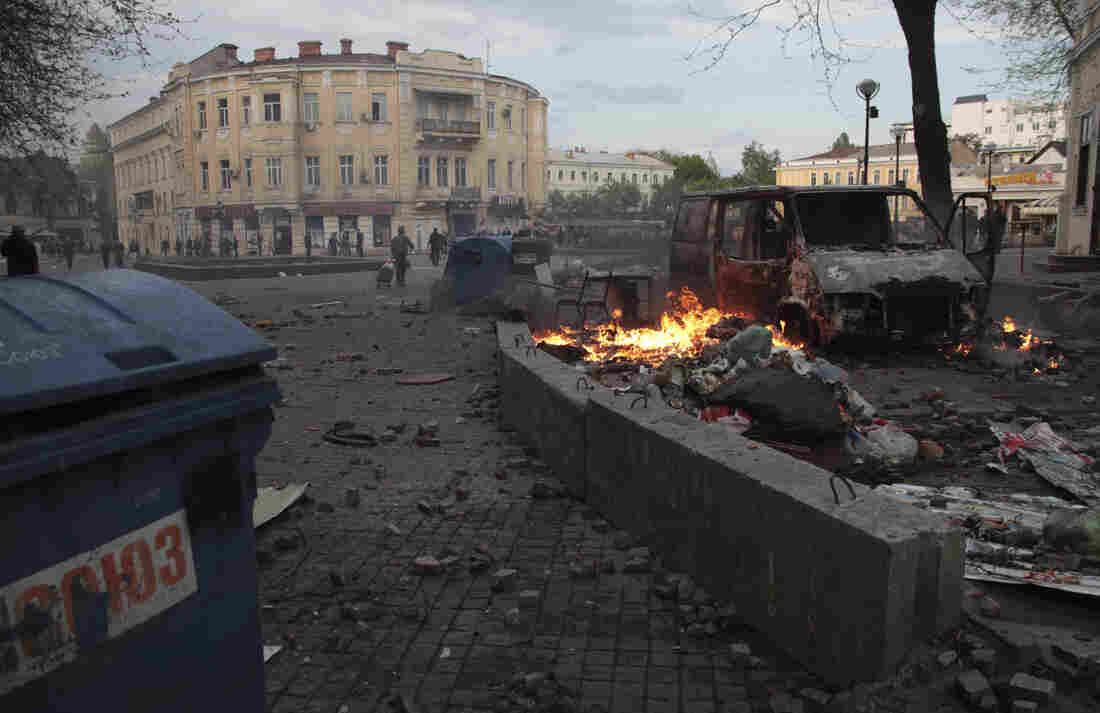 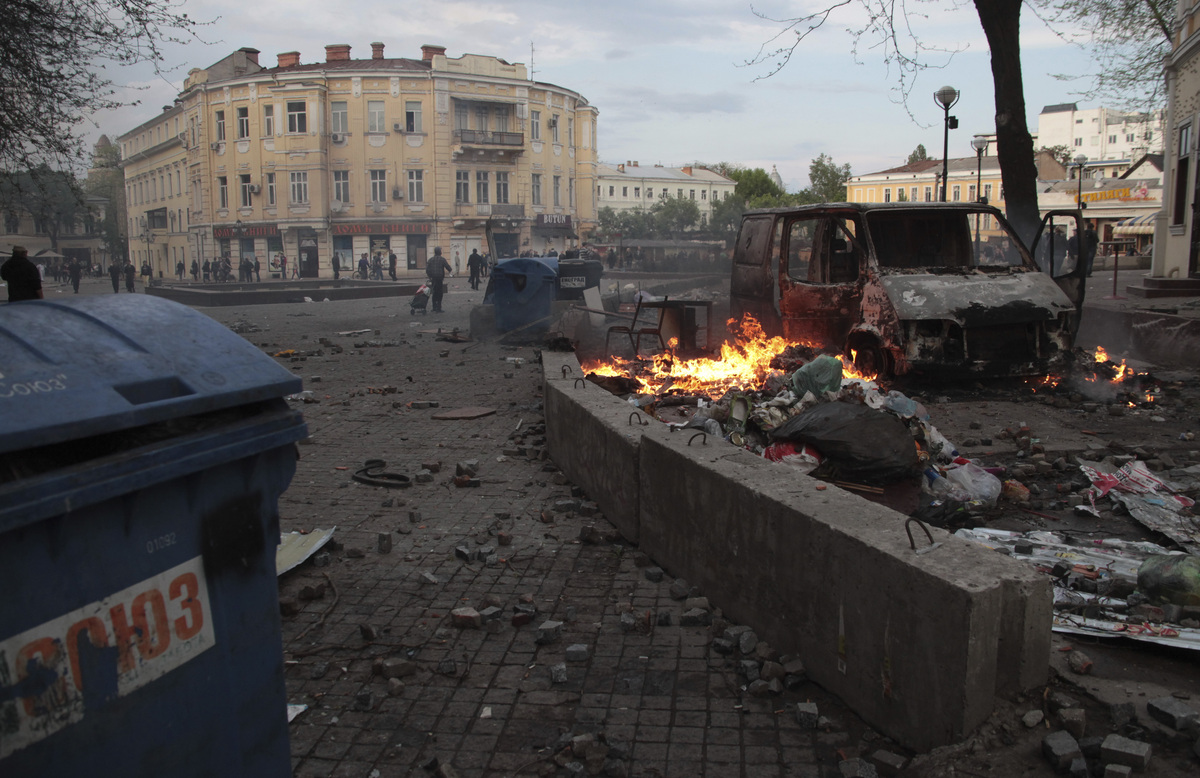 Trashed items smolder amid debris at a square following clashes in Odessa, Ukraine, on Friday.

The situation in Ukraine escalated further on Friday: First, as we reported, Ukraine launched a military operation against separatists in the east, and then a fire in a building in the Black Sea port of Odessa killed 31 people.

As the Kyiv Post reports, the building was set on fire after pro-Moscow demonstrators took cover in a trade union building.

"The Interior Ministry reports that at least 31 people died in the fire, a majority of whom suffocated. Some died in a desperate attempt to escape after leaping from the building's meters-high windows. The Odessa city website, meanwhile, reports that 41 were killed and another 123 injured, according to its preliminary findings.

"The blaze began after pro-Russian separatists clashed with activists partaking in a rally filled with supporters for a united Ukraine. The rival groups hurled cobblestones, smoke grenades and Molotov cocktails at each other.

"A mob shouted 'Glory to Ukraine' and 'Death to enemies' as the building burned with people inside."

This marks the deadliest day in Ukraine since 70 people were killed in Independence Square on Feb. 20. Those people were demonstrating against former Ukrainian President Viktor Yanukovich, who supported closer ties with Russia.

Eventually, Yanukovich was ousted and Russia annexed Crimea. Since then, separatists have been taking over buildings in areas of Ukraine with close ties to Russia.

The New York Times hints that the big issue here is that Moscow has repeated that "it reserved the right to intervene to protect its interests and Russian-leaning residents of eastern Ukraine."

The Ukrainian government blamed Russia for stoking the violence.

So far, the Times reports, "there were no signs of an imminent move across the border" by Russia.