Accessibility links
Vatican Tells U.N. Committee That Abuse Claims Have Dropped : The Two-Way Archbishop Silvano Tomasi said there had been a "stabilization and even decline of cases of pedophilia." 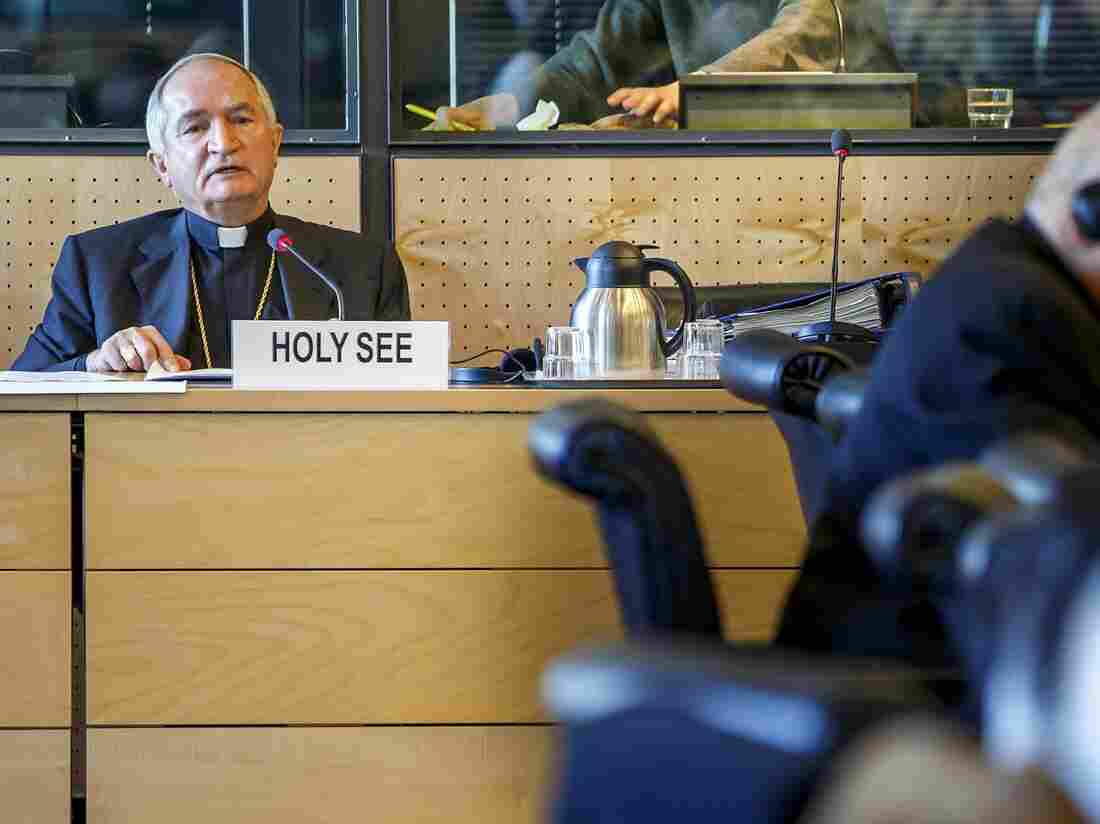 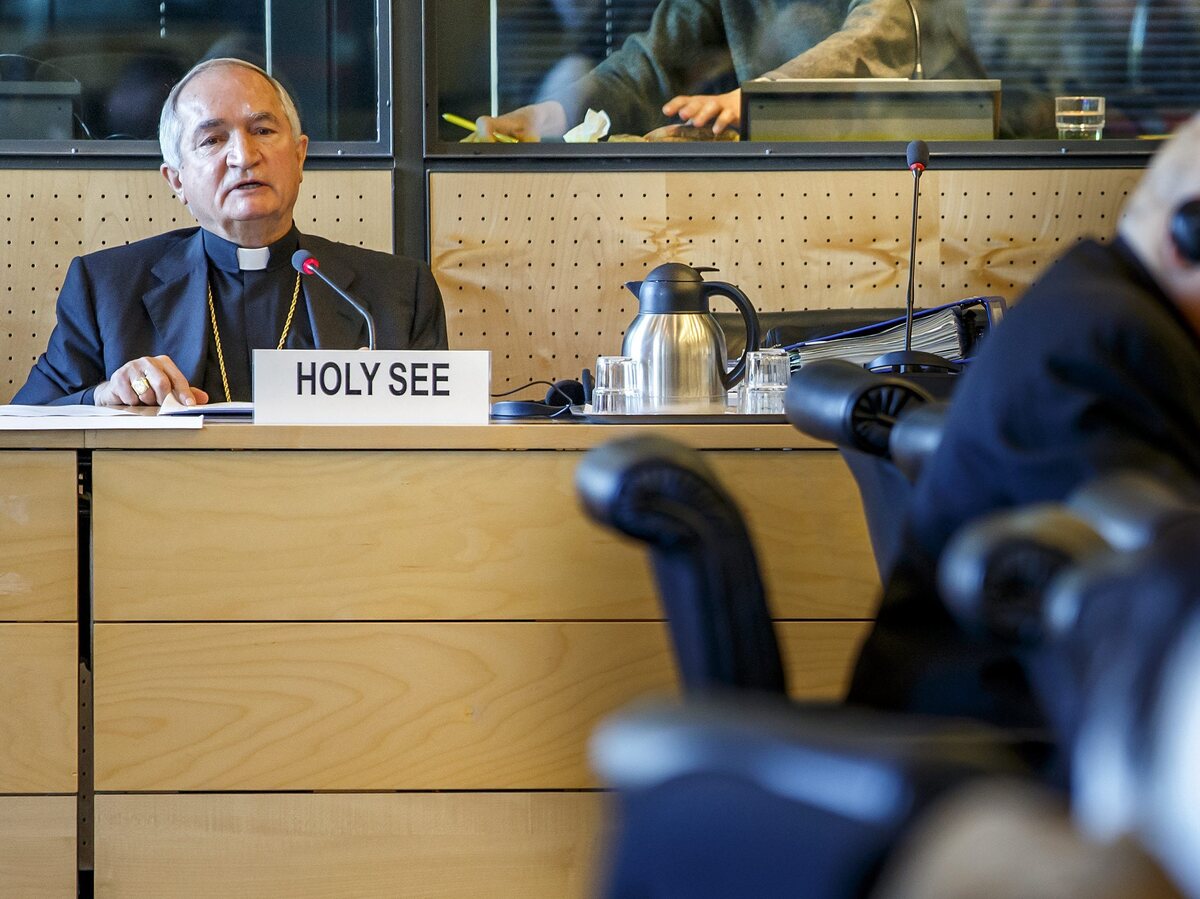 Archbishop Silvano M. Tomasi appears before the U.N. committee in Geneva on Monday.

A United Nations committee on Monday grilled a Vatican representative about priest sex abuse and compared the impact of the scandal to torture.

But Archbishop Silvano Tomasi, the Holy See's top envoy in Geneva, said the Vatican leadership had improved its handling of abuse in the decade since the scandal exploded.

"There has been, in several documentable areas, stabilization and even a decline of cases in pedophilia," he told a committee of experts in charge of the U.N. Convention against Torture and Other Cruel, Inhuman or Degrading Treatment or Punishment, which the Vatican ratified in 2002.

Tomasi also reiterated that the Holy See's jurisdiction in applying treaties extends only to the Vatican City state, which is the world's smallest country, The Wall Street Journal reports, with fewer than 900 inhabitants in the heart of Rome.

"The Holy See intends to focus exclusively on the Vatican City state," the archbishop said. "It should be stressed, particularly in light of much confusion, that the Holy See has no jurisdiction ... over every member of the Catholic Church."

In response, committee member Felice Gaer asked: "I wonder if you could tell us how you ensure that the criminal prohibition against torture in Vatican City covers all individuals for whom the Holy See has jurisdiction."

Gaer said it was the Holy See's responsibility to "show us that, as a party to the convention, you have a system in place to prohibit torture and cruel, inhuman and degrading punishment when it is acquiesced to by anyone under the effective control of the officials of the Holy See and the institutions that operate in the Vatican City state."

As the Journal writes, Tomasi's argument was the same one he used in January at the U.N. panel hearing on the Holy See's implementation of the Convention on the Rights of the Child. "The following month, though, that committee issued a report that sharply criticized the Vatican's handling of sex-abuse cases and in effect rebutted its argument, calling on the Holy See to investigate all cases of abuse and refer any priests involved to civil authorities," the newspaper said.

However, as The Guardian reports:

"One member after another of the committee against torture brushed aside the Holy See's argument that its obligation to enforce the UN convention against torture stopped at the boundaries of the world's smallest country, the Vatican City state. They demanded the pope's representative give answers to a long list of questions about the treatment of sex abuse claims against clergy throughout the world."

Last April, Pope Francis recommended that the church "act decisively with regard to sexual abuse" by promoting the protection of minors, offering assistance to the victims and holding the guilty accountable.