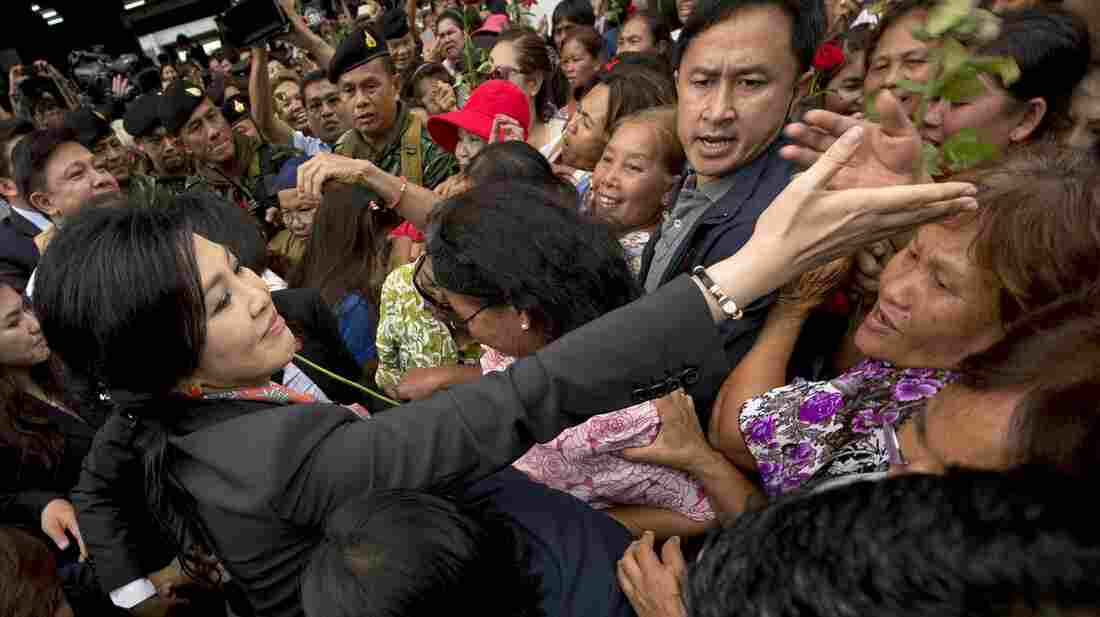 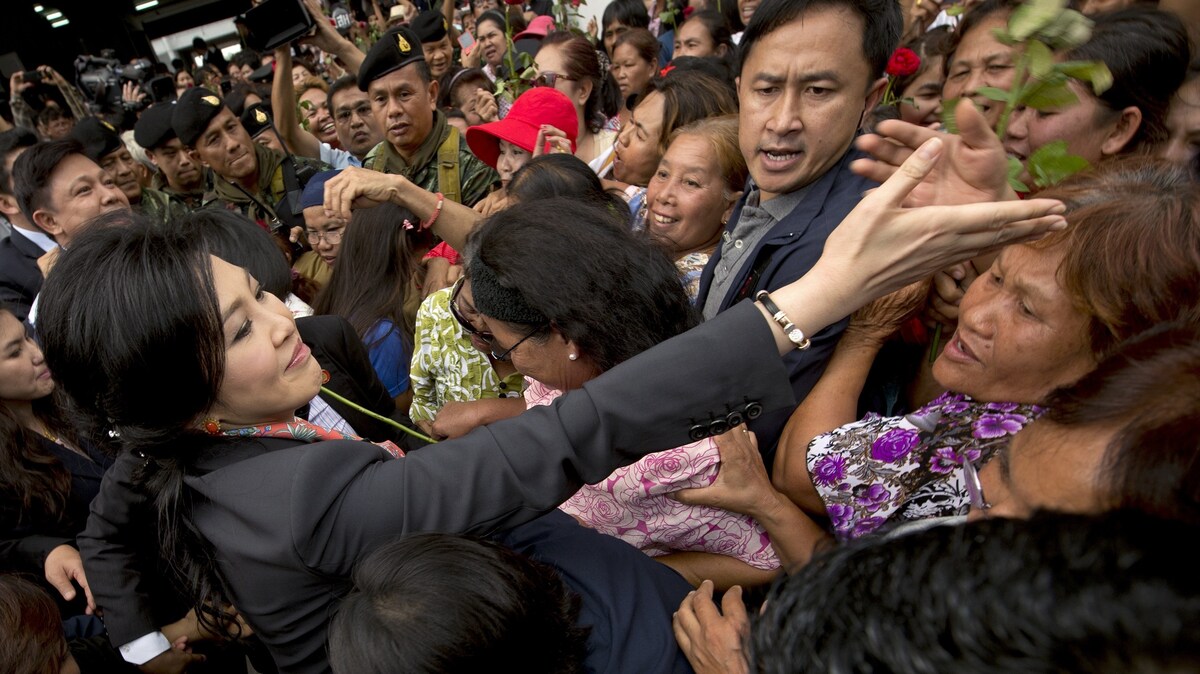 Saying Prime Minister Yingluck Shinawatra had violated Thailand's constitution, the country's Constitutional Court ordered the caretaker leader to step down from office, along with nine ministers. She had held the post since the summer of 2011.

The court's ruling Wednesday stems from accusations that Yingluck abused her powers in 2011 by transferring the national security chief, who had been appointed by the opposition. The court's nine judges went on national television to broadcast their decision.

"Cabinet in tatters," is the headline on The Bangkok Post today. The newspaper says the remaining cabinet ministers – those who hadn't participated in a meeting about the security chief – met after the ruling was handed down and named Niwatthamrong Boonsongpaisarn as "acting caretaker prime minister."

From Chiang Rai, Thailand, Michael Sullivan filed this report for our Newscast unit:

"The court's unanimous decision hardly came as a surprise; rumors of a constitutional coup have been swirling for months now, ever since the opposition began its campaign to unseat the democratically elected Yingluck late last year.

"The Constitutional Court is widely viewed as being friendly to the opposition and decidedly unfriendly toward Yingluck and her party, which the court has ruled against repeatedly in the past. Today's case involved the prime minister's decision to replace the head of the National Security Council, a move the court said was an 'abuse of power.'

"What happens next is unclear. Yingluck supporters, the so-called Red Shirts, have vowed to forcibly resist any attempt to remove her and have threatened to march on the capital in protest. It's also unclear whether a general election scheduled for July will still go ahead."

Yingluck, who is the sister of deposed Prime Minister Thaksin Sinawatra, was elected in August 2011. As Thailand's political crisis deepened last fall, she dissolved the country's Parliament and called for new elections. She had been serving as a caretaker leader since that decision.