Accessibility links
Report Details Hundreds Of Complaints Against U.S. Border Agents : The Two-Way The complaints include accusations that agents kicked a pregnant woman, stomped on a man and physically forced a minor to sign a document. A fraction of them resulted in disciplinary action. 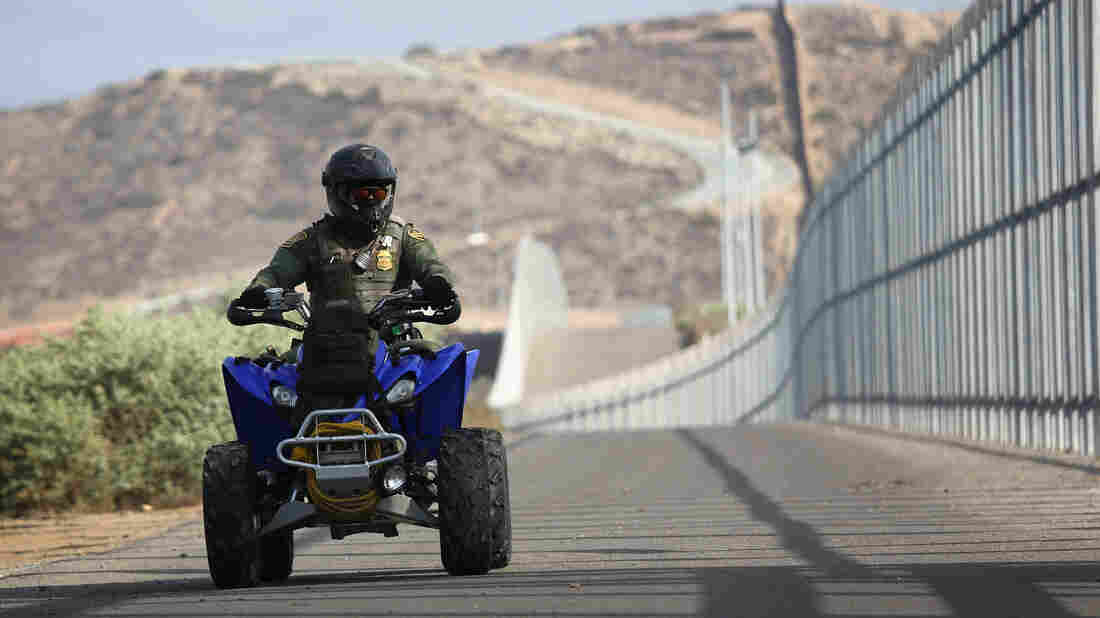 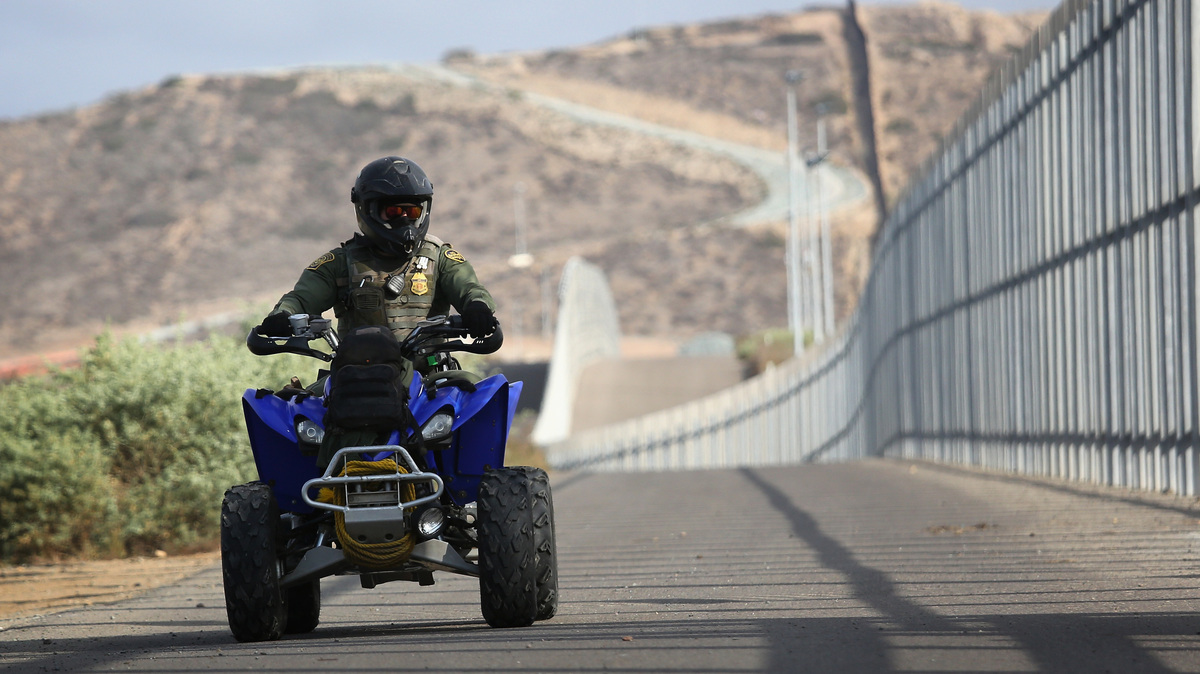 A new report lists more than 800 complaints made against U.S. Border Patrol agents; most include physical abuse. Here, an agent patrols the U.S.-Mexico border fence at in San Diego, Calif., last year.

Physical abuse and excessive force top the list of hundreds of complaints filed against U.S. Border Patrol agents, according to a new report. The accusations include charges that agents kicked a pregnant woman, stomped on a man and physically forced a minor to sign a document.

Those accusations are in a report on government data about the complaints that was obtained by the advocacy group the American Immigration Council via a Freedom of Information Act request.

"Although it is not possible to determine which cases had merit and which did not, it is astonishing that, among those cases in which a formal decision was issued, 97 percent resulted in 'No Action Taken," the group reports.

From Tucson, NPR's Ted Robbins reports for our Newscast desk:

"The data cover 809 complaints over three years. Of those 809, only 13 resulted in disciplinary action against agents. Many cases were still under investigation more than a year after the complaint was made.

"Most of the complaints were in the busy Tucson, Rio Grande, and San Diego border patrol sectors. There is no unified system for people to file complaints, so the numbers don't represent all of the complaints made against Border Patrol agents."

Physical abuse and "excessive use of force" accounted for most of the complaints, representing a respective 40 percent and 38 percent of the filings.

The report's authors say the complaints give new detail to "a longstanding pattern of abuse and inaction" by border agents, along with a "lack of accountability and transparency" in U.S. Customs and Border Protection.

The complaints in the report were made between January 2009 and January 2012. The average time it took for the U.S. Customs and Border Protection agency to make a decision on a complaint was 122 days, the report's authors say.

The American Immigration Council report was written by Daniel E. Martínez, an assistant professor of sociology at George Washington University, along with Guillermo Cantor and Walter A. Ewing of the advocacy group's research unit.