Accessibility links
Putin Tells Separatists In Ukraine To Postpone May 11 Referendum : The Two-Way He also said Russia has withdrawn its troops from its border with Ukraine. The Pentagon noted, however, that it had seen no change in Russia's posture along the border.

Putin Tells Separatists In Ukraine To Postpone May 11 Referendum

Putin Tells Separatists In Ukraine To Postpone May 11 Referendum 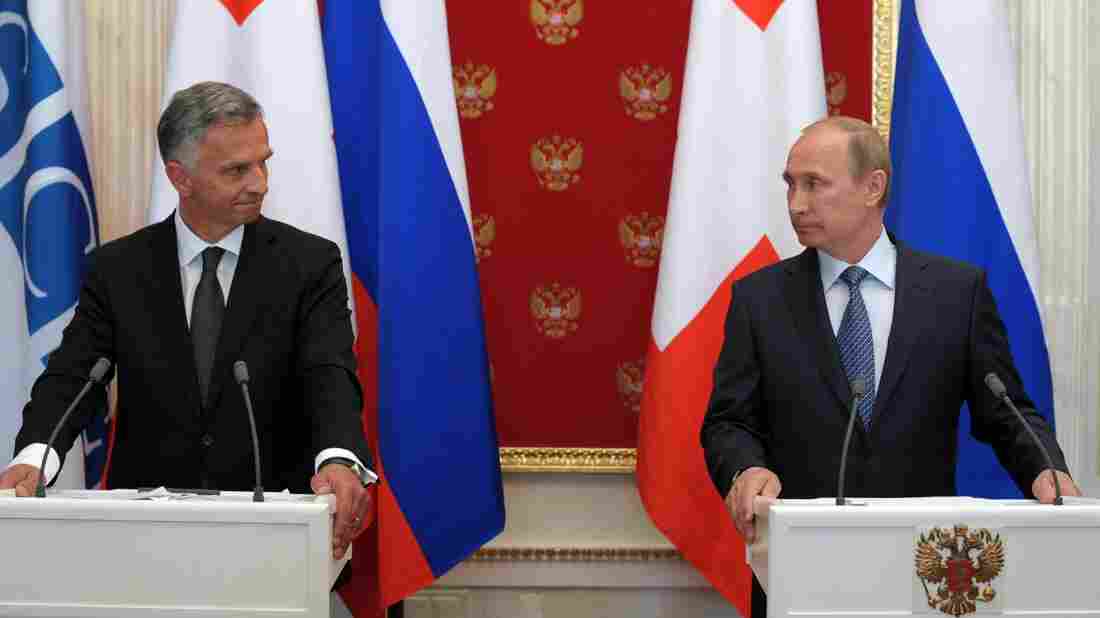 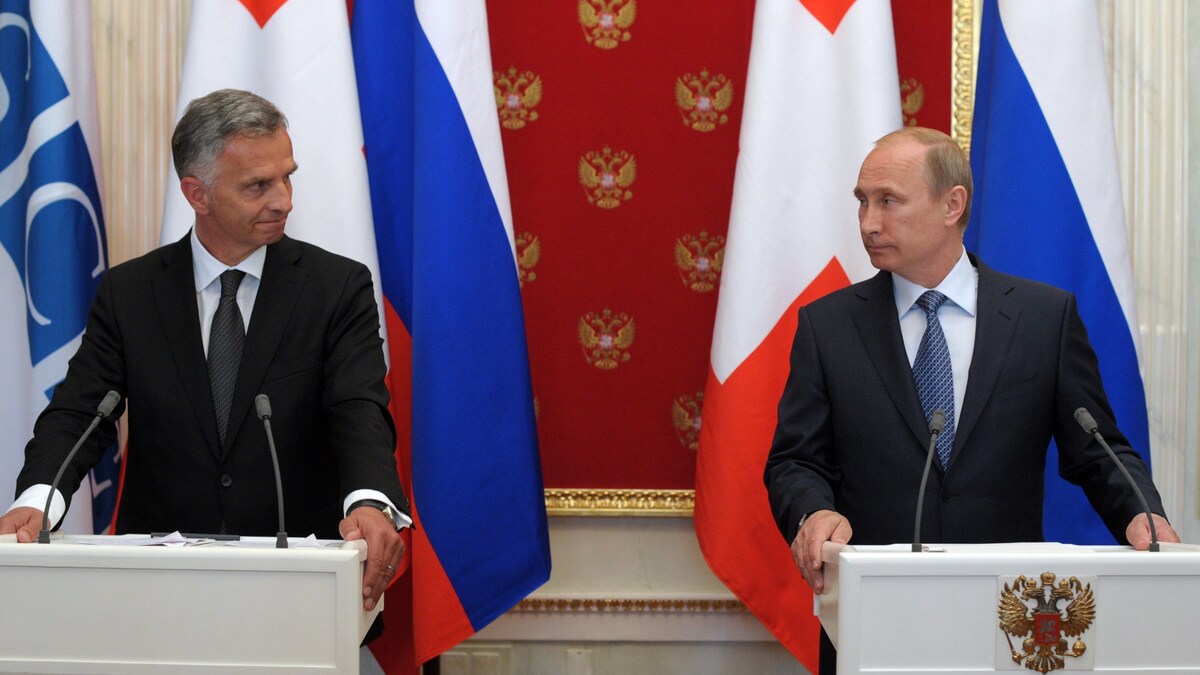 Russia's President Vladimir Putin, right, addressed the media Wednesday along with the head of the Organisation for Security and Cooperation in Europe (OSCE), Swiss President Didier Burkhalter.

The vote is currently planned for this Sunday. Putin's comments coincide with discussions he had today with the leader of the European group that has stationed military observers in Ukraine.

"We are asking representative of the South-East of Ukraine, the supporters of federalisation to postpone the referendum slated for May 11 in order to create proper conditions for this dialogue," Putin said, according to Russia's state-run Tass news agency.

From Moscow, NPR's Corey Flintoff filed this report for our Newscast unit:

"Putin met today with Swiss President Didier Burkhalter, the current head of the Organization for Security and Cooperation in Europe. He said Russia is ready for talks on ways to resolve the Ukrainian crisis.

"Putin says Russia has withdrawn its troops from its border with Ukraine, but he also called on the Ukrainian government to stop military operations against the pro-Russian separatists.

"He said that constitutional reforms would have to be enacted in Ukraine before a planned presidential election is held there. That would be impossible under current circumstances because that election is scheduled for May 25."

Despite the Russian president's statement, according to The Washington Post, "a Pentagon spokesman said Wednesday that 'we've seen no change' in Russia's posture along the border. U.S. officials have said about 40,000 Russian troops were deployed there."

Also today, the International Monetary Fund said it will send an "evaluation mission" to Ukraine this summer to help it pay its debts — including large amounts owed to Russian gas companies, according to state-run Tass news agency.

President Obama notified Congress on Wednesday that he intends to withdraw Russia's eligibility for the Generalized System of Preferences, or GSP.

A White House statement said: "Russia is sufficiently advanced economically that it no longer warrants preferential treatment reserved for less advanced developing countries, consistent with the requirements of the GSP program."

The announcement comes after an Obama administration official said Tuesday that the administration was working on a new set of sanctions against Moscow amid the continuing turmoil in Ukraine.

"What we're doing this week ... is trying to develop this strong sectoral package on both sides of the Atlantic so that the Russians can see it, understand it, and understand its impact if they take further action to prevent these elections from happening," Assistant Secretary of State Victoria Nuland told a Senate Foreign Relations Committee hearing.