Accessibility links
Shinseki: Swift Action If Problems At VA Hospital Are True : The Two-Way The veterans affairs secretary says he takes seriously allegations that some patients at a Phoenix hospital may have died while waiting a year or more for treatment.

Shinseki: Swift Action If Problems At VA Hospital Are True

Shinseki: Swift Action If Problems At VA Hospital Are True 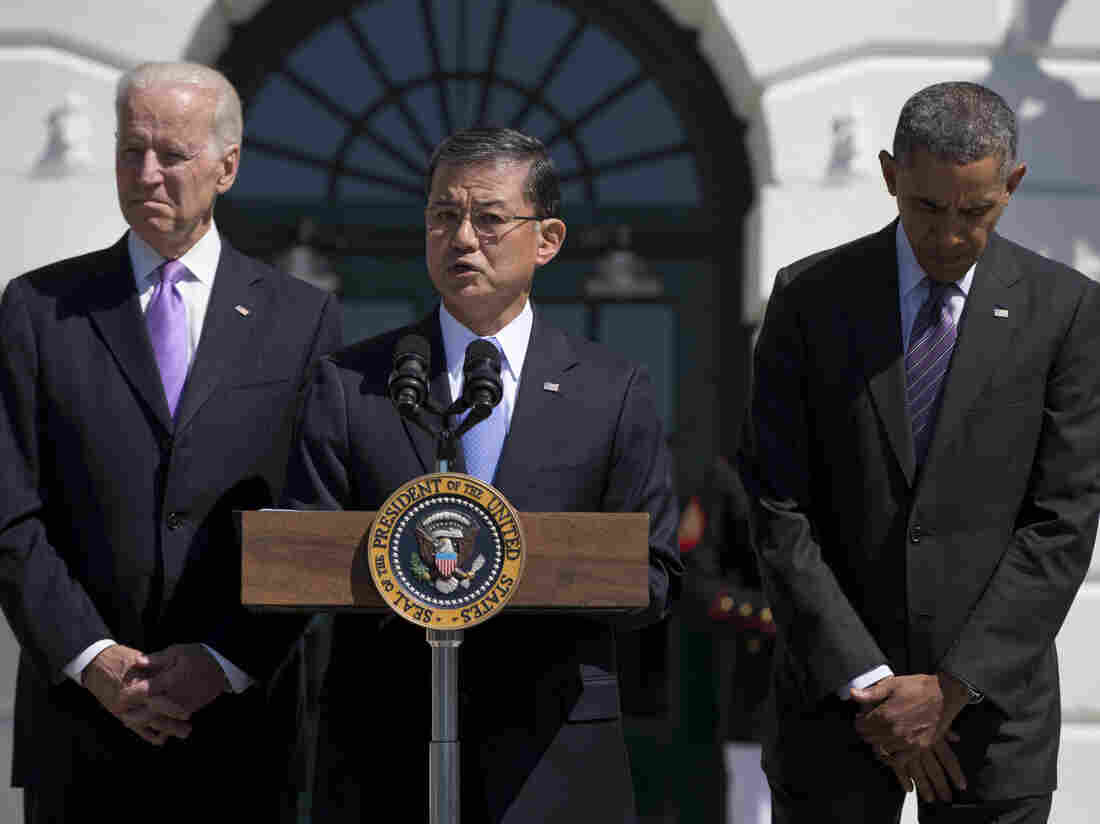 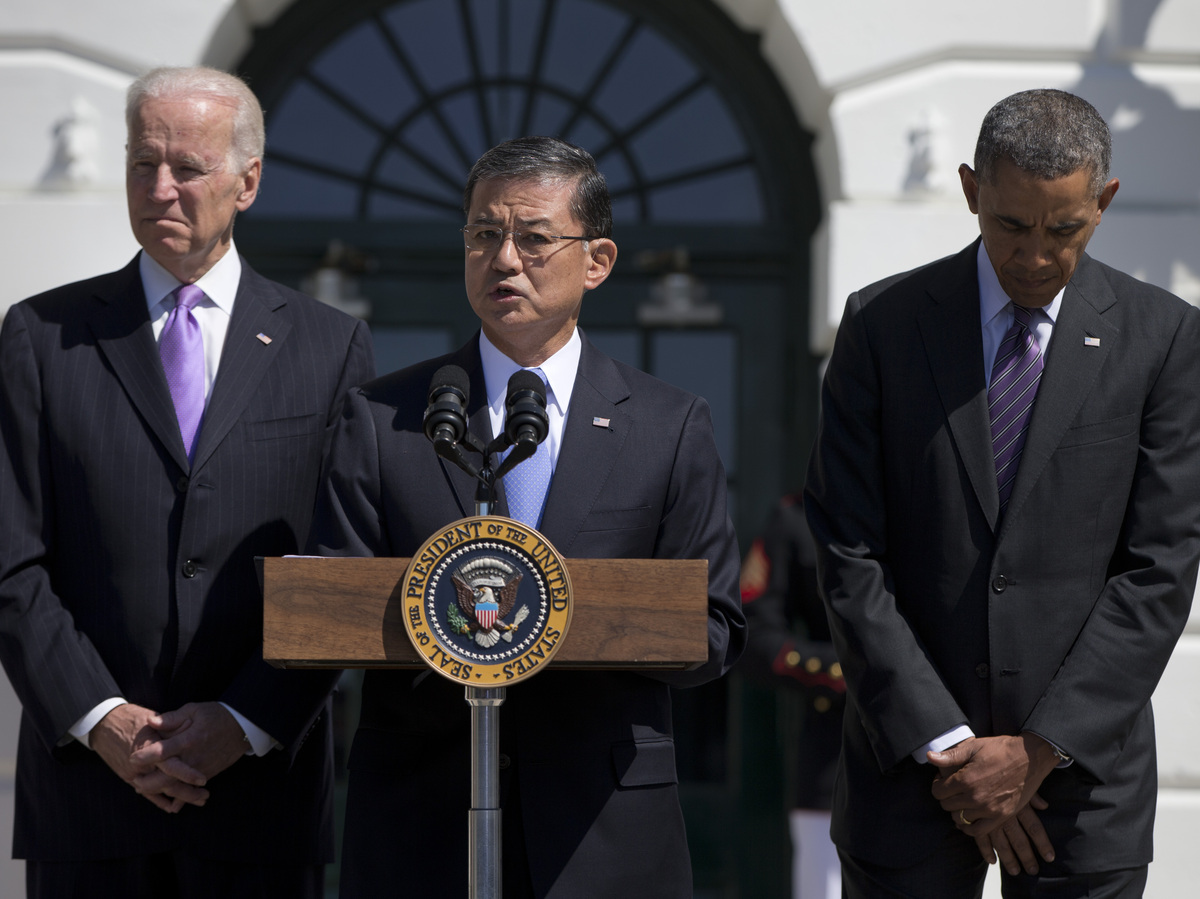 Veterans Affairs Secretary Eric Shinseki tells NPR that he's determined to get to the bottom of allegations that veterans may have died at a Phoenix VA hospital while waiting for care.

The accusations of extended delays in providing health care at the Phoenix Veterans Affairs Health Care system surfaced last month. The facility reportedly kept two lists of veterans waiting for care, one it shared with Washington and another, secret list of wait times that sometimes lasted more than a year.

"Allegations like this get my attention," Shinseki tells All Things Considered. "I take it seriously and my habit is to get to the bottom of it.

Last week, Shinseki announced that three officials had been placed on leave at the facility in Phoenix, where up to 40 patients reportedly may have died while on a wait list for care.

The VA has acknowledged that 23 patients have died as a result of delayed care in recent years, according to The Associated Press. At one clinic in Fort Collins, Colo., officials were instructed in how to falsify appointment records, the VA's inspector general says. Other problems have occurred in Pittsburgh, Atlanta and Augusta, Ga., according to the AP.

On Tuesday, Senate Minority Leader Mitch McConnell, R-Ky., called the problems "an embarrassing period for the VA." Three GOP senators, John Cornyn of Texas, Jerry Moran of Kansas and Richard Burr of North Carolina, have called on Shinseki to resign.

The VA's inspector general has been tasked with investigating the Phoenix hospital. Asked whether he'd step down if the allegations are substantiated, Shinseki said, "Let's see what the inspector general comes back with."

The retired U.S. Army four-star general and former Army chief of staff says that the question of resignation is "a hypothetical.

"But what's not a hypothetical is that I serve at the pleasure of the president," he tells NPR. "I signed on to do this to help him make things better for veterans in the near term, as quickly as possible, but also to put in place for the long term those changes to this department that will continue to help veterans well into this century."

Shinseki, who was unanimously confirmed by the Senate to the veterans affairs post in 2009, has pledged to clear up the backlog of disability claims and to end the problem of homeless veterans. He says he is confident that the numbers showing progress in those two areas are solid.

"In the case of disability claims, that's a number we can see because the claims are in the system and we can measure decisions going out the door, so that's one I am very confident of," he said. On the question of homelessness, "I am confident that we have taken veterans off the street."