Accessibility links
Accusations Of Embezzlement, Sex Roil Old Kentucky Monastery : The Two-Way A former accountant for the Abbey of Gethsemani is accused of stealing more than $1 million. But he says he was targeted for revealing details of what he says were sexual affairs inside the monastery. 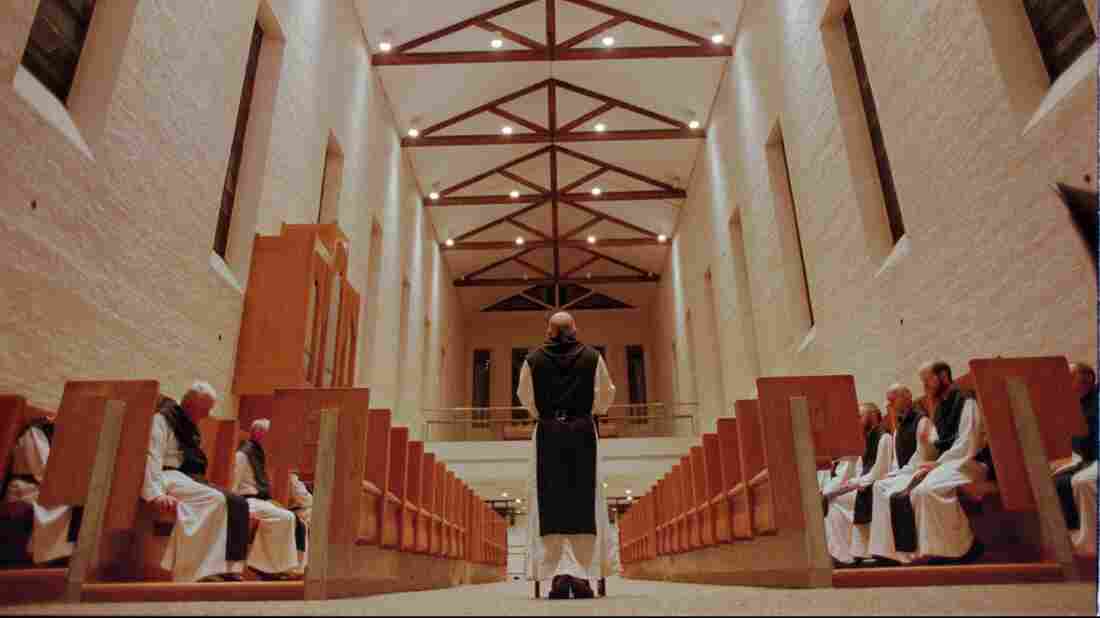 Trappist monks observe Vigils at 3:15 a.m. in Trappist, Ky., on July 3, 1998. An accountant at the abbey was indicted on Wednesday on 87 counts of theft. Tony Gutierrez/AP hide caption 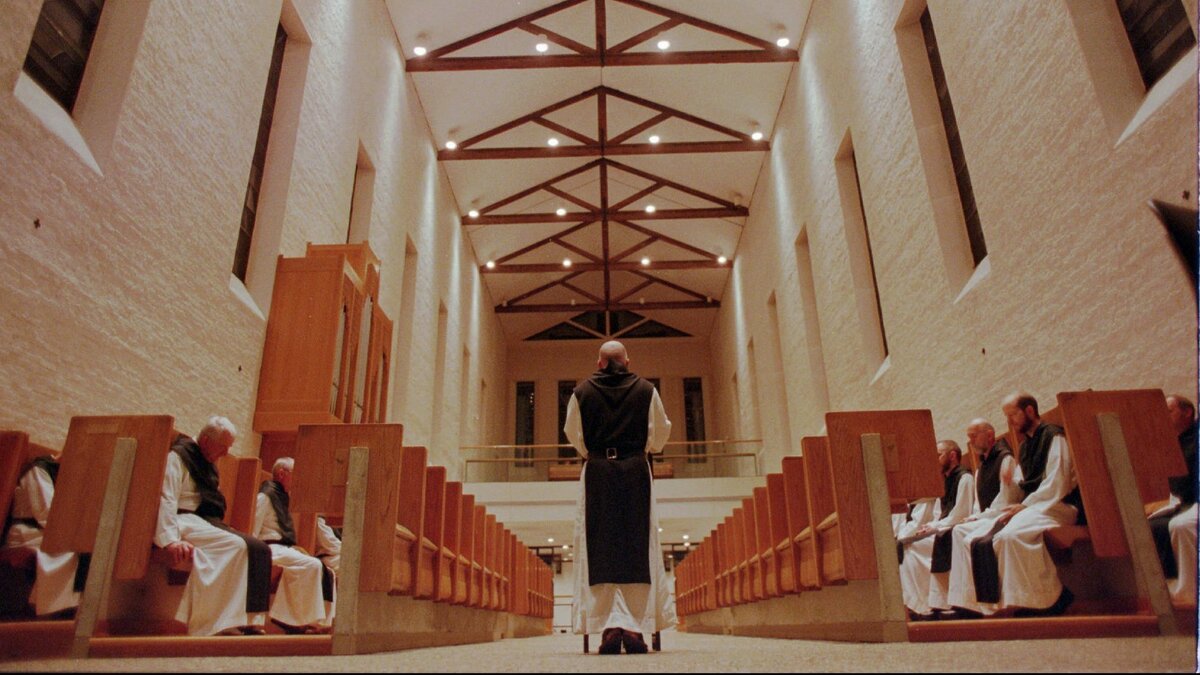 There's an interesting story out of Kentucky where the former accountant for the nation's oldest operating monastery was indicted Wednesday for allegedly stealing more than $1 million from the Abbey of Gethsemani.

But John Hutchins, the man at the center of the allegations, says he was targeted because he revealed details of what he says were sexual affairs inside the 166-year-old monastery.

The Courier-Journal of Louisville, Ky., is covering the story, and provides some background: On Feb. 17, Abbot Elias Dietz, the monastery's spiritual leader and president of its Gethsemani Farms mail-order business, wrote a letter in which he said, "We are currently dealing with a delicate issue regarding one of our employees." Dietz also wrote, according to the newspaper, that the abbey had discovered "some irregularities in its financial records" and said "someone in the employment of the abbey may be responsible."

The letter stated Hutchins had been placed on administrative leave pending an investigation and that authorities in Nelson County, Ky., had been notified of the allegations.

Hutchins would tell the paper only that he was the victim of a "cover-up." But The Courier-Journal said Hutchins had, in a widely circulated 11-page letter, said he went to "monastery leaders in January with information about 'multiple sexual affairs that were permitted ... at the monastery between monks & female lay employees, between monks & outside women' and between a lay supervisor and an employee under his supervision."

Here's more from the newspaper:

"The letter says women who 'went along' were given raises, while those who 'didn't play the game' were demoted. The letter mentions only one monk by name but says 'sexist comments and sexual banter' were common between monks and female employees.

"Hutchins also alleges that the supervisor and his employee had sex in a conference room over the monastery visitor center and that he videotaped them 'to protect myself.'

"He said that with Dietz out of the country, on Jan. 18, he reported his information to the three monks on the abbey's finance committee and later provided the same information to Ford and to the abbey's second-ranking monk, Prior Michael Casagram."

On Wednesday, a grand jury indicted Hutchins and his wife, Carrie Lee Hutchins, on 87 counts of theft, 40 of which relate to the alleged theft of more than $10,000. The indictment says the money was taken from the abbey's mail-order business from 2008 until February of this year.

The couple, through an attorney, said they would plead not guilty. Detective Jason Allison of the Nelson County Sheriff's Office told the newspaper he was aware of Hutchins' allegations, but said they were irrelevant to his investigation.

The Abbey of Gethsemani, according to its website, is a monastery in the Order of the Cistercians of the Strict Observance. The Trappist monks have been at the monastery since 1848. It was the home of Thomas Merton, the Catholic writer and mystic, who was known in the monastery as Fr. Louis.