Accessibility links
Russian President Vladimir Putin Visits Annexed Crimea : The Two-Way In remarks on a major Russian holiday, Vladimir Putin hailed Crimea's "return to the motherland." It was his first appearance in the territory since March when Russia annexed the Ukrainian region. 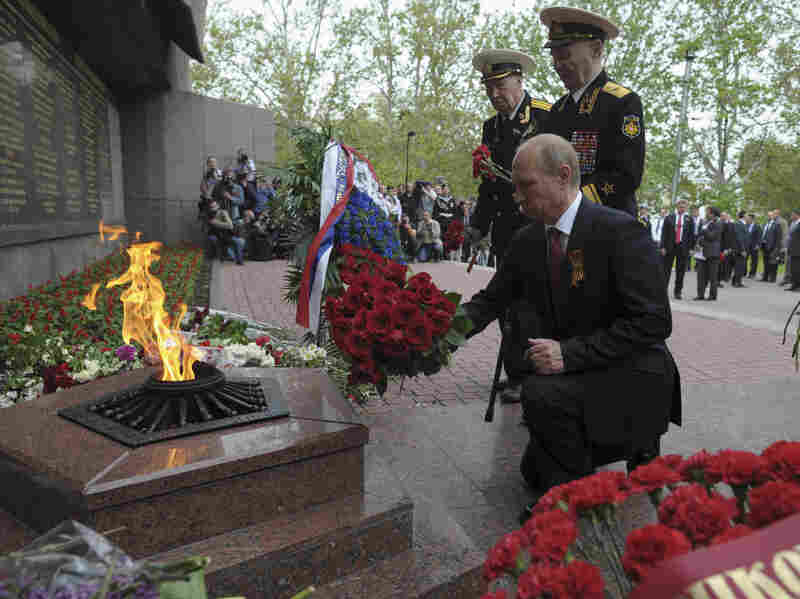 President Vladimir Putin lays flowers during a ceremony marking Victory Day in the Crimean city of Sevastopol on Friday. It was his first visit to the region since Russia annexed it in March. Maxim Shemetov/Reuters/Landov hide caption 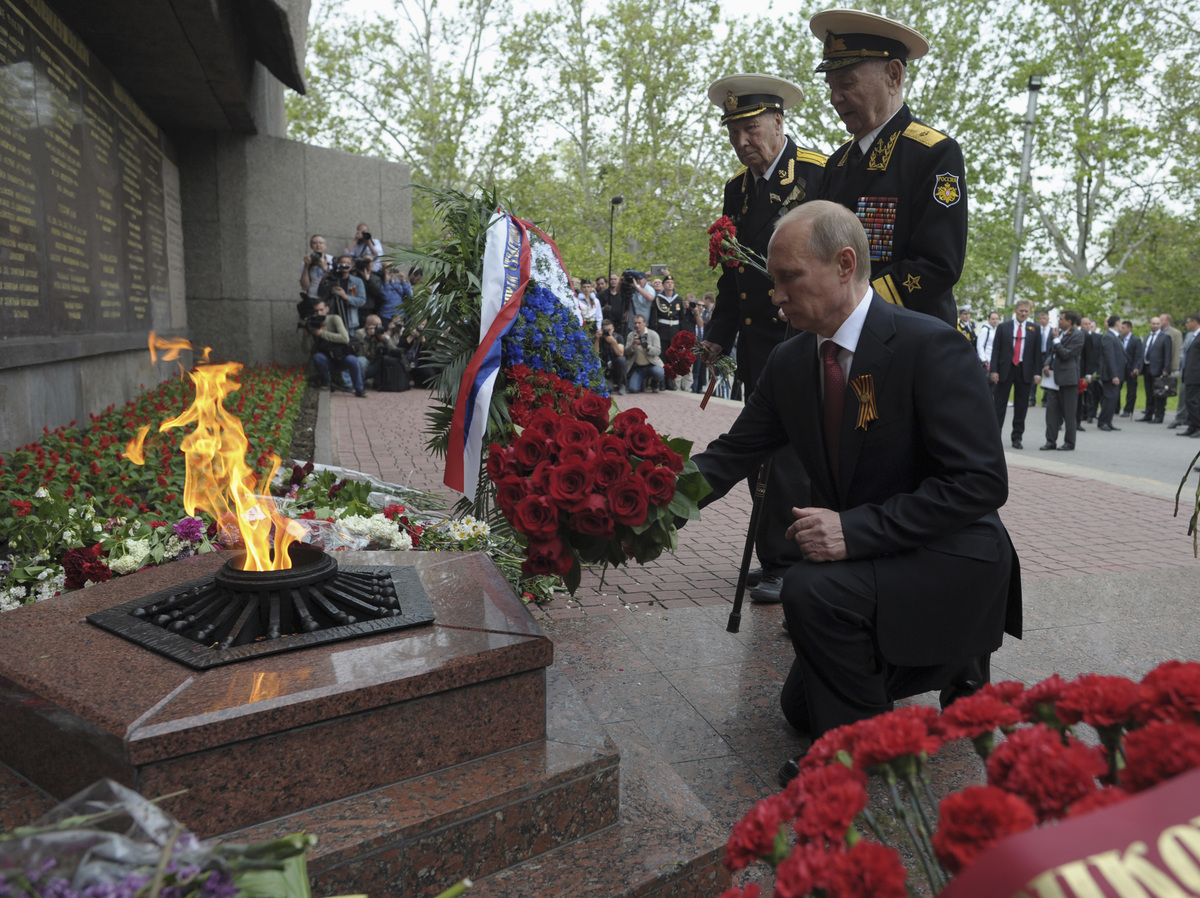 President Vladimir Putin lays flowers during a ceremony marking Victory Day in the Crimean city of Sevastopol on Friday. It was his first visit to the region since Russia annexed it in March.

Russian President Vladimir Putin hailed Crimea's "return to the motherland," in his first appearance in the territory since Russia annexed the Ukrainian region in March.

The visit was ostensibly to mark Victory Day, Russia's most important secular holiday that honors the 1945 Soviet victory over the Nazis. And it came just hours after Putin oversaw a parade of troops, tanks and missile launchers making its way through Moscow's Red Square.

"Tens of thousands flooded the Crimean port of Sevastopol to watch the extravaganza that was the Russian leader's entrance. Putin boarded a boat to sail past a line of Russian Black Sea Fleet ships anchored in the bay and greeted their crews before watching a flyby of 70 military aircraft."

"I am sure that 2014 will go into the annals of our whole country as the year when the nations living here firmly decided to be together with Russia, affirming fidelity to the historical truth and the memory of our ancestors," Putin said.

The New York Times notes the symbolism in Putin's visit to Crimea on Victory Day:

"Over the past decade, Mr. Putin has gradually turned Victory Day into a celebration of resurgent Russian power and nationalism. The visit to Sevastopol, in southwestern Crimea, the historical home of Russia's Black Sea Fleet, was a potent manifestation of his goal of reviving Russia as a global power."

As we've told you previously, the Crimean Peninsula was gifted by Soviet leader Nikita Khrushchev to Ukraine in 1954. After the fall of the Soviet Union, Crimea, which had an ethnic Russian majority population, remained with Ukraine as an autonomous part of the country. But in March, Putin annexed the region, in the midst of tensions with Ukraine and the West, after Crimea's population voted to join Russia.