Accessibility links
South Sudanese Leaders Sign Cease-Fire Agreement : The Two-Way The pact calls for the "immediate cessation of hostilities." The world's youngest country has been roiled by ethnic violence since December. Thousands have been killed and 1.3 million are displaced. 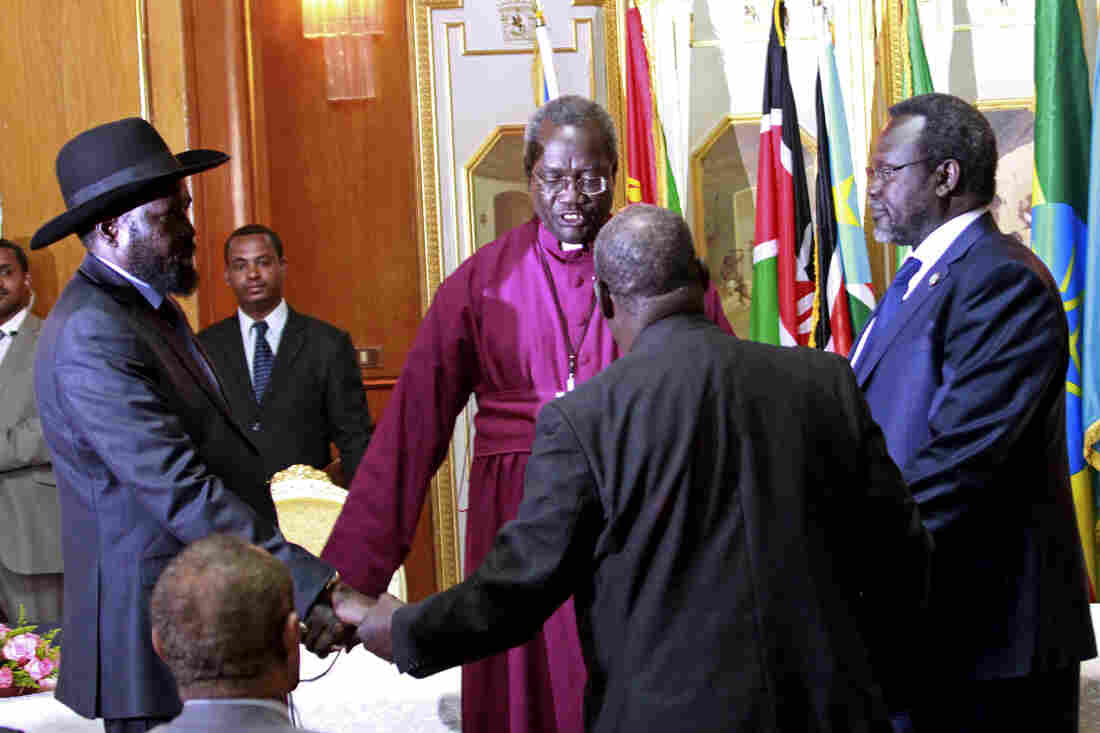 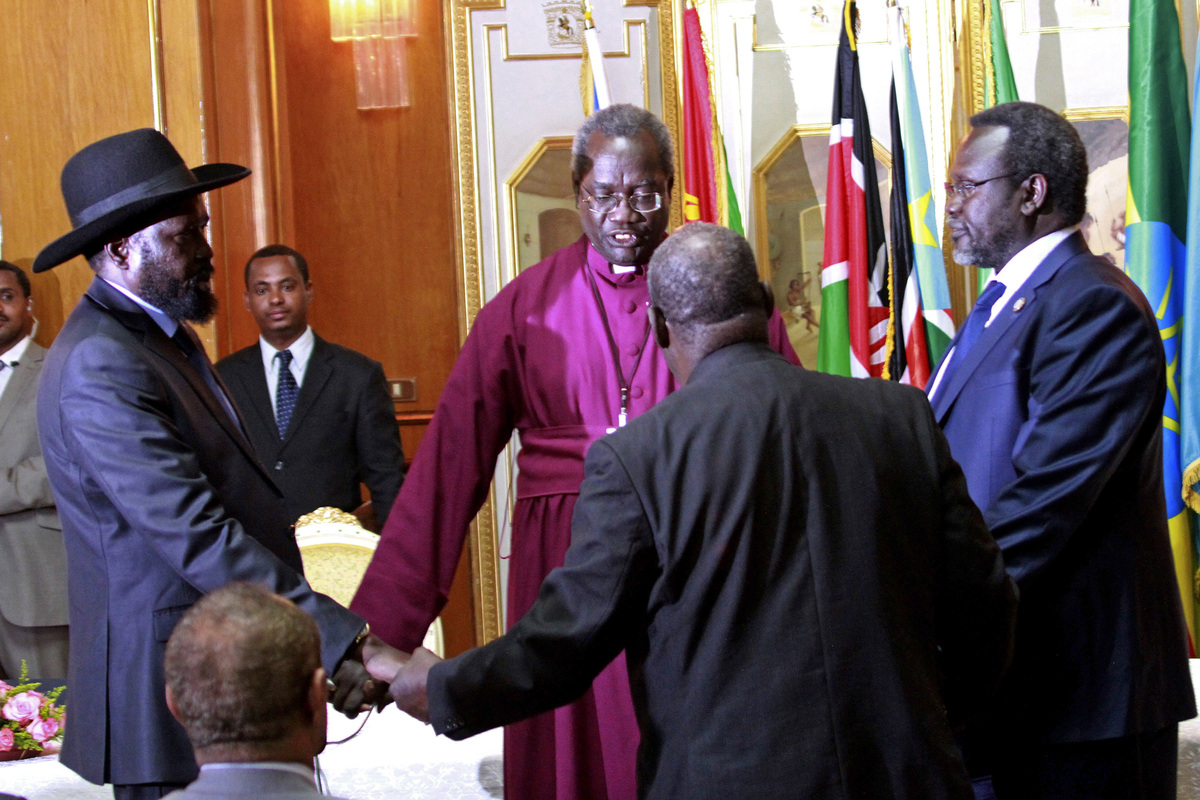 South Sudan's president has signed an agreement with a rebel leader that calls for the "immediate cessation of hostilities."

As NPR's Gregory Warner has been reporting, a political tug of war between two rivals has spiraled into "tit-for-tat ethnic killing" that has threatened to tear apart the world's youngest country.

The United Nations has sent peacekeepers, and Secretary of State John Kerry traveled to the region to try to bring out about an end to the violence.

On Friday, after a face-to-face meeting in Addis Ababa, Ethiopia, the two sides came to an agreement.

Kenyan President Uhuru Kenyatta, who was mediating on behalf of the African Intergovernmental Authority on Development, said he was "very pleased."

"Today's events show that the region is committed to facilitating the return of peace and stability in an important neighbor and friend," Kenyatta said in a statement.

The Guardian reports that thousands of people have been killed and 1.3 million have been displaced since the violence broke out in December.

"US national security adviser Susan Rice welcomed the peace agreement in a statement, saying it 'holds the promise of bringing the crisis to an end.'

"Rice urged that Kiir and Machar follow up on the new peace deal signed in Addis Ababa, Ethiopia, by 'ending the violence and negotiating in good faith to reach a political agreement.' A statement by the spokesman for UN secretary-general Ban Ki-moon demanded that both sides 'immediately translate these commitments into action on the ground.' "