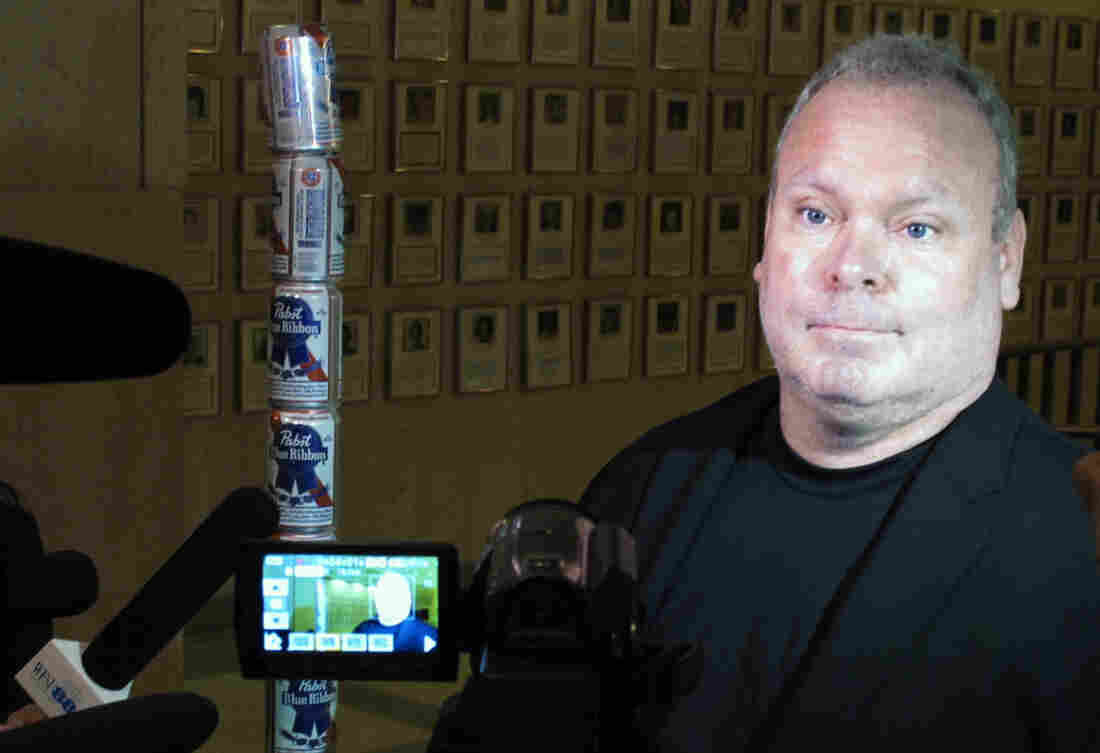 Chaz Stevens talks with reporters after setting up his Festivus pole made out of beer cans at the Florida Capitol building in Tallahassee, Fla., in December of 2013. Brendan Farrington/AP hide caption 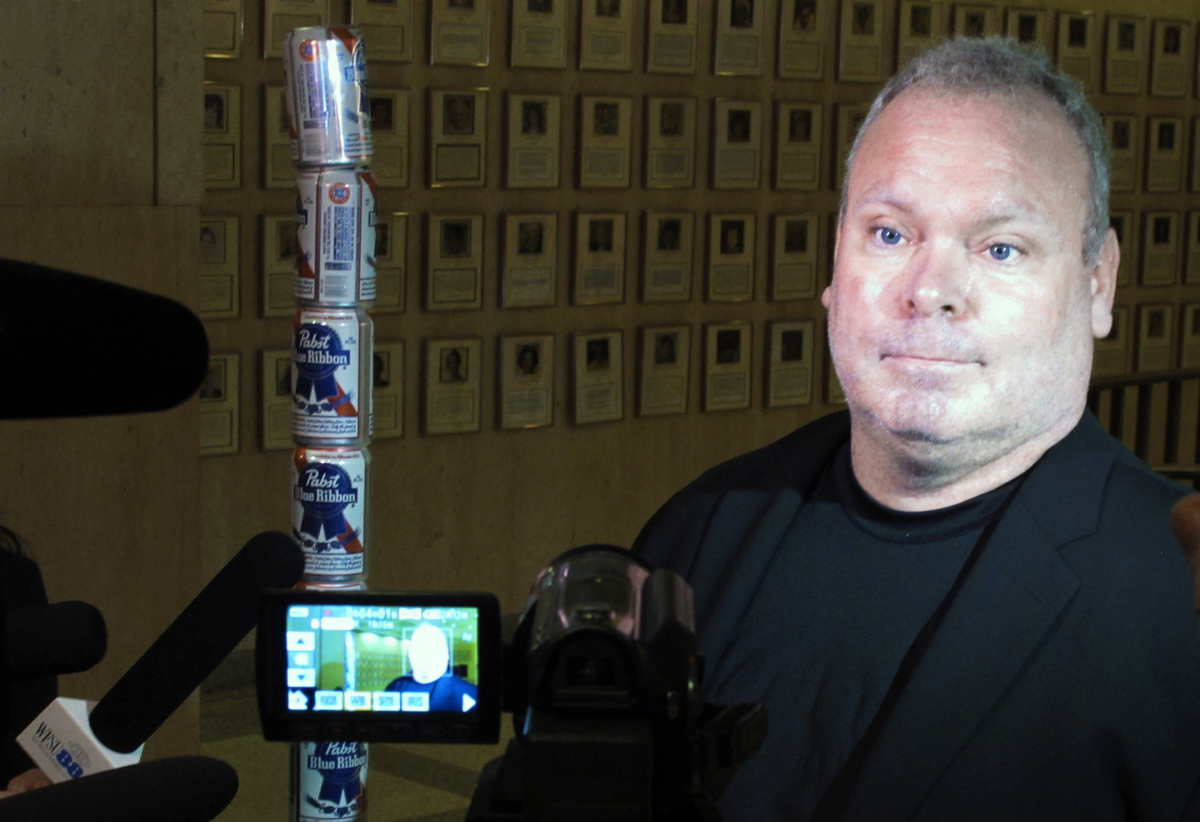 Chaz Stevens talks with reporters after setting up his Festivus pole made out of beer cans at the Florida Capitol building in Tallahassee, Fla., in December of 2013.

A Florida rabble-rouser wants the city of Deerfield Beach to allow him to say a satanist prayer at the beginning of a council meeting.

Of course, Chaz Stevens' request comes after the Supreme Court ruled that sectarian prayer before a government meeting does not necessarily violate the Constitution's Establishment Clause.

Stevens has a history of exploring the separation of church and state in dramatic fashion: In December of 2013, for example, he was allowed to set up a Festivus pole — made of empty beer cans — in the rotunda of the Florida state Capitol.

In a short phone interview, Stevens tells us he had just recently converted to Satanism. It was the first time, he says, that he had committed to any god.

He said the Supreme Court has a long history of getting things wrong. He cites the court's 1896 decision in Plessy v. Ferguson, where they decided that segregation did not amount to discrimination.

With its decision in Town of Greece, New York v. Galloway, the court is blurring the line between church and state, he says.

"If the Supreme Court wants to open up the door to this, Satan and I will walk through," he adds.

Four days after the court's decision in Town of Greece, Stevens wrote the city attorney and the city commissioners to ask for a turn to give the opening prayer. He even provided an example of what he might read.

"O mighty Lord Satan, / teach us to become strong and wise! / Teach us to vanquish the enemies / of our freedom and well-being!" he proposes to say.

In fairness, the Supreme Court did not change its precedent on prayer before meetings in the Town of Greece decision. Instead it reaffirmed a tradition that dates back to the Continental Congress of 1774.

In the majority opinion, Justice Anthony Kennedy also draws some lines around the prayers that are acceptable. In essence, the prayers should be ceremonial in nature and should not be used by the government to "coerce nonbelievers."

They can also be secular in nature — which means they can mention Jesus, Allah or Jehovah for example — and have historically expressed blessings "that find appreciation among people of all faiths."

Kennedy writes: "These religious themes provide particular means to universal ends. Prayer that reflects beliefs specific to only some creeds can still serve to solemnize the occasion, so long as the practice over time is not 'exploited to proselytize or advance any one, or disparage any other, faith or belief.' "

I asked Stevens if his approach — in his letter to the council, for example, he makes disparaging statements about the Catholic Church — might run afoul of that principle.

He says that politics, especially in his community, is dirty and there is no respect. He says many of the rights enshrined in the Constitution were intended to protect minorities. This decision, he says, isn't about assuring respect for the little guy, Instead, it's about protecting the Christian majority.

Stevens says that even some of his family doesn't understand what he's trying to do with his request. He says that this is not about Satan.

"It's a comic gag, a satirical gag, an extreme gag that draws attention at the greying of the separation of church and state," Stevens says.

The city of Deerfield Beach did not immediately respond to our request for comment. We'll update this post if we hear back.