Accessibility links
Rams Pick Michael Sam, First Openly Gay Player Drafted In NFL : The Two-Way In the seventh round of the NFL draft, the St. Louis Rams have picked Michael Sam, paving the way for him to be the first openly gay player in the league. 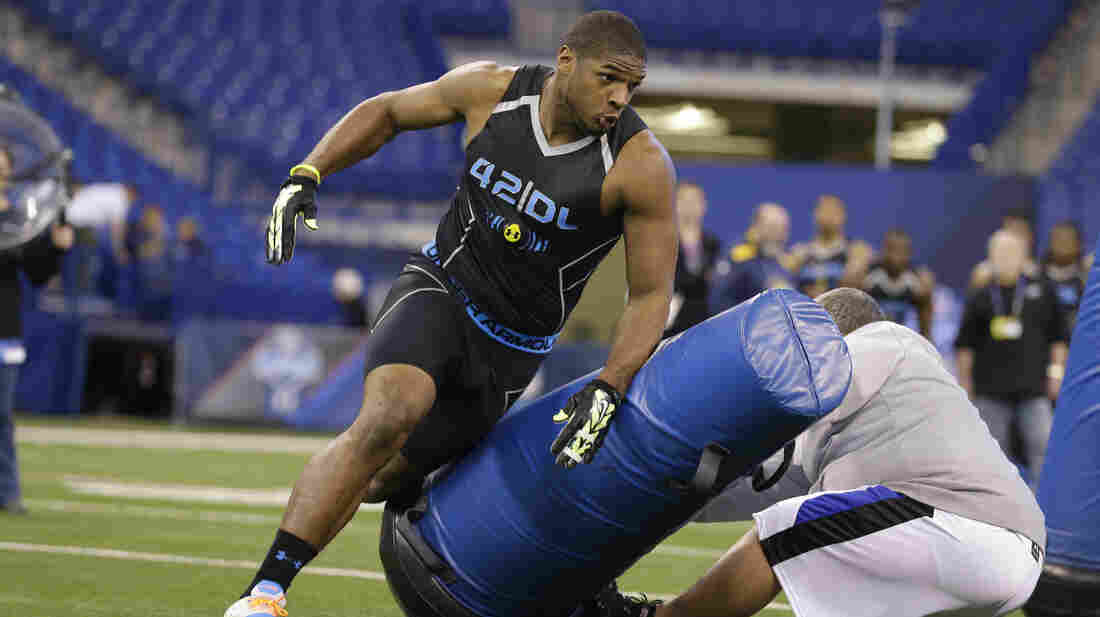 Michael Sam runs a drill at the NFL Scouting Combine in Indianapolis in February. Sam was picked in the seventh round of the NFL draft by the St. Louis Rams. Michael Conroy/AP hide caption 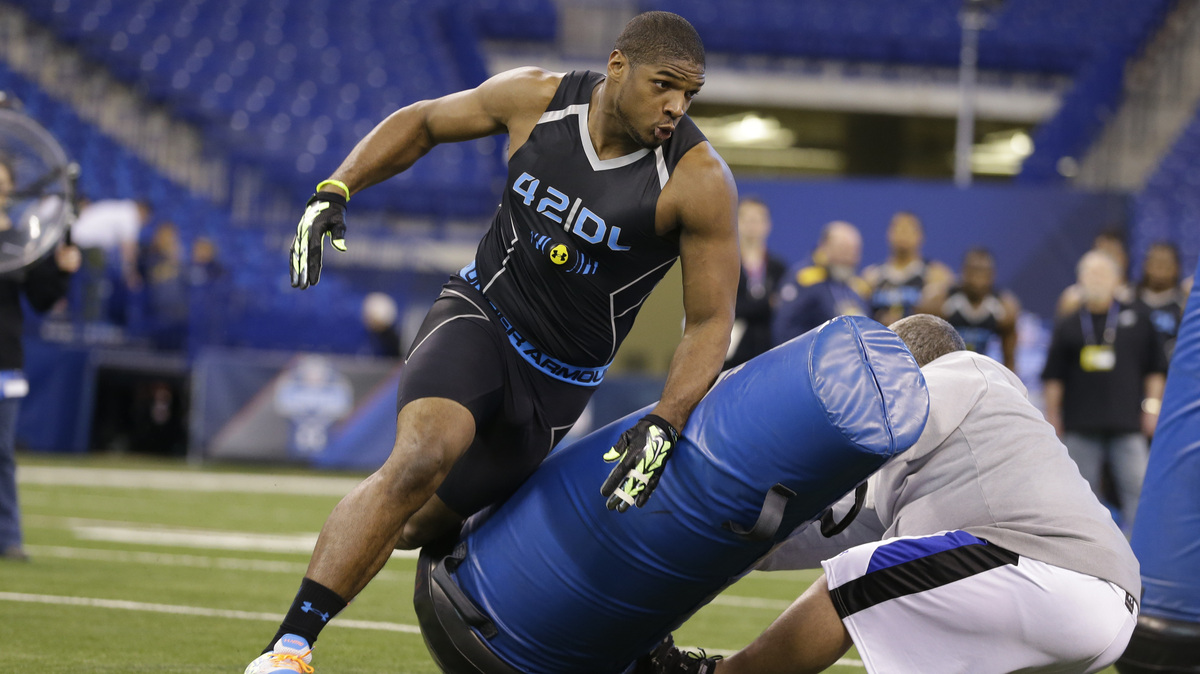 Michael Sam runs a drill at the NFL Scouting Combine in Indianapolis in February. Sam was picked in the seventh round of the NFL draft by the St. Louis Rams.

In the seventh round of the NFL draft, the St. Louis Rams picked Michael Sam, making him the first openly gay player to be drafted by a pro football team.

Sam, who played for Missouri in college, came out earlier this year in media interviews with ESPN and The New York Times. His team and coaches knew his sexual orientation before the interviews, but kept it private for his final college season.

That season was the best of his college career, and he was anointed with the title of Southeastern Conference defensive player of the year.

It was thought Sam might be picked earlier in the draft, but ultimately he was taken with the 249th overall pick out of 256.

Writing for Outsports.com, Cyd Zeigler had this to say about the Rams' pick:

"It will be fascinating in the coming days to watch the reaction to the drafting of Sam. Some will point to his sexual orientation as the reason he wasn't drafted earlier. It is truly impossible to know why someone is drafted when they are, unless you're able to speak with every general manager who passed him over and those who strongly considered him.

"Ultimately, Sam was selected in the NFL Draft, and that's what matters. He beat out thousands of other prospects for his ability to help a team. His character, his leadership, his onfield performance and his Combine performance were all weighed and the Rams made their selection when they thought they had to."

Sam's entrance into the NFL could help the league's image after a season in which a bullying scandal was one of the bigger sports stories of the year.