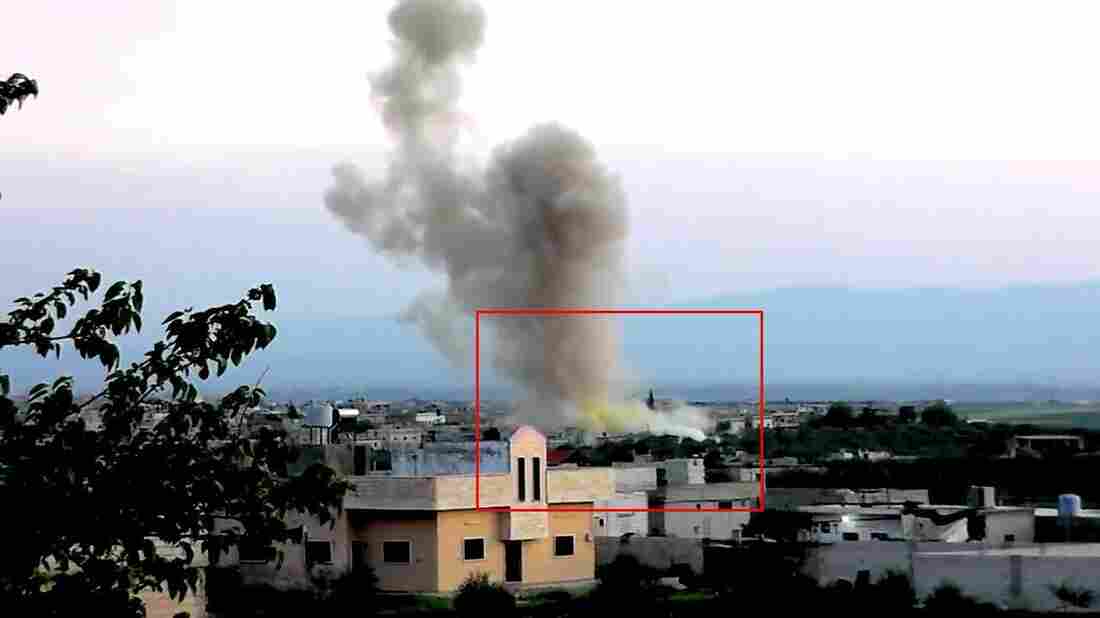 A screenshot from a video posted to YouTube on April 11, 2014 shows substantial yellow coloration at base of the cloud over Keferzita, Syria. Human Rights Watch hide caption 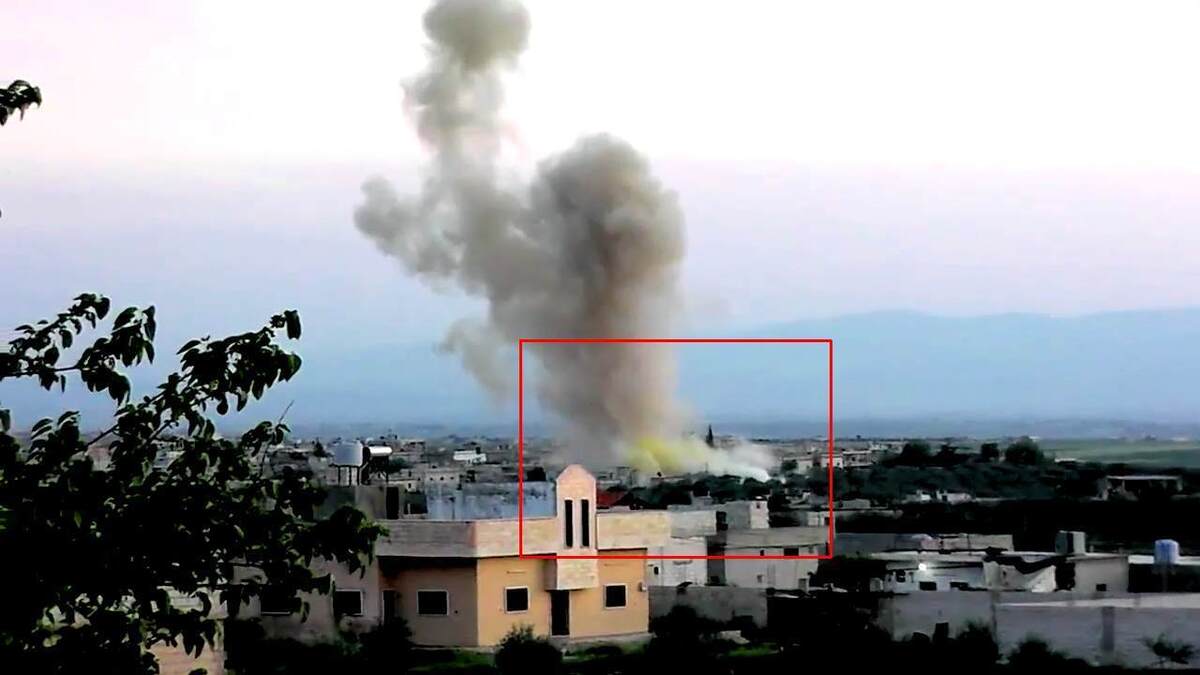 A screenshot from a video posted to YouTube on April 11, 2014 shows substantial yellow coloration at base of the cloud over Keferzita, Syria.

The group, which investigates allegations of human rights abuses, says the rebels do not have the helicopters used to drop the barrel bombs used on three northern cities.

"Syria's apparent use of chlorine gas as a weapon – not to mention targeting of civilians – is a plain violation of international law," Nadim Houry, deputy Middle East and North Africa director at Human Rights Watch, said in a statement. "This is one more reason for the UN Security Council to refer the situation in Syria to the International Criminal Court."

Back on April 29, the Organization for the Prohibition of Chemical Weapons announced it was initiating a fact-finding mission to investigate the allegations.

The OPCW is also the U.N.-affiliated organization in charge of disposing of Syria's chemical weapons.

Meanwhile, Ahmed Jarba, the president of the largest collection of Syrian rebel groups, is scheduled to meet with Obama national security adviser Susan Rice on Tuesday.

NPR's Tom Bowman spoke to Jarba, who is in Washington trying to convince the Obama administration to provide the opposition with shoulder-fired anti-aircraft missiles.

Tom says Jarba says they need those weapons to turn the tide in the country's civil war, but U.S. officials seem to think it is now too late.

"No on seems to think Assad can be defeated on the battle field," Tom told Morning Edition. But continued fighting and a stronger opposition could put enough pressure on the Syrian president to make him negotiate.

Tom adds that the opposition has also handed the U.S. 11,000 photographs they say show systematic torture. The photos are being analyzed by the FBI and could be used to build a war crimes case against Syria. France is already pushing for that, but the U.S. has yet to join the effort.