Accessibility links
Christopher Columbus Ship The Santa Maria May Have Been Found : The Two-Way The ship sank in 1492 after hitting reefs off the Haitian coast. Undersea explorer Barry Clifford says he's working with Haiti's government to carry out an archaeological excavation of the wreck.

Christopher Columbus Ship The Santa Maria May Have Been Found

Christopher Columbus Ship The Santa Maria May Have Been Found 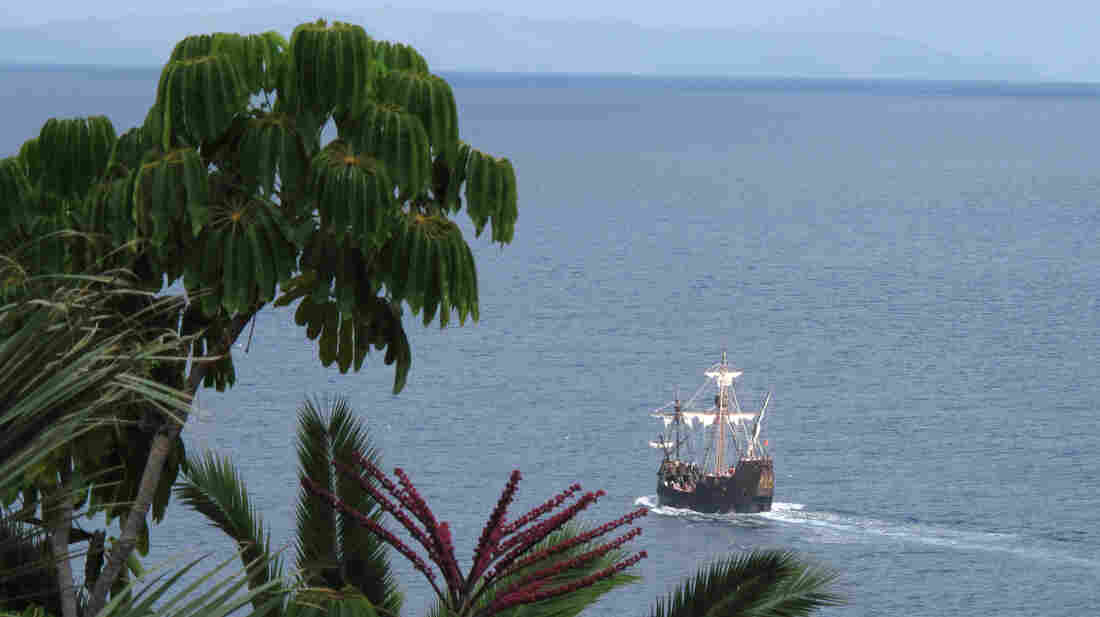 A 2011 photo shows a replica of Christopher Columbus' flagship, the Santa Maria, off the Portuguese island of Madeira. The location of the Santa Maria has been a mystery; an explorer says he might have found it. Eric Risberg/AP hide caption 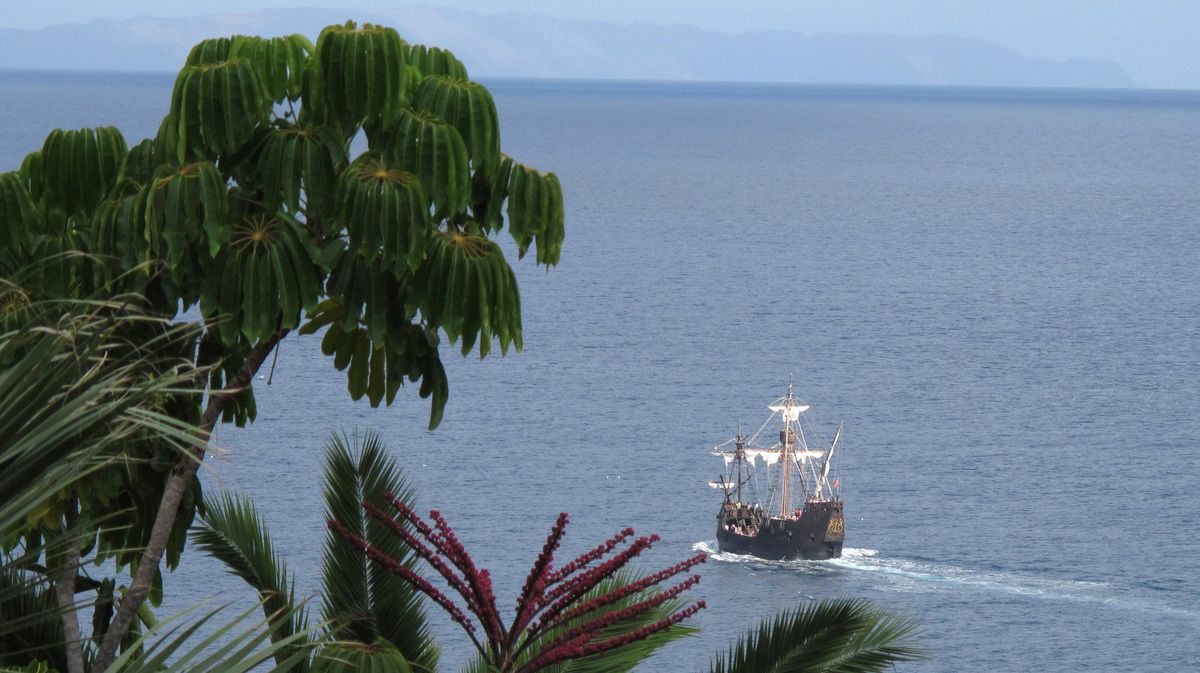 A 2011 photo shows a replica of Christopher Columbus' flagship, the Santa Maria, off the Portuguese island of Madeira. The location of the Santa Maria has been a mystery; an explorer says he might have found it.

It's been missing for more than 500 years. But now there are reports that the Santa Maria, the largest ship among the trio that made Christopher Columbus' first expedition to North America, may be found. Undersea explorer Barry Clifford says he thinks he has found the ship in waters off of Haiti's coast.

"All the geographical, underwater topography and archaeological evidence strongly suggests that this wreck is Columbus' famous flagship, the Santa Maria," Clifford tells Britain's The Independent. "The Haitian government has been extremely helpful — and we now need to continue working with them to carry out a detailed archaeological excavation of the wreck."

Clifford is a well-known wreck hunter, having found the pirate ship and former slave vessel the Whydah, which sank off the coast of Cape Cod in 1717. That discovery led to a project with National Geographic.

The Santa Maria sank after hitting reefs off the Haitian coast around Christmas of 1492, months after arriving from Spain. It is believed that Columbus ordered some of the ship's timbers stripped from the wreck in order to build a fort on land near the shore.

A hand-drawn map by Christopher Columbus shows the northern coast of Española (Hispaniola), where his flagship, the Santa Maria, sank in 1492. Henry Davis hide caption

A hand-drawn map by Christopher Columbus shows the northern coast of Española (Hispaniola), where his flagship, the Santa Maria, sank in 1492.

It turned out that Clifford's team had already located a wreck in that spot, in 2003. Now they're working to prove its identity as the ship that sailed from Spain along with two smaller ships, the Pinta and the Niña.

But verifying the wreck's identity will be harder now than it would have been in 2003, when Clifford took photos of the site that included a cannon like what the Santa Maria would have carried. When they returned recently, "all the key visible diagnostic objects including the cannon had been looted by illicit raiders," The Independent's archaeology correspondent, David Keys, reports.

Professor Charles Beeker, who directs the Indiana University's Office of Underwater Science and who has visited the wreck with Clifford, tells Keys that there's "some very compelling evidence" that the wreck is the Santa Maria. But he adds that a full excavation must be carried out to be sure.

The Santa Maria was a carrack, a craft that was "the definitive beast of burden of the Age of Exploration," according to the site In-Arch. "Magellan, for example, had an all-carrack fleet with which he set to circumnavigate the globe in 1519."

One of the ship's advantages was that it was roomy enough for plenty of provisions — a capacity that could also be used to bring treasure back to an expedition's sponsor.

Clifford tells The Independent he'd like the ship to stay in Haiti:

"Ideally, if excavations go well and depending on the state of preservation of any buried timber, it may ultimately be possible to lift any surviving remains of the vessel, fully conserve them and then put them on permanent public exhibition in a museum in Haiti.

"I believe that, treated in this way, the wreck has the potential to play a major role in helping to further develop Haiti's tourism industry in the future."