Accessibility links
Russia Aborts Rocket Engine Sales, GPS Cooperation With U.S. : The Two-Way The moves come after Washington banned some high-tech equipment sales to Russia as part of sanctions in response to the annexation of Crimea. 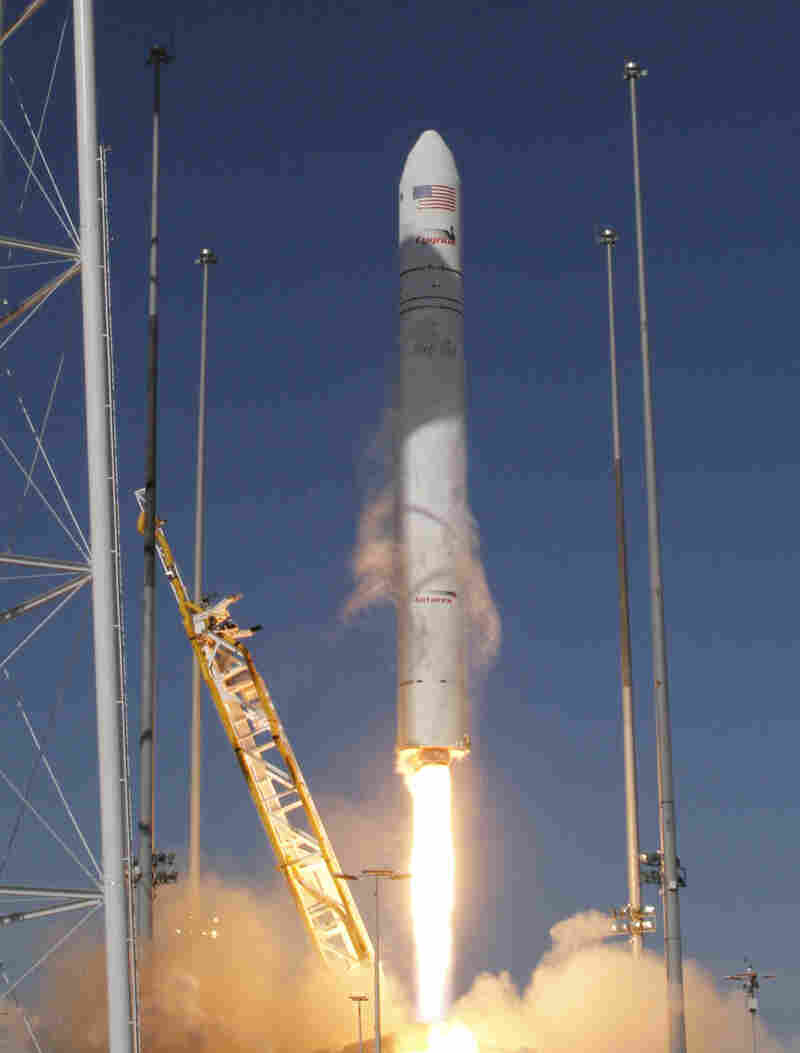 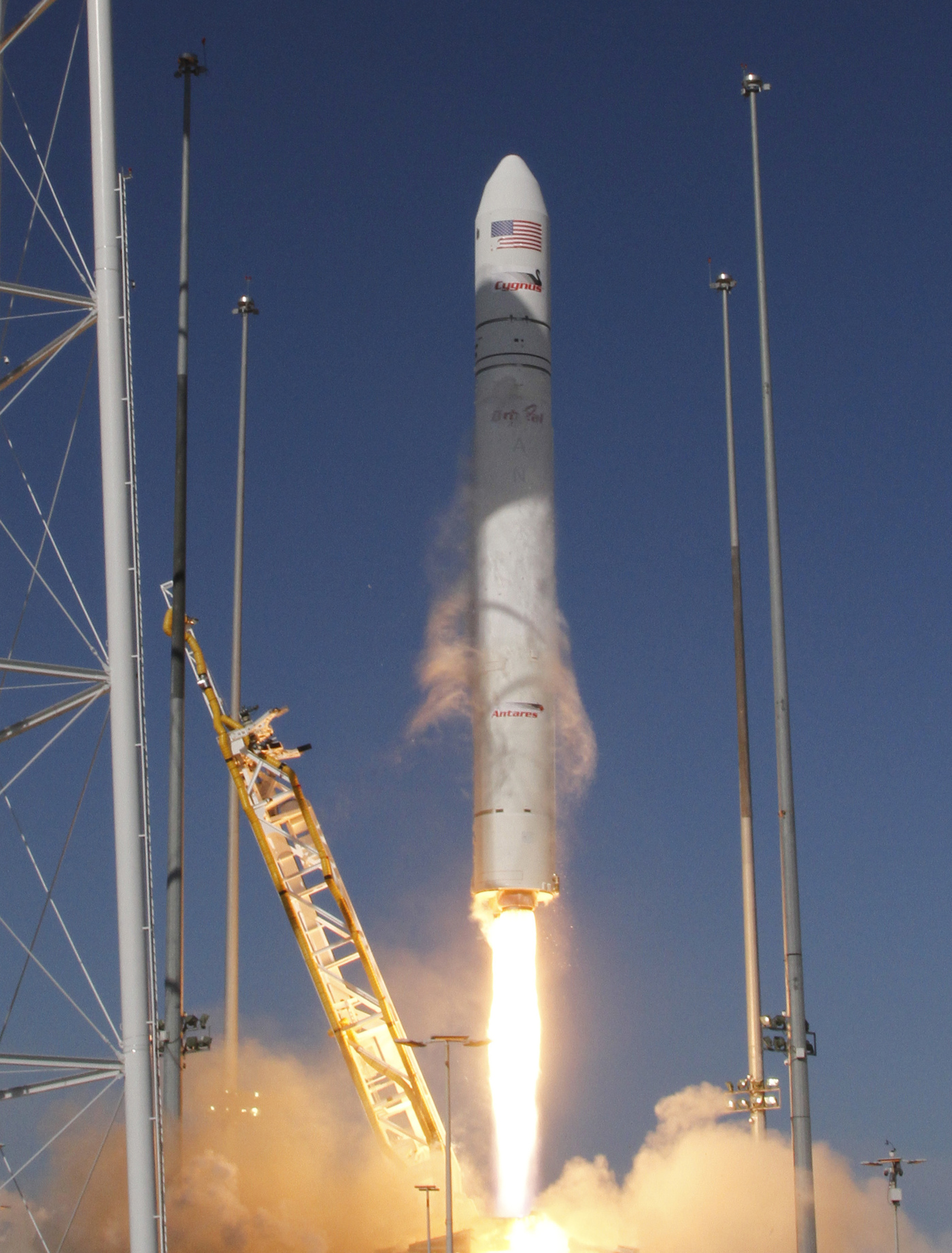 Orbital Sciences Corp.'s Antares rocket lifts off at Wallops Island, Va., in April of last year. The Antares uses a pair of Russian-made NK-33 rocket engines that Moscow says it will stop supplying for military launches.

In a tit-for-tat sanctions dispute over the situation in Ukraine, a top Russian official said Tuesday that Moscow would stop supplying the U.S. with rocket engines used in military satellite launches and suspend operation of GPS ground stations in Russian territory.

The moves come after Washington banned some high-tech equipment sales to Russia as part of sanctions in response to the annexation of Crimea.

Deputy Prime Minister Dmitry Rogozin, the head of Russia's space program and a target of U.S. sanctions, says Moscow will only supply its powerful RD-180 and NK-33 engines if it is sure they will not be used for military launches.

But, he added: "We proceed from the fact that without guarantees that our engines are used for non-military spacecraft launches only, we won't be able to supply them to the U.S."

The "differential correction" stations provide a ground-based reference that makes GPS signals more accurate, so shutting them down would presumably affect GPS accuracy in some parts of the globe.

Moscow has its own version of GPS, a satellite navigation system known as GLONASS. The two countries had been working toward a reciprocal agreement to allow GLONASS stations on U.S. soil, but the deal has yet to be finalized.

The RD-180 is currently used as the first stage for the U.S. Atlas V launch vehicle built by United Launch Alliance, a consortium of Lockheed Martin and Boeing, and a pair of NK-33s — originally developed for Russia's scuttled N1 moon shot rocket — make up the first stage of Orbital Sciences Corp.'s Antares launch vehicle.

NPR's Corey Flintoff, reporting from Moscow, says "Rogozin also says Russia will not cooperate with a U.S. request to extend the life of the International Space Station beyond 2020."

Last month, Rogozin tweeted a suggestion that the U.S., which relies on Russia's Soyuz system to reach the International Space Station, should launch its astronauts "with a trampoline."