Accessibility links
Judge Strikes Down Idaho's Same-Sex Marriage Ban : The Two-Way Gay couples can begin to marry as soon as Friday morning unless an appeals court puts a stay on the decision. It was the second state in less than a week to have its ban wiped out by a judge. 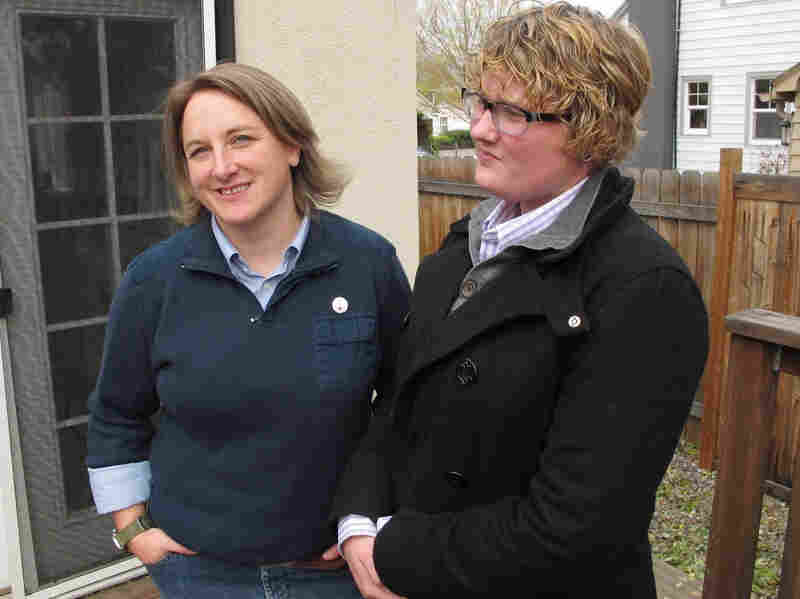 Amber Beierle, left, and Rachael Robertson are one of four same-sex couples who sued the state of Idaho over its law banning same-sex marriage. Todd Dvorak/AP hide caption 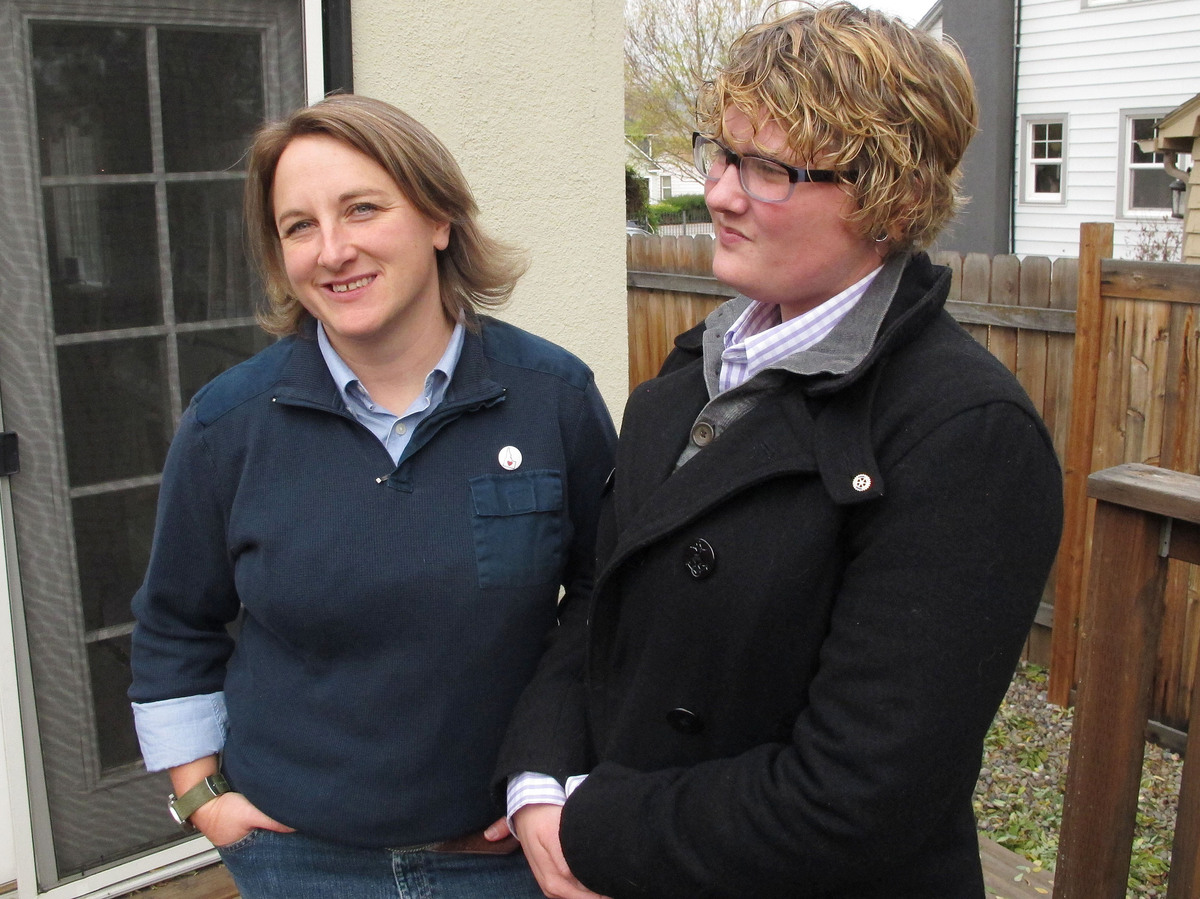 Amber Beierle, left, and Rachael Robertson are one of four same-sex couples who sued the state of Idaho over its law banning same-sex marriage.

A federal judge has struck down Idaho's ban on gay marriage.

"Idaho's Marriage Laws withhold from them a profound and personal choice, one that most can take for granted," Dale wrote in a 57-page decision.

Gov. Butch Otter has said he will appeal the case. On Monday, he filed a pre-emptive motion for a stay in case the state lost, according to the Idaho Statesman.

"Today's decision, while disappointing, is a small setback in a long-term battle that will end at the U.S. Supreme Court," Otter said in a statement. "I am firmly committed to upholding the will of the people and defending our Constitution."

Idaho is the second state in the space of a week to have its same-sex marriage ban wiped out by the court. More than 200 gay couples have obtained licenses in Arkansas since a judge struck down a ban in that state on Friday, reports the Associated Press.

Judges in Michigan, Oklahoma, Texas, Utah and Virginia have struck down their state bans, wrote Krishnadev Calamur for the Two-Way Blog last week.

An appeals court in Virginia heard emotional arguments earlier Tuesday questioning whether marriage is a fundamental right in its review of a February decision overturning the state's ban.

Whichever way that court rules, writes Robert Barnes in the Washington Post, "the judges acknowledged that the work they and other appeals court judges around the country are doing is probably just teeing up the issue for the Supreme Court."